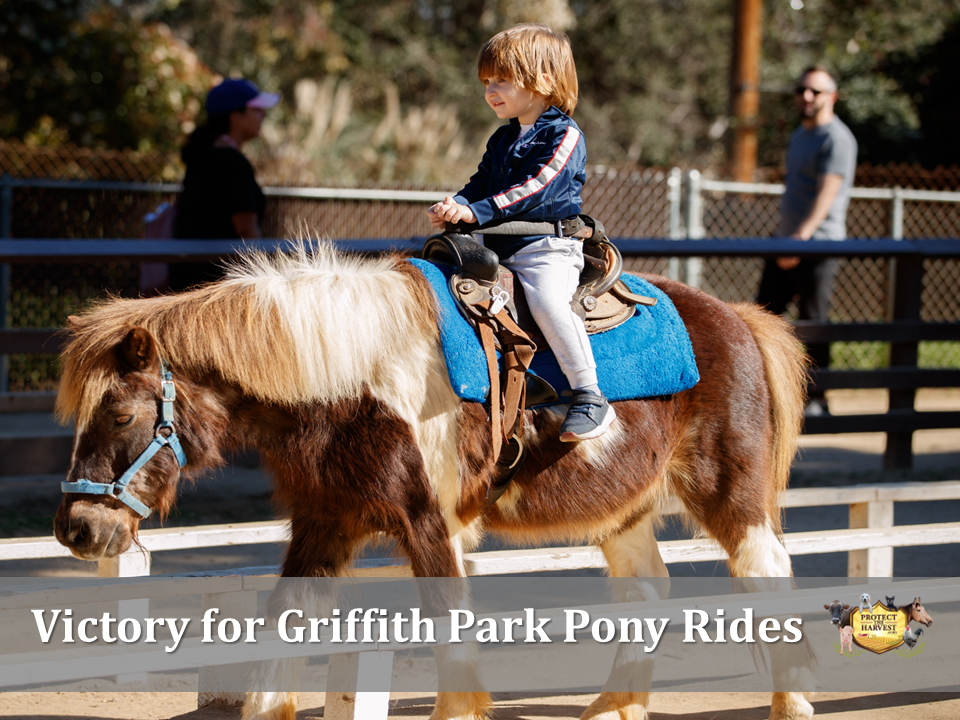 Due to efforts by Protect The Harvest and other concerned groups, the Griffith Park Pony Rides in Los Angeles has a renewed contract despite efforts by animal extremists to shut them down.
Protect The Harvest was honored to help keep alive the 70-year-old tradition of giving all children an opportunity to interact with horses.

Owner Steven Weeks stated, “Protect The Harvest was very helpful in our fight for a contract renewal. The articles you wrote, the many letters of support from your horse people, the petition you started, helped awaken public knowledge to the unfair charges being made against us by these militant animal protestors. Thank you.”

Our efforts reached over 400,000 Los Angeles residents and horse enthusiasts and garnered thousands of petition signatures.

Protect The Harvest would like to thank our many followers for their help in pushing out our articles to bring awareness of the need to stay aware of situations like these which will lead to loss of human animal bonds across the country.

Horses and Ponies: Not Hothouse Flowers

Who is the Los Angeles City Council Actually Serving?