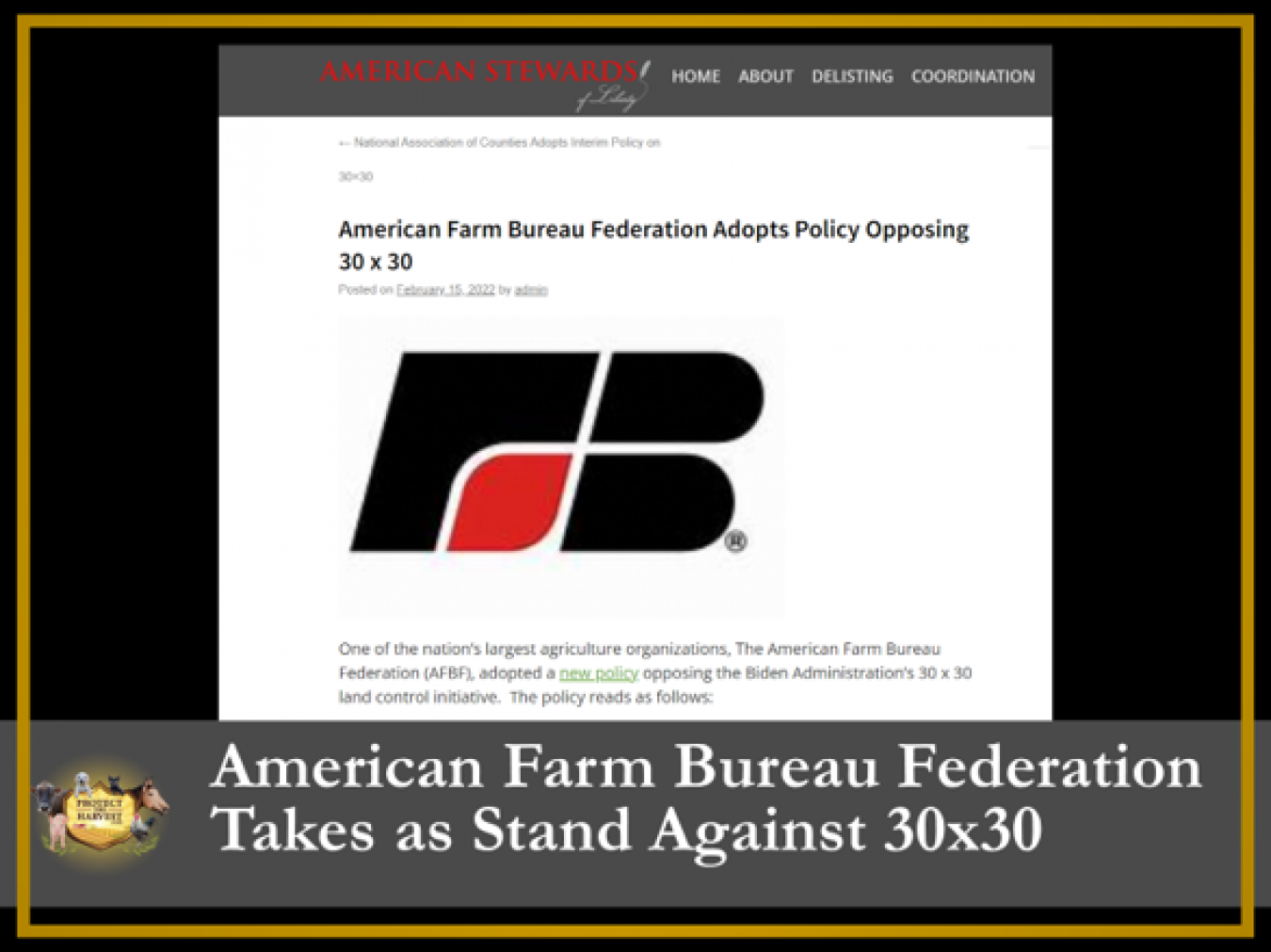 “We Oppose: The implementation of the 30×30 (America the Beautiful) goal in any manner inconsistent with our policies on land designations and management, voluntary and incentive-based programs, and any other relevant policy.” (AFBF National Policies 2022, #435-4.8)

Resolutions to oppose 30×30 were passed by several State Farm Bureau Associations, including North Dakota, Nebraska and Wyoming, leading up to the National gathering last month in Atlanta. The National Association debated and ultimately adopted the position to oppose the 30×30 agenda on January 11th. It is now the position the Federation will be advancing as they advocate for America’s farmers and ranchers.

This is a significant blow to the 30×30 initiative. The Biden Administration needs the agriculture community and landowners to voluntarily buy into the program in order to make progress towards permanently protecting 30 percent of America’s land in its natural state. The AFBF policy makes clear the Association opposes the 30 x 30 agenda and will protect its members rights to continue to grow agriculture and steward the lands as they have for generations.

AFBF’s action is an important step forward in the campaign to Stop 30 x 30, because they clearly state their opposition to the program. However, other national agricultural groups simply hold that property rights should be protected, but don’t emphatically oppose the agenda. In so doing, they give the 30×30 agenda credibility, even though the program has only been initiated by Executive Order and not authorized by Congress.

Regardless of how “conservation” is defined or what lands are to be included in the program, private property rights will be eroded. To be counted towards the program the Biden Administration will need administrative control and regulatory assurances over those lands.