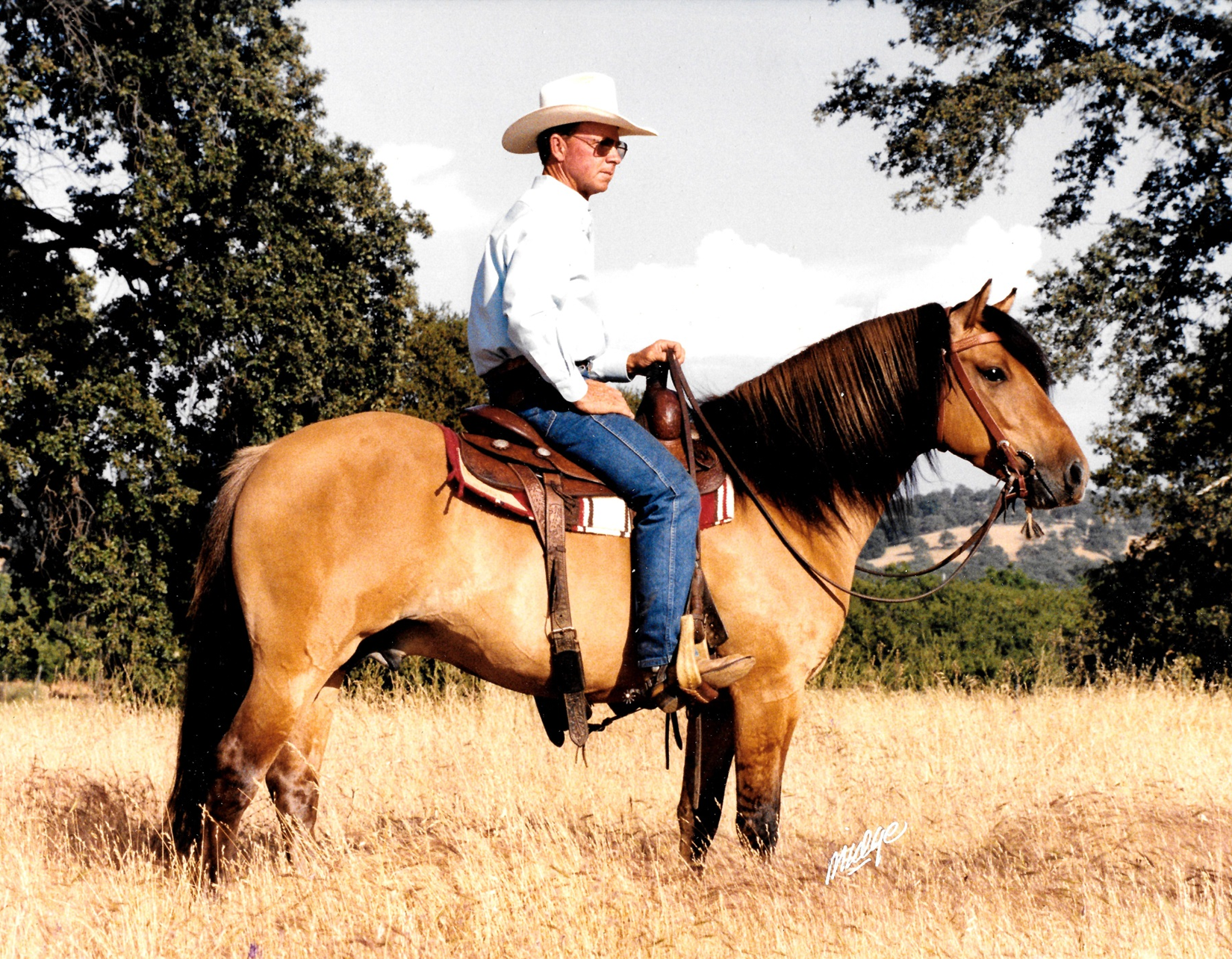 We had the opportunity to interview Bobby Ingersoll about his experience training and showing a horse from the Kiger Herd Management Area on Steen's Mountain. This horse is named, Kiger Cougar.

The Colt That Caught Bobby’s Attention

In 1990, Bobby Ingersoll was invited to view some BLM horses that had been gathered from Steens Mountain in Eastern Oregon. He first saw Kiger Cougar as a long yearling. Cougar was in a corral with a few other colts. “He caught my attention when I saw him pushing around another colt. He ran that colt up and down the fence and circled him. I watched him change leads while he was doing that. He was real balanced and showed natural instinct.”

Bobby explained that what we look for in today’s reined cow horse traces back to strong natural instincts; “When we say a horse has cow, it is natural herd instinct. The instinct to work a cow in our horses today traces back to the old mustang stallions that were successful in managing their herds.”

“When we say a horse has cow, it is natural herd instinct. "

To hear how and why Bobby chose Cougar out of a pen of other mustangs, follow this link HERE.

A Joy to Train – I Learned a Lot

Bobby described Kiger Cougar as a small horse with a little bit of knee action. When he took Cougar home, he was a long yearling. At two years of age he started Cougar and began training him for reined cow horse competition. “When Cougar was a two-year old he looked like a little rat, but he got real pretty as he matured.” 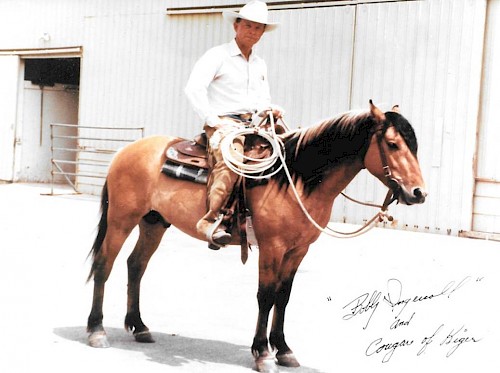 “He was a joy to train. At first, I had some people tell me about what I would need to do to him to get him gentle. But, I just started him out like the domestic horses I trained, and it worked. ” Bobby said that he learned a lot from Cougar in helping him to understand more about horses’ natural habits.

From Steens Mountain to the World Championship Snaffle Bit Futurity

In August of 1992, Bobby entered Cougar in the Snaffle Bit Futurity at the Fair in Paso Robles, California. They competed against a number of other domestic horses and won the class. From there, they traveled to a few breed shows to demonstrate the capabilities of the Kiger Mustang.

In September of 1992, Bobby took Kiger Cougar to compete at the World Championship Snaffle Bit Futurity in Reno, Nevada. They were up against 146 other horses. Bobby and Cougar finished 21st in the preliminaries. Together they showed everyone that the mustang could hold its own in the reined cow horse show pen. Twenty horses went back to the finals. Bobby and Cougar had missed it by only one point.

The Kiger Mesteno - A Recognized Breed

Bobby described the Kiger herd as being, “…small and unique. They were all the same size, same color; all dun or grulla.”

“Blood tests were run on the Kiger herd. The tests showed the ancestry of those horses went back to the Spanish Barbs, or Sorraia horses”, explained Bobby.

According to Bobby, in addition to their ancestry, credit for the Kiger herd’s unique characteristics is also given to the old herd sire, Mesteno. “He ran all of the horses with different colors out”.

Great interest grew in the Kiger horses after Cougar’s success showing in reined cow horse competitions. A breed registry was formed, called the Kiger Mesteno Association. Kiger Cougar is in their Hall of Fame.

Retirement at the Kentucky Horse Park

In 1994, Cougar was semi-retired to the Kentucky Horse Park in Lexington, Kentucky. During his more than 20 years at the Kentucky Horse Park, he provided visitors with the unique opportunity to learn firsthand about the Kiger Mustangs. Cougar lived out the rest of his days with his pasture buddy in Pennsylvania. He passed away on January 18, 2018 at the age of 28. He will be greatly missed!

Bobby Ingersoll started showing horses at an early age and has been showing and winning for many years. Some of his career highlights are winning the Snaffle Bit Futurity three times, winning the Triple Crown in 1975 (all 3 divisions) and winning the LA and North Western cutting Futurities. Bobby feels that winning isnt everything. He would rather be noted as a good horseman who understands horses and people. 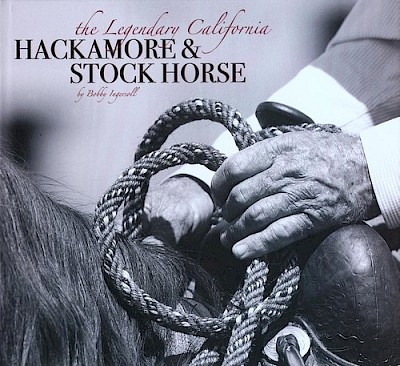 To order The Legendary California Hackamore and Stock Horse by Bobby Ingersoll:

Video about Kiger Mustangs narrated by Bobby Ingersoll including video of Kiger Cougar as a young colt in the Burns corrals: https://www.youtube.com/watch?time_continue=455&v=tMv477o7-zM