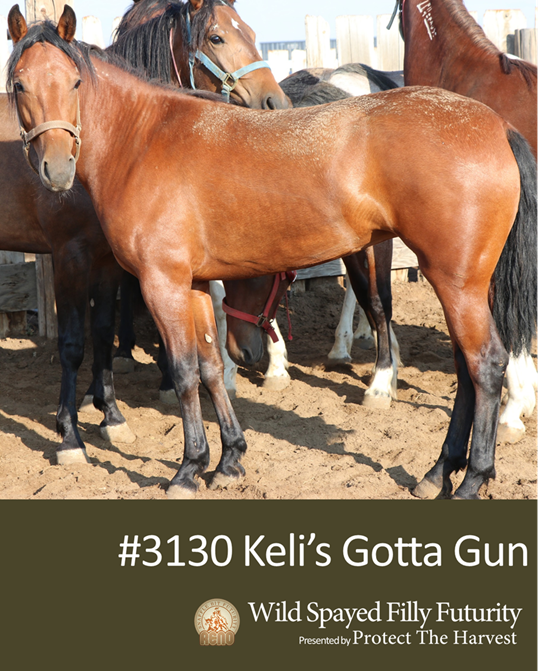 3130 Keli’s Gotta Gun was purchased at the Reno Snaffle Bit Futurity and is in training with Justin Jones of Jones Performance Horses. At home, Justin calls her Keli and they are planning to show at the 2018 Wild Spayed Filly Futurity in Reno, Nevada next year. If you would like to learn more about the competition and the events, click here: Wild Spayed Filly Event Overview 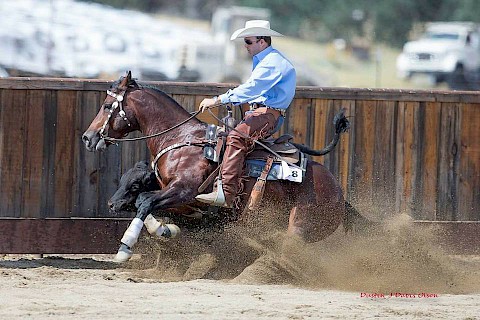 Justin Jones of Jones Performance Horses grew up on a Hereford ranch in Redding, California. There Justin and his brother and father rode and trained their own ranch horses. He didn’t get to experience what riding a performance horse was like until he was out of high school. Justin explained that he vividly remembers what that felt like and how it was different than any other horse he had ever ridden before. After that experience, Justin knew that he wanted to learn more. He wanted to be able to ride and train horses at that level.

His first few mentors included 2004 NRCHA Hall of Fame inductee Stan Fonsen and Dave McGregor, a NCHA and PCCHA Hall of Famer. Justin says the time spent with these trainers, “…taught me a lot about the horse’s mind”. He says that they helped him develop his horsemanship skills even further. Just before going out on his own, Justin worked half time with 2004 NRCHA Hall of Fame inductee, Smoky Pritchett. Smoky helped him with his first reined cow horse futurity colt. After learning from Smoky and others, Justin began training on his own full-time.