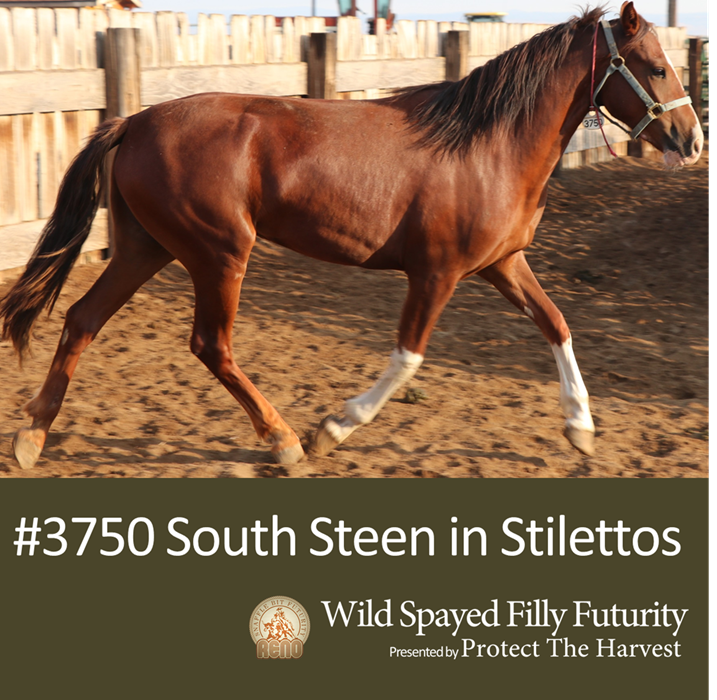 Justin Wright of Justin Wright’s Performance Horses grew up raising Quarter Horses specifically bred to excel in reined cowhorse. He has shifted away from running a large breeding operation to now focusing on training horses and people. He and his three brothers all rode from an early age; one of his brothers, Greg Wright, even won the NRCHA Snaffle Bit Futurity in Reno, NV in 1985. Justin began competing at the age of 14 and in 2002, at the young age of 16, competed in the NRCHA Snaffle Bit Futurity for the first time.

Since then he has won the Western States Horse Expo Magnificent 7 All-Around Stock Horse Championship twice, and just this year won the 2017 NRCHA Derby in Paso Robles, CA and placed in the Top 5 at the NRCHA Snaffle Bit Futurity in Forth Worth with two different horses.

Justin explains that he looks forward to the Wild Spayed Filly Futurity with Stilettos because it’ll be “challenging and fun”. He also wants to thank everyone involved with making the purchase of this filly possible. Justin currently trains out of Eric Frietas’ Ranch in Santa Maria, California.

Russell Probert’s family runs cows in Eastern Oregon which had him in the saddle at a very early age. When Russell was 11 years old his father brought home a couple two year olds for him to start. His father guided him through their training and taught him a lot about horsemanship. In high school he rodeoed and then in 2012, at the age of 19, Russell went to work for Justin Wright.
In the 5 years since then, Russell has been training exclusively reined cow horses with Justin at Eric Frietas’ Ranch in Santa Maria, CA. In his first year of showing reined cow horses he won the Level 1 Open Championship at the NRCHA Snaffle Bit Futurity in Reno, NV. And just this year Russell claimed the 2017 National Stock Horse Association (NSHA) Derby Open and Intermediate Open Championship.

Russell says that the support of his parents, instruction from Justin and the guidance of numerous other trainers have allowed him to be where he is today.

Daniel Sanchez was raised on the Wright’s ranch in San Juan Batista, California where his father has worked for over 20 years. Daniel started riding competitively at an early age. In addition to growing up and riding with the Wrights, Daniel apprenticed under AQHA Jr. Working Cow Horse World Champion and NRCHA Snaffle Bit Futurity Champion, Jake Gorrell. While he worked for Jake he competed in the 2015 NRCHA Snaffle Bit Futurity in Reno, Nevada for the first time when he was 21 years old.

Jared Jones was raised on a ranch and learned to ride with his father’s guidance. In high school he started working on a ranch starting colts and learning more about horsemanship with Randy Everett. In 2016, he worked for Clayton Edsall for about 10 months before moving to Justin Wright’s in 2017 for an apprenticeship.
In 2017 in Jared’s very first year of showing reined cowhorses he was Level 1 Reserve Champion at the NRCHA Derby and at the 2017 NSHA Futurity he was the Level 1 and Limited Open Futurity Champion. Jared explains that the training from Clayton, Justin and Korie Baker are his biggest influences.

We look forward to what Justin, Russell, Daniel and Jared will bring to the 2018 Wild Spayed Filly Futurity on 3750 South Steens in Stilettos!