3929 THREE FINGERS FOX IN THE ROCKS 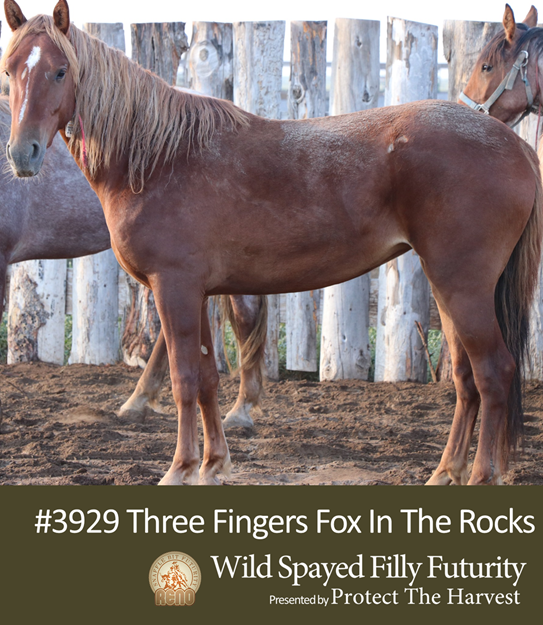 Three Fingers Fox In The Rocks was purchased at the Reno Snaffle Bit Futurity and is in training with Bobbi O’Brien – Hall of O’Brien Performance Horses. At home, Bobbi calls her Fox and they are planning to show at the 2018 Wild Spayed Filly Futurity in Reno, Nevada next year. If you would like to learn more about the competition and the events, click here: Wild Spayed Filly Event Overview

Bobbi O’Brien – Hall began riding at an early age, and in high school she trained in Dressage. In 1995, she started her own barn and competed in local shows. Later, Bobbi started to focus on Team Penning, Ranch Sorting, and Cowhorse events which is where her passion now lies. Bobbi currently trains full-time out of Skyhawk Ranch in Redmond, Oregon. She was the 2012 Oregon Foundation Quarter Horse Club Supreme Cowhorse Champion and Reserve Champion. She has also won numerous Team-Penning and Ranch Sorting awards.