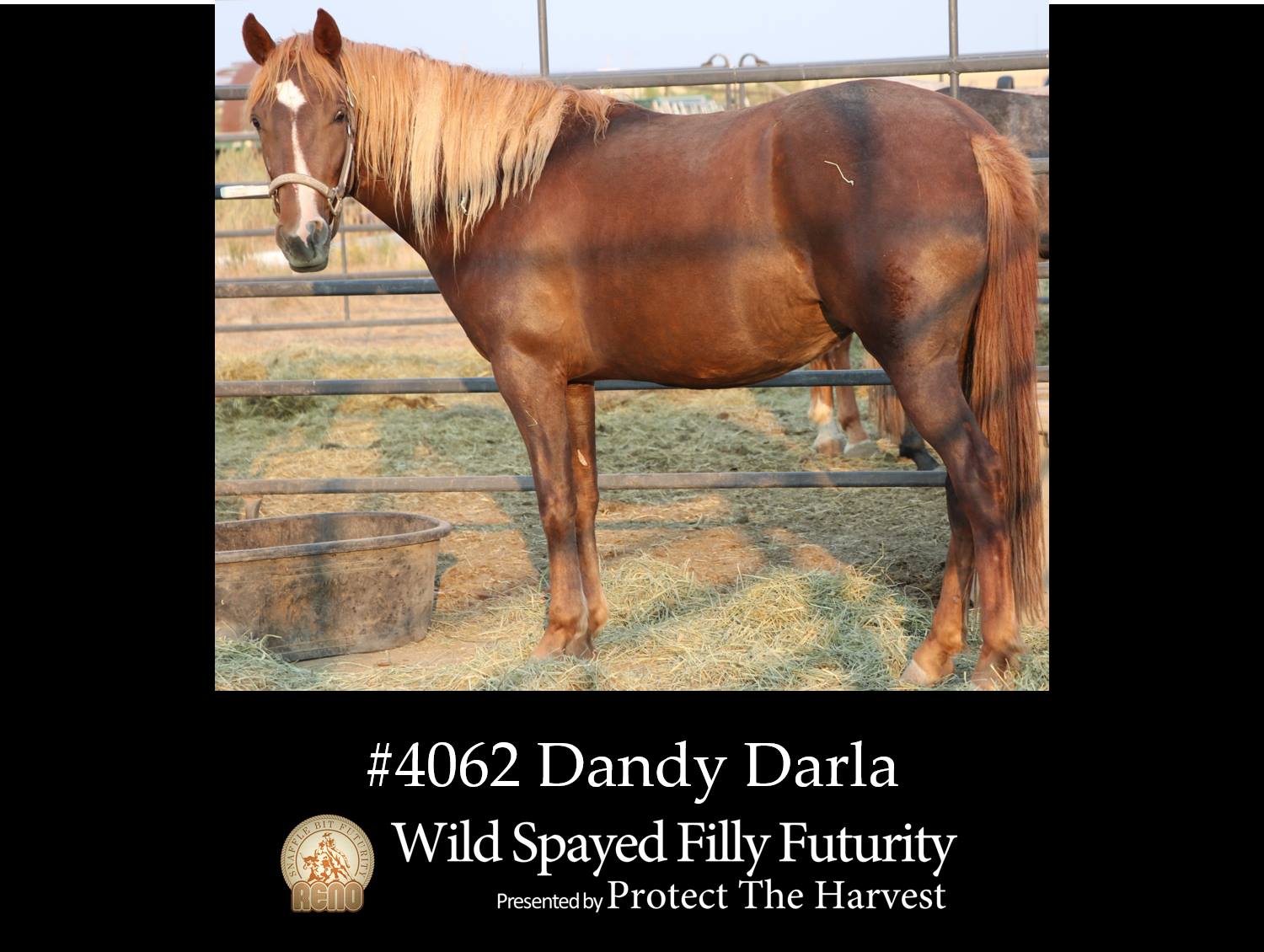 The Wild Spayed Filly Futurity – 4062 Dandy Darla was purchased at the Reno Snaffle Bit Futurity and is now in training with Whitney Campbell of WRC Horsemanship.

Reined cow horse is an event that Whitney had always wanted to learn to do. Whitney competed in the 2018 Wild Spayed Filly Futurity with South Steen’s Roany Wrinkles had and ended up coming in 6th overall for her 2nd time ever going down the fence! She loved the experience and the sport so much that she was excited to do it again and came home with Dandy Darla for the 2019 program!

Whitney began working with horses when she was 7 and knew it was a lifelong passion she would continue to pursue. By 16, she had completed multiple certification programs at the top of her class and was well on her way to turning her passion into a career. She started working with mustangs in 2008 and over the past 11 years has become a multiple prelim champion at the Mustang Makeovers across the country and is also Vice President for the Mustang Yearlings and Washington Youth nonprofit in Washington State.

In the Spring of 2019, Whitney will be moving their training program from Lake Stevens, WA to the beautiful Kittitas Valley in Ellensburg, WA – where they can grow the business and have the space to spread out.
Look for Whitney and Dandy Darla to compete in the 2019 Wild Spayed Filly Futurity in Reno, Nevada next year.