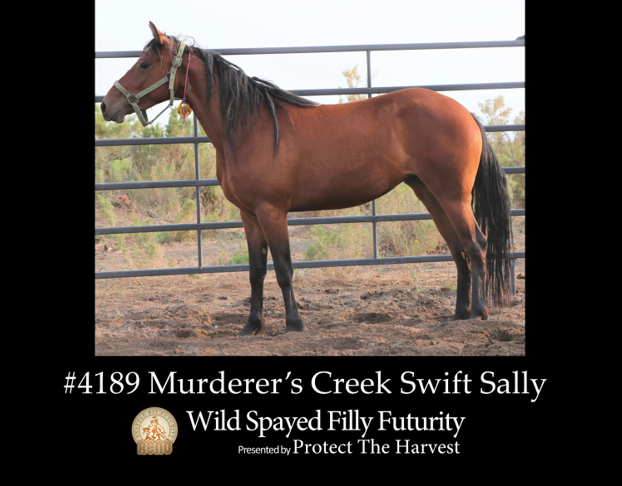 The Wild Spayed Filly Futurity – #4189 Murderer’s Creek Swift Sally was purchased at the 2018 Reno Snaffle Bit Futurity and is now being trained by owner, Shelby Rosholt

Immersed in programs such as 4H and High School Equestrian Team, Shelby Rosholt’s youth involved all things horse. Her innate equestrian passion kept her in the saddle learning to ride a difficult first horse at the age of 9. Rosholt credits the help of many talented horsemen and women for sculpting her as a rider and person. 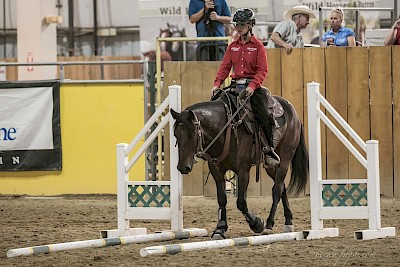 In 2010, Rosholt trained her first Mustang with the Teens and Oregon Mustangs program. This experience left an indelible mark on her soul for the spirit of the mustang. Since then Shelby has regularly competed in the Extreme Mustang Makeovers program. Her most notable achievements were earning the Young Gun awards in the 2016 Idaho Mustang Makeover with her gelding Bandit and in the 2017 Washington Mustang Makeover.

In 2018, Shelby made her debut as an inspiring clinician at the Idaho Horse Expo. In her program, Shelby works each horse as an individual. Rosholt strives to stand out by bringing a horse psychology-based approach to all aspects of the equine industry. She focuses on the longevity of the equine athletes; she’s blessed to ride great horses and to further her client’s education. 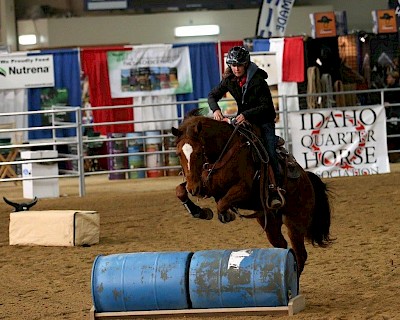 Shelby is excited to participate in the 2019 Wild Spayed Filly Futurity. As a veteran mustang ambassador, Rosholt is up to the challenge of developing “Swift Sally” into a solid competitor. Shelby said that 2019 will be a year of growth and new experiences for SJR Horsemanship! Shelby is the owner of SJR Horsemanship, in Boise, Idaho.

Look for Shelby and Sally to compete in the 2019 Wild Spayed Filly Futurity in Reno, Nevada next year.