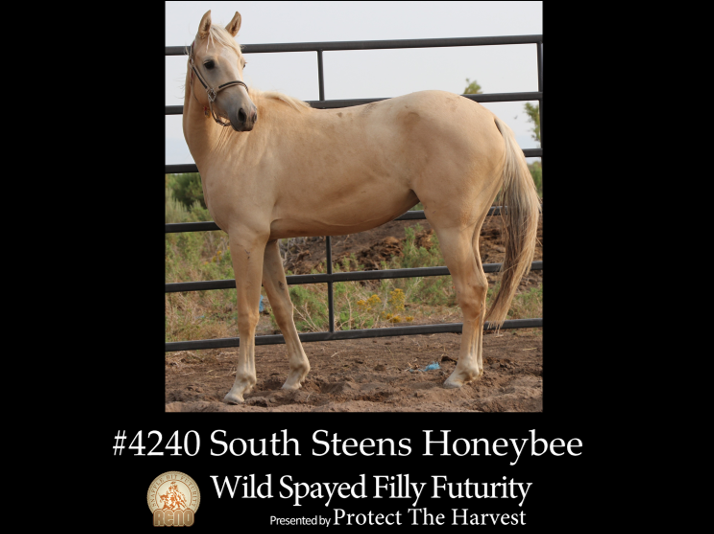 4240 South Steen’s Honeybee was purchased at the 2018 Reno Snaffle Bit Futurity by Sabrina Amidon of Hidden Valley Ranch LLC and is now in training with Jason Gay. 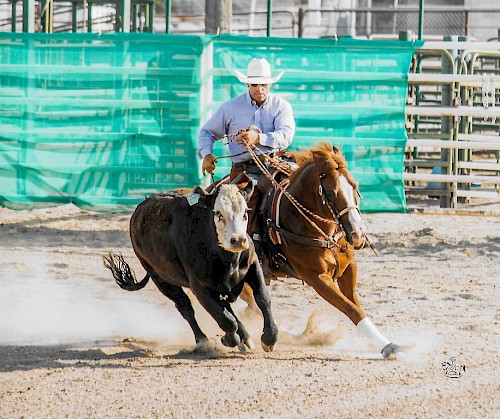 Jason Gay has never been afraid of hard work, but that quality is a by-product of how he was raised. He grew up in the little mountain town of Huntsville, Utah where his family bred quarter horses. Jason trained his very first pony at the tender age of seven. After that his love for training horses was undeniable. Throughout his early years Jason competed in rodeo events and earned himself a scholarship to Weber State University where he was an active member of their rodeo team. Soon after college, Jason went to work for the well-respected reining trainer Kim Wagoner, where he spent four and a half years before making his move to Arizona.

Jason had the privilege to work for Million Dollar Rider Corey Cushing for three and half years. There he started his show career allowing him the opportunity to show his first futurity horse; in 2012 he finished as a finalist. His last stop was Caldwell, Idaho when a position with Million Dollar Rider, Jake Telford, became available. Jason spent three and a half years with Jake learning and excelling in the show arena. It was in 2015 when Jason stood out and earned over $38,000, making him Equi Stats Limited Open Rider of the year. The last 12 years have allowed Jason to develop his program and acquire the knowledge that he has needed in order to build his business.

In 2010, Jason met his wife, Kailey, and they were married shortly after in the summer of 2012. Then, in 2016, he had an opportunity to pursue his goal of working for himself. Tim and Kathy Alward purchased a facility in Parma, Idaho, allowing Gay to officially establish Jason Gay Training & Cow Horses, which he runs with his wife Kailey.

Kailey now oversees the barn management all while caring for their sons, Carder and Cobey. She was raised on her family’s ranch in Arizona where she grew up riding and competing. Her love for horses and cattle along with her mind for business are an important asset to Jason’s program.

Look for Jason and Honeybee to compete in the 2019 Wild Spayed Filly Futurity in Reno, Nevada next year.