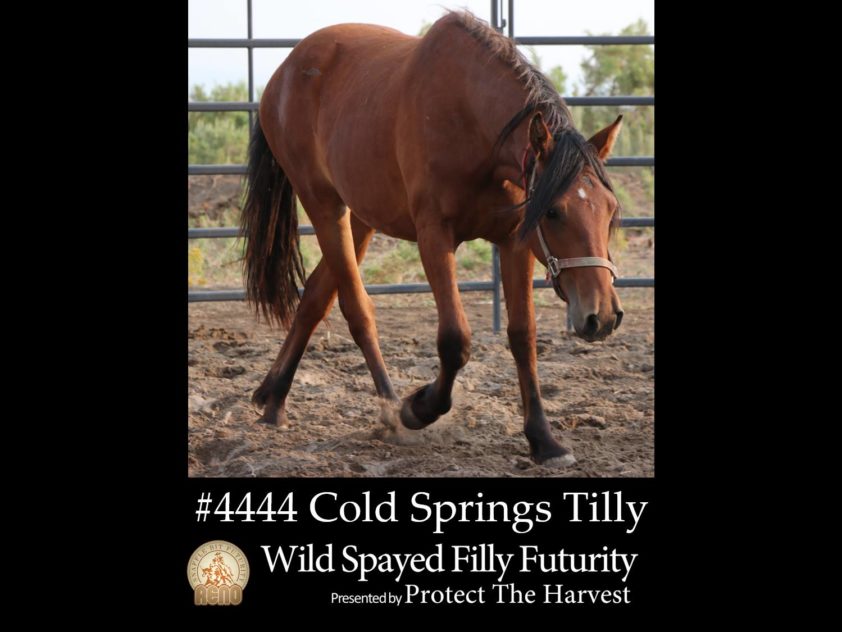 The Wild Spayed Filly Futurity – 4444 Cold Springs Tilly was purchased at the 2018 Reno Snaffle Bit Futurity and is now in training with Randall and Wylene Davis. 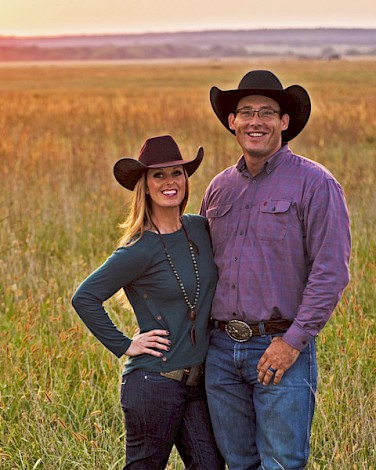 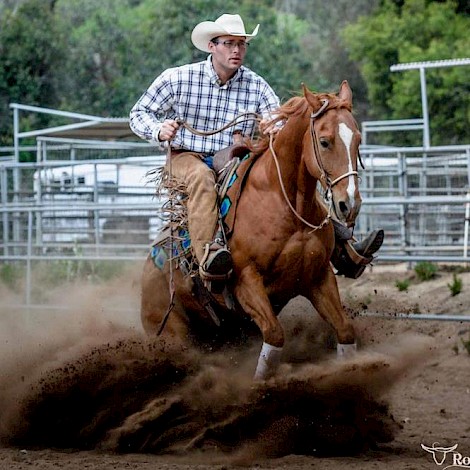 Randall Davis was raised in Oklahoma and learned how to ride under the guidance of Joe Perry. Joe was a local horse trainer and farrier who also owned a small rodeo stock contracting company. Randall tried his hand at riding bulls and broncs and although it wasn’t a long career, he says it taught him a lot. He says that Joe really influenced his horsemanship and his life in general.

Several years ago Randall stopped training horses professionally and focused his career on ranch management. He now manages a 60,000 acre bison ranch in the Sandhills of Northwest Nebraska. He calls himself a “full-time cowboy”, his horses are used on the ranch daily. Randall will be returning to the show pen with Cold Springs Tilly when they compete in the Wild Spayed Filly Futurity. 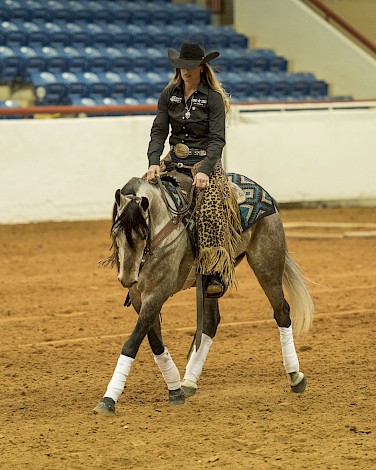 Wylene grew up on her family’s farm in Mesa, Arizona, and started riding at a very young age. As she got older, she competed in local gymkhanas, rodeos and jackpots and eventually became an Arizona High School Rodeo State Champion. As a high school senior Wylene also competed in American Quarter Horse Youth Association’s World Championship Show on a horse she had trained herself.

In 2005 – 2008 Wylene competed in Extreme Cowboy Races and it was then that she was introduced to the Extreme Mustang Makeover Challenges. Over the years, she has trained 14 horses in that program. She is now a 3-time Extreme Mustang Makeover Champion and the first woman to win it. She was also featured in a documentary about the program called, “Wild Horse, Wild Ride”. Now, Wylene travels the country leading horsemanship clinics that focus on confidence in the saddle.

THE PLAN FOR TILLY

When Wylene and Randall decided to attend the Reno Snaffle Bit Futurity, they did not have plans of getting involved in the Wild Spayed Filly Futurity. However, as the week went on, they decided it would be fun to buy a filly and to compete. When the sale came around, Tilly was the second to the last to be auctioned off. As soon as they saw her move, they decided that she was “the one”.

Wylene and Randall plan to both work with Tilly in preparation for next year’s competition. They originally planned that Wylene would put the first 90 days on her to get her soft under saddle, but since they began riding, they have come to realize that it hasn’t taken half that time to get her there. Wylene said: “Without a doubt she is the nicest mustang either of us have ever worked with”. Wylene attributes Tilly’s willingness to her being spayed. After Wylene is finished working with Tilly, Randall will train her for the reined cowhorse events. Look for Randall and Cold Springs Tilly to compete in the 2019 Wild Spayed Filly Futurity in Reno, Nevada next year.