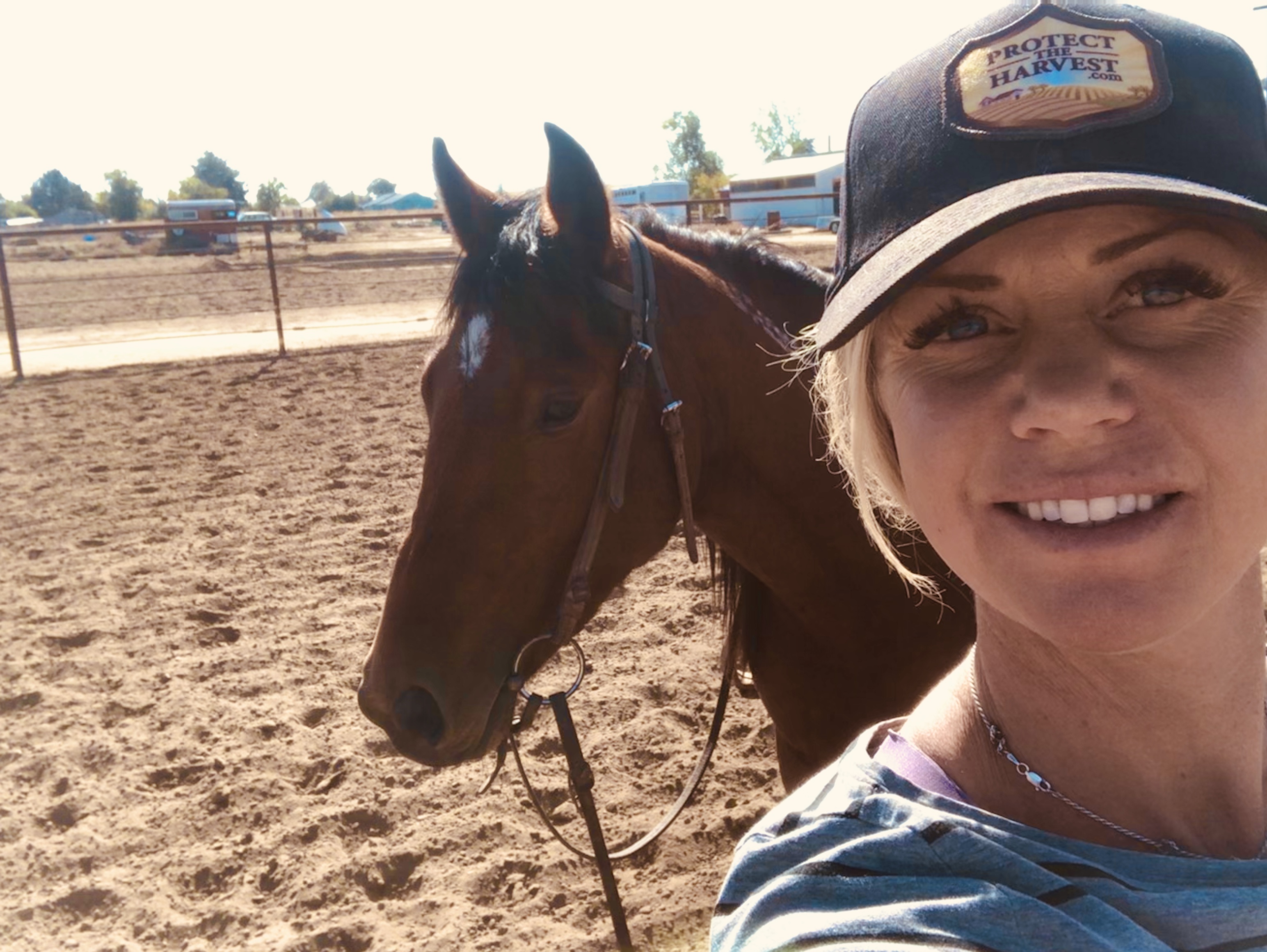 Juniper Jane was purchased at the Reno Snaffle Bit Futurity and is now in training with Carol Schryver of Nampa, Idaho. They are planning to show at the 2020 Wild Spayed Filly Futurity in Reno, Nevada next year. If you would like to learn more about the competition and the events, click HERE.

Carol Schryver grew up riding horses, but if you ask her mother when Carol started riding, she’d tell you “in the womb.” Throughout Carol’s youth, her parents worked on ranches and trained horses throughout California. The family finally settled in Southern California, where Carol’s father became the head of the horse program at the prestigious Thacher School in Ojai, where riding is a requirement. Carol worked as a riding instructor and had access to as many as 120 horses to ride on any given day. As part of the school program, her father adopted mustangs and Carol helped start and train them. In fact, her first competition horse was a mustang named Whitey. 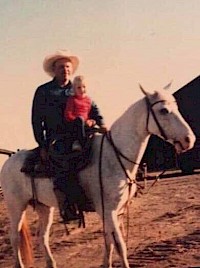 Carol and her dad on Whitey

Carol’s first job out of high school was for cutting horse trainer, Phil Hanson. She went on to work for a number of well-known cutting and cow horse trainers, including the likes of Scott Weis, Brandon Staebler, Chris Dawson, Randy Paul, Clayton Edsall, and Todd Bergen, but says she has learned from a lot of people along the way.

Carol has shown reined cow horses on and off through the years. The first cow horse she showed was her father’s stallion, Burgundy Tangy, at the 2004 NRCHA Snaffle Bit Futurity. She showed him again in the hackamore the following year, and her father then went on with him to win two national titles in the Extreme Cowboy Race. In September 2019, Carol won the Montana Reined Cow Horse Futurity Limited Open class on a son of Metallic Cat. She currently rides and trains in Nampa, Idaho.

Considering Carol’s experience, competing in the Wild Spayed Filly Futurity is a perfect fit. Carol chose “Sister” for Juniper Jane’s barn name, in honor of her younger sister who passed away in 2018. Carol said, “I just want to thank Protect The Harvest for giving me this opportunity. It means a lot to my family. Plus, I just want to make a nice horse for Sister’s future owner.”