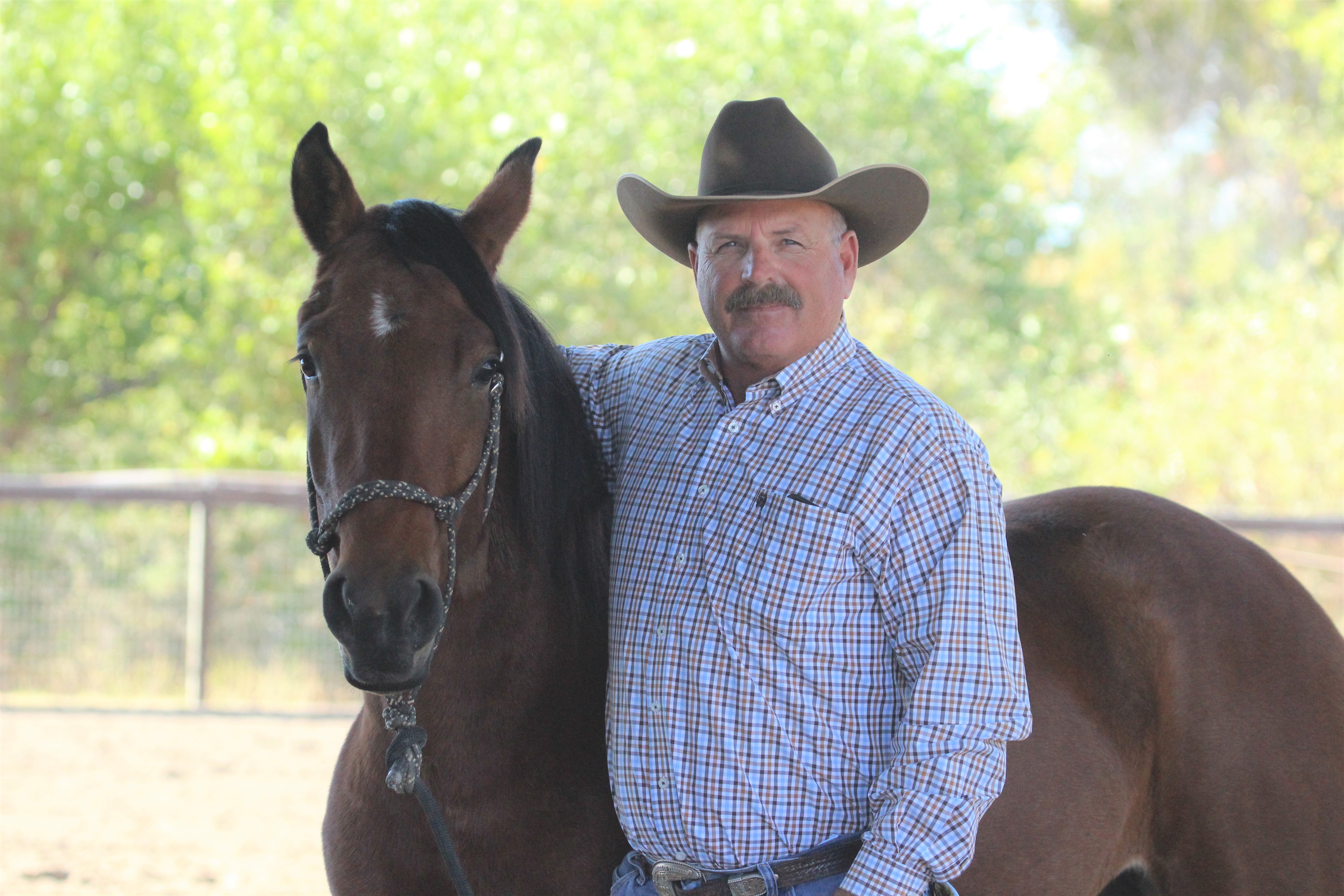 Cold Springs Jackie O was purchased at the Reno Snaffle Bit Futurity by Rachel Rey of ERJ Ranch, Templeton, CA, and is in training with Ed Robertson. They are planning to show at the 2020 Wild Spayed Filly Futurity in Reno, Nevada next year. If you would like to learn more about the competition and the events, click HERE.

Ed Robertson was born in 1959 in Malta, Montana. Growing up on a ranch was only the beginning of what’s been a lifetime of experience in various branches of agriculture across the west. In the early 1970s, his family moved to Bruneau, Idaho where they farmed extensively. Early on, though, Ed had a love of horses and all things cowboy, and was only nine years old when he started working for a grazing association in the summers.

Ed feels extremely fortunate to have grown up the way he did, learning from some of the best horsemen in history. In fact, his 4-H group was one of Ray Hunt’s first clinics.

After graduating from high school, he moved to Battle Mountain, Nevada and spent the next 25 years cowboying in Nevada and California. In Nevada, he worked with ranchers and horsemen, Tom and John Marvel. He also enjoyed Tom Dorrance and Gene Perkins as mentors.

Having such renowned influences led Ed to the firm belief that there is a big difference between horse trainers and horsemen. In his years cowboying, he rode numerous mustangs and enjoyed them for the fact that they make you have to think like a horse and be extra considerate.

His experiences ranching and riding mustangs help lay the foundation for success training and showing reined cow horses and cutting horses. His list of titles includes wins in some of the most competitive levels in National Reined Cow Horse Association (NRCHA) shows, from snaffle bit to bridle, as well as wins in the cutting arena.

Ed has seen first-hand the changes since the Wild Horse & Burro Act was passed in 1971, and his involvement with the Wild Spayed Filly Futurity stems from his belief in the need for a viable population control method for on-range mustangs.