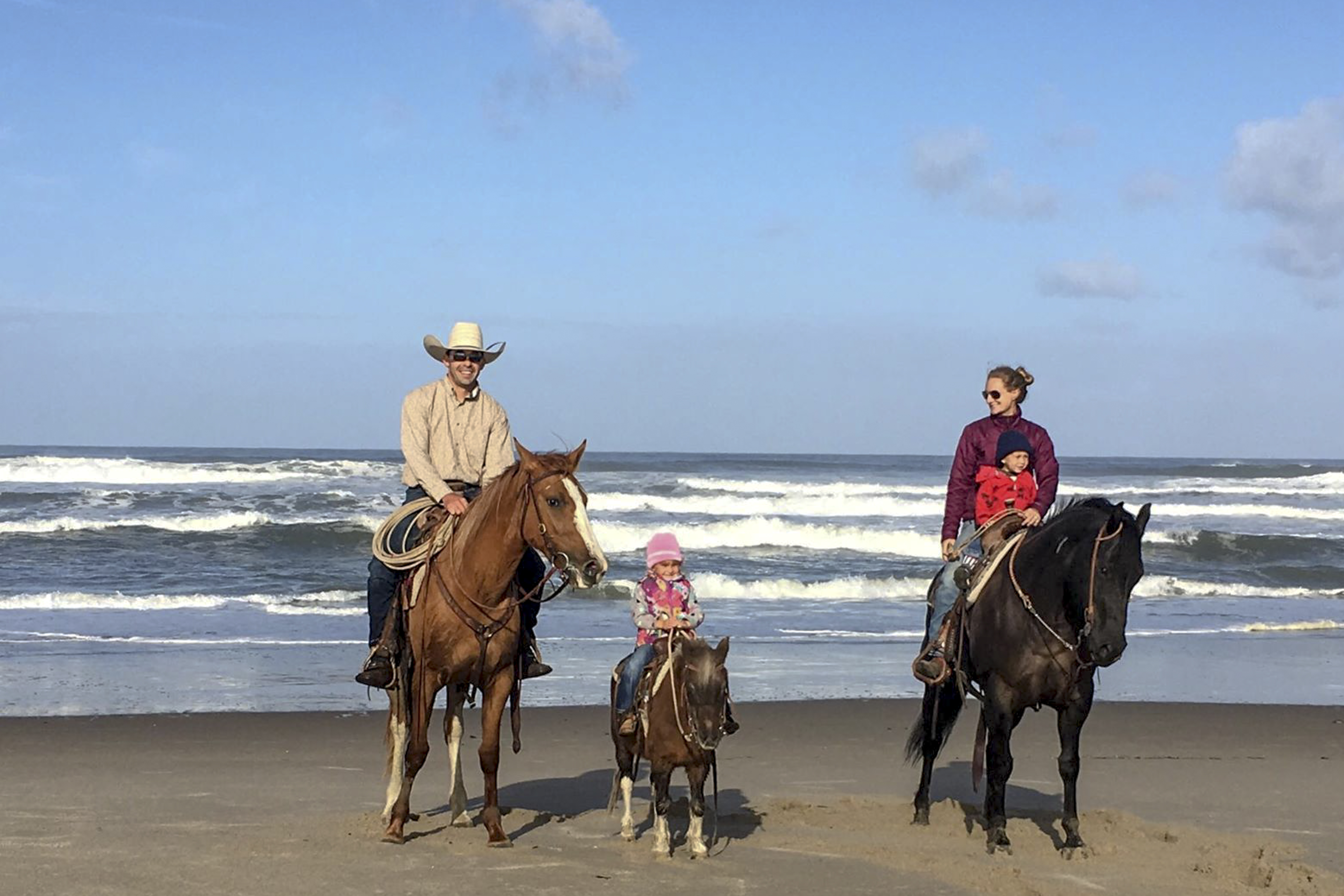 Growing up, Derek Hammer did not get much opportunity to ride horses but loved them none the less. By 2010, however, he was starting colts for a good friend. What his now-wife, Amanda, remembers is how fearless and focused he was with the horses he started. His primary motivation in training was to improve his balance and coordination for riding bulls.

Amanda, who grew up riding, owned her own small horse business in Government Camp, Oregon when they met. She and Derek ran it together, offering guests trail rides in summer and sleigh rides in the winter. Some of the guest horses were mustangs, most making good mounts. It was a fun business, but they both had the desire for the ranching lifestyle and were looking for a new adventure.

Re-locating to Burns, Oregon, in April 2012, they were introduced to reined cow horse at a small local fair futurity. The Hammers enjoyed the events and also developed a healthy respect for the amount of training needed to finish a horse in those disciplines.

In 2015, Derek started working at the Wild Horse Corrals in Burns as a wrangler. This gives him a unique perspective about wild horses on the rangeland. This is what he had to say about it. “One thing I’ve learned from working at the horse corrals is how truly uninformed the public is about the wild horses. They believe outrageous untrue stories put out there by the animal activists who are seeking donations and do so by pulling on people’s heart strings and preying on those who don’t know what fact or fiction is. I’ve seen firsthand how overpopulated the horses are and how they are running out of feed and water. I probably wouldn’t have Winnie to ride right now if it wasn’t for BLM hauling the horses water last summer. My experience with the Protect The Harvest and the Wild Spayed Filly Futurity has shown me that spaying mares is a viable option for herd management and it should be implemented by the BLM as a way to maintain healthy herds in the wild.” 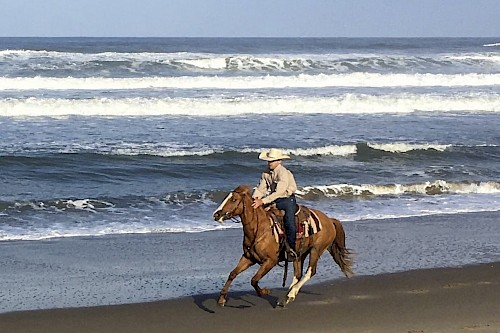 The Hammers support spaying of mares, sharing that it would be a very effective and humane way to keep the herd populations at a healthy number. They know the spayed mares returned to the wild would get to live a better life without adding to the over population by producing a foal every year.

“Spaying them would be a one-time procedure that would last the lifetime of the horse where she could be returned to the wild to live out the rest of her life. Spaying the mares is a very cost effective, humane and ethical solution to the problem we face with overpopulation of the wild mustangs,” shared Amanda.

For the last two years, Derek and Amanda have traveled to Reno, Nevada, to watch the Wild Spayed Filly Futurity.

When asked about the horse sale, Amanda told us the story of buying their 2020 Wild Spayed Filly, Warm Springs Winnie.

“We were inspired by the trainers who participated. We definitely hadn’t planned on buying one of the spayed fillies for this event ourselves. We hadn’t discussed it or anything. We knew what they sold for in previous years and that was out of our budget, so we never even had a conversation about getting one.”

“I guess while watching the 2019 spayed filly futurity, although I didn’t verbally say it, deep down I thought how fun would it be to train one. It is a good challenge. We both have respect for the trainers who did it, knowing it would take great deal of dedication and work. So, I bid on one and bought it without Derek. We had actually been studying the catalog together, planning to buy a nice performance bred filly if we could afford one. I knew he might be mad at me for doing such a thing without consulting with him. Derek was mad at first, but he got over it quick. In fact, as soon as we finalized the purchase, he found a saddle and lead rope to borrow.”

As soon as he found a saddle, Derek went out and put Winnie in a small pen to work with her. That went so well that he rode her for the first time that very afternoon.”

Since Reno, Winnie has continued to be trainable and is doing very well. By the eighth ride, Derek took Winnie on her first cow drive, and she did amazing, rainstorm and all! Though, true to her rangeland roots, Winnie would not face the storm, she stopped and put her rump into the wind with her head low. Recently, on a family travel weekend, Derek rode Winnie on the beach, taking her into the ocean. Derek said, “Winnie is gentle and a sweetheart of a horse.” 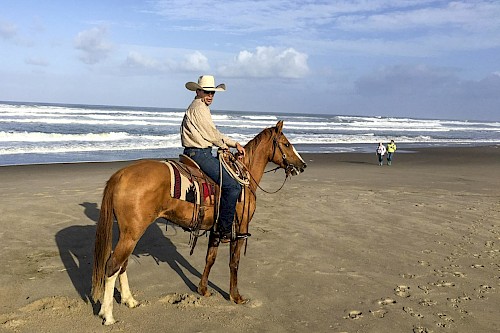 After Derek gets a good start on Winnie, Amanda will start the reining and cow training in the arena.

The Hammers are excited for the next year of training Winnie, and to learn and grow in their horsemanship skills, gain memories and create new relationships from the experience. They are also proud to continue to support Protect The Harvest and the Wild Spayed Filly Futurity in a new way.