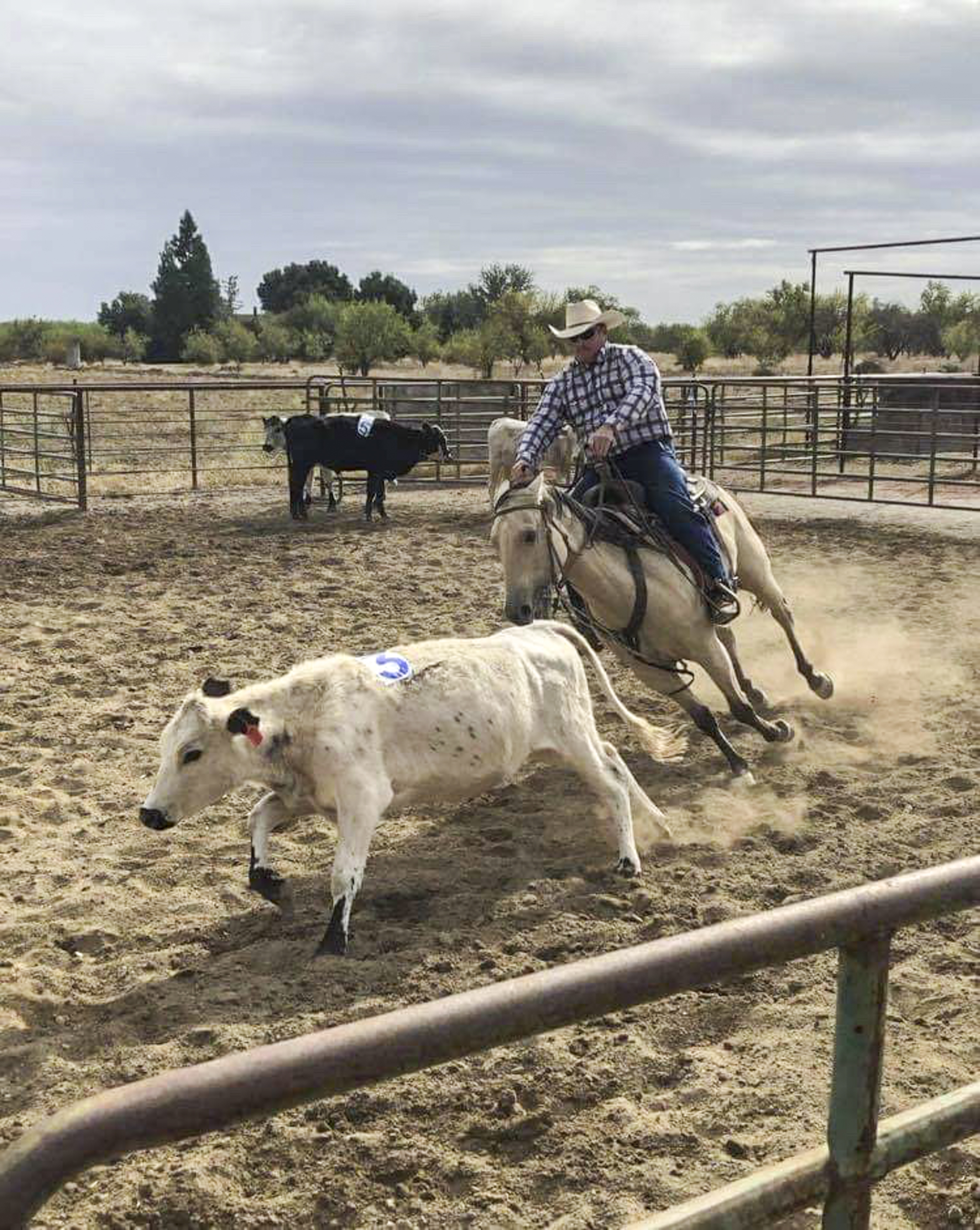 Warm Springs Blackberry Belle was purchased at the Reno Snaffle Bit Futurity and is now in training with Rusty Milliken of Pleasants Valley RIding Arena. They are planning to show at the 2020 Wild Spayed Filly Futurity in Reno, Nevada next year. If you would like to learn more about the competition and the events, click HERE.

When he was in his early teens he got involved with a program where, in exchange for feeding through the winter, a Quarter horse was yours for the entire winter, however that only lasted one year. As Rusty explains “They wanted their horses walked sedately around, and well, I rode around on that horse everywhere”. When he was about fourteen years old, Rusty had his first real riding lesson, and learned on the first lesson something that has stuck with him: “There’s a difference between riding a horse and going for a ride.”

Rusty’s mom, Joetta Griffin got into quarter horses at this time too. After his first child was born when he was 21, Rusty moved out to Vacaville, California, where he is partner and ranch manager of Pleasants Valley Riding Arena with Joetta. Rusty wanted to be close to his child while she was growing up and with working six days a week in other states, he knew he had to make the move. In his early twenties Rusty began doing some competing, but realized he loved training more when he began training horses for his children.

Rusty continues training about 50 of his family’s horses, as well as outside client horses. He teaches lessons on Sundays as well. He explains that he loves teaching the kids best because they are like sponges; they listen and do as they’re asked instead of overthinking everything the way adults do. Many of the horses he trains are considered “problem” horses, but he finds they usually have been rushed and need to relearn the basics. Rusty and his family compete in ranch sorting and he does a lot of cow work in his training program. He finds that he is influenced by people who have good advice and make sense, while shying away from those who say there’s only one right way or that their way is better than others. 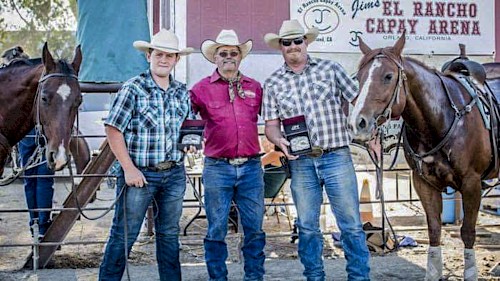 Pleasants Valley Riding Arena is a close group so in September, a group of them traveled to Reno for the Wild Spayed Filly Futurity as their other onsite trainer, Ann Simon, was riding her 2019 WSFF, and they wanted to show her support. While watching the event, Rusty got more interested, realizing that this was something he could do, and was encouraged by his friends. He also is a self professed “mare man,” loving the fire, willingness, intelligence and try of the mares he’s worked with. He liked the way Warm Springs Blackberry Belle looked-- her blocky little Quarter horse type body and flat smooth movement—so he bid on her. He says she’s a “smart little girl”- she only takes a couple minutes to figure out what is being asked of her, and then doesn’t forget it. His plan, at this point, is to sell her on, however, he did say his son was in love with her and wants her for his own.