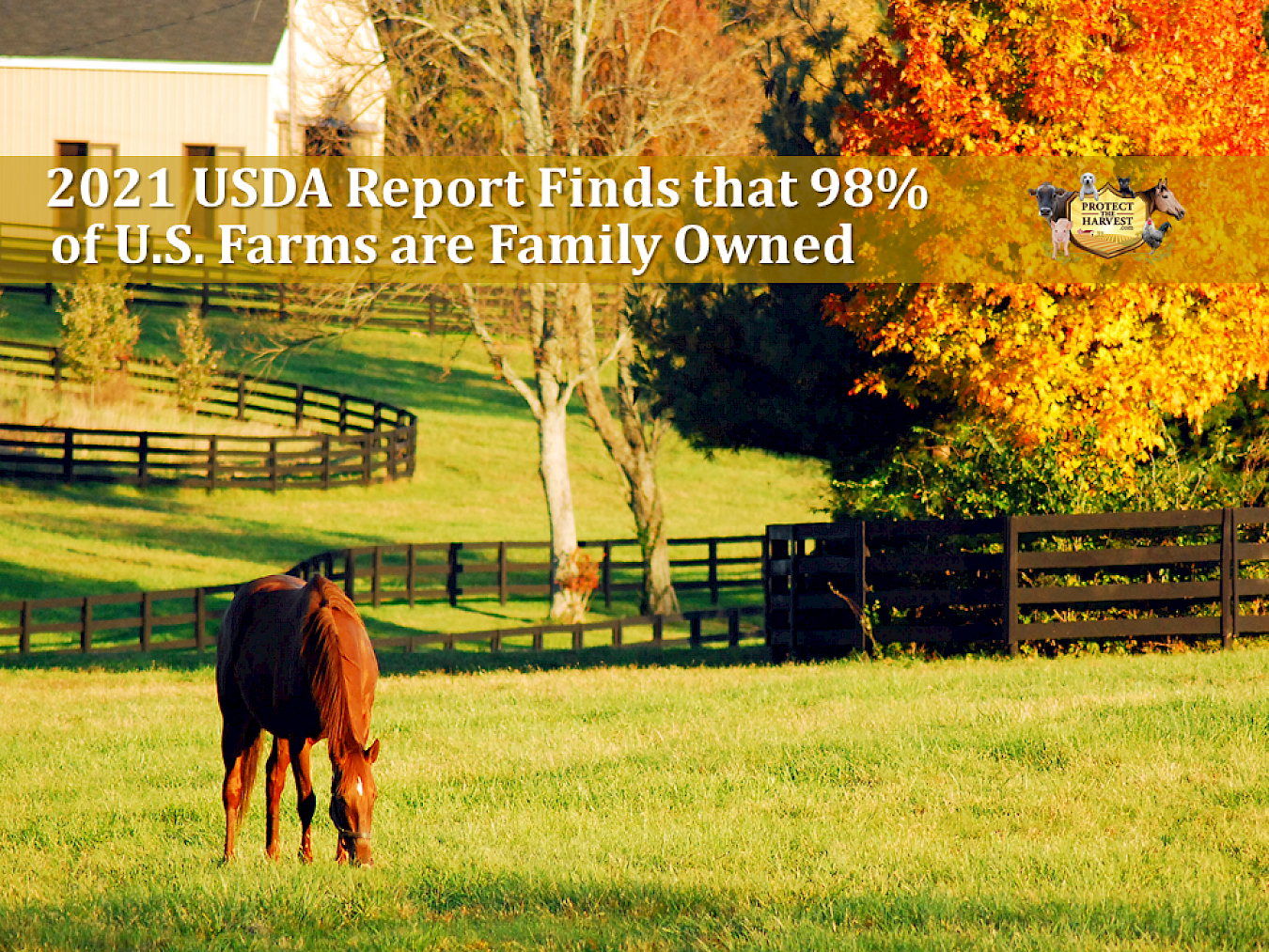 In the 2021 edition of the USDA report, much of the numbers were compared with the 2011 report, which was the earliest year using the same typology. While many things have remained constant, the comparison tells a different story.

The information for these statistics are compiled from the Agricultural Resource Management Survey using a sample of approximately 11,841 farms.

More facts from the 2021 USDA report:

Large-scale family farms produce the majority of some, but not all, commodities.

Most poultry production is done under production contracts with a contractor paying a fee to a farmer who raises poultry to maturity. Small family farms produced 49 percent of U.S. poultry and egg output in 2020.

Ninety-eight percent of U.S. farms are family farms, and they account for 87 percent of farm production.

The share of farm operations having reported participating in direct sales fell from 8 percent in 2019 to 7 percent in 2020. However, total direct sales amounted to about $10.7 billion in 2020, which is $2.8 billion, or 35 percent, higher than in 2019. Direct sales to restaurants and grocery stores made up the largest share of direct sales in 2020—42 percent—and witnessed a nearly $500 million increase in sales from 2019. Likely due to institutional shutdowns in response to COVID-19, direct sales to institutions saw an 86-percent decline in sales in 2020. Sales at farmers markets, on-farm stores, u-pick, roadside stands, and the like, as well as through regional distributors or aggregators, saw an increase in 2020 relative to 2019.

More Conservation Reserve Program (CRP) payments went to different types of farms than other Government payments. CRP payments target environmentally-sensitive cropland, with most payments going to retirement, off-farm occupation, and low-sales farms. In contrast, most commodity-related and working-land payments went to family farms with a gross cash farm income (GCFI) of $350,000 or more.

Most of the pandemic assistance to agriculture was from the Coronavirus Food Assistance Program (CFAP). Farms also received loans from the Small Business Administration through the Paycheck Protection Program (PPP) and the Economic Injury Disaster Loan (EIDL) program. Very large family farms received a greater share of their pandemic assistance from SBA loans, likely because they employed more workers and are also more likely to earn a profit in any given year.