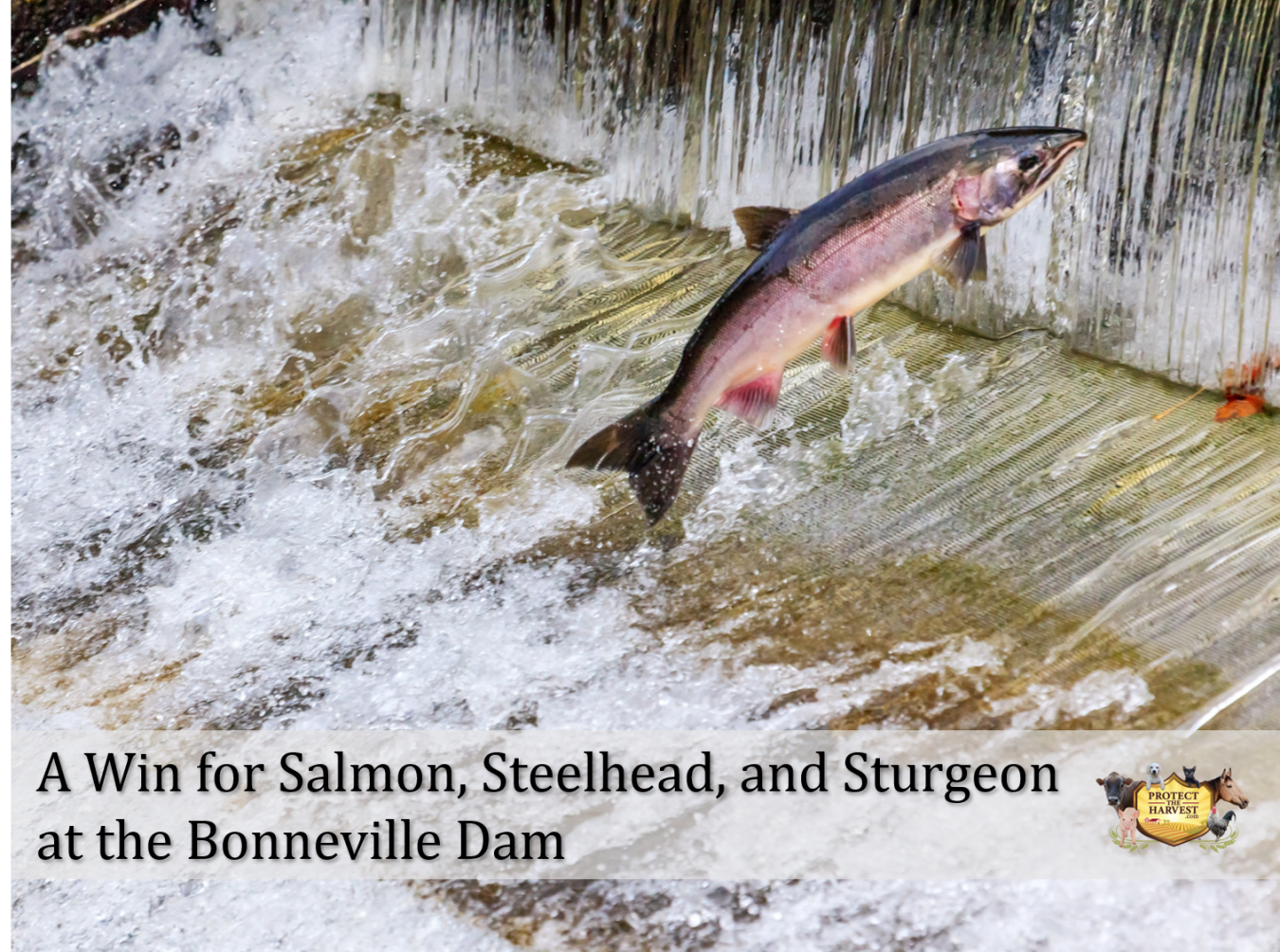 A WIN FOR SALMON, STEELHEAD, AND STURGEON AT THE BONNEVILLE DAM

On December 18, 2018, the Endangered Salmon Predation Protection Act passed with bipartisan support. This bill came about after tireless work by several key politicians from both Oregon and Washington. The politicians saw a clear way to conservation of keystone species like salmon, steelhead and sturgeon, and were successful in moving towards that goal.

Previously, predation of these fish species led to dangerous declines in numbers that concerned state fish and wildlife scientists. Loss of fish runs at the Bonneville Dam would have affected not only those specific species, but orcas, and the ecosystem as a whole. Immediate action was required to preserve them and because of that, we were supportive of this legislation from the beginning.

This situation is a perfect example of utilizing facts, not fear, to push legislation on behalf of wildlife management. We are happy to have been able to help bring this issue to the public’s attention. To read additional information about this issue, please follow click HERE.