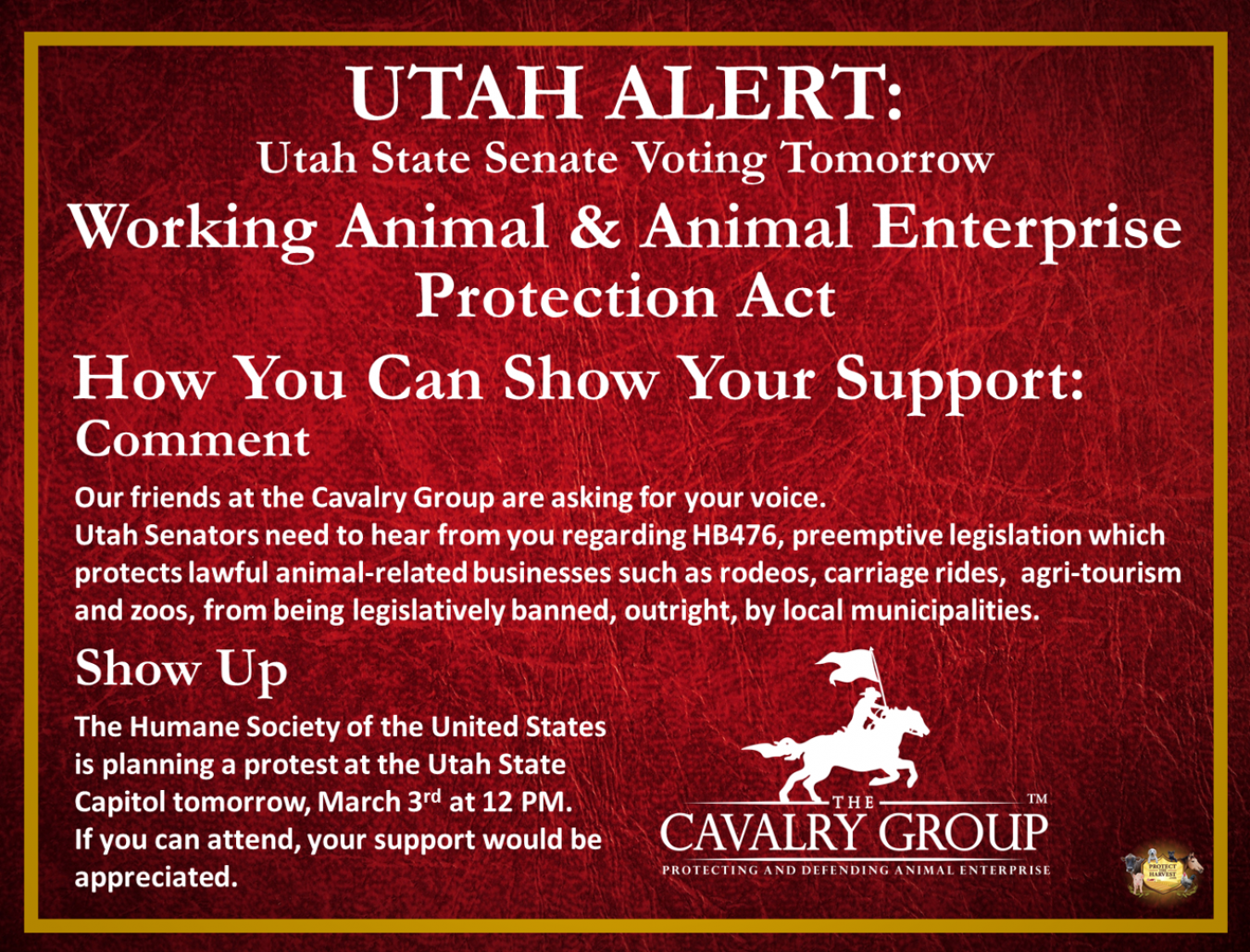 Press Release from The Cavalry Group:

HB476 has passed the full House of Represenatatives and is now heading to the Senate!

These local bans have been pushed strictly by animal rights groups with their emotionally charged propaganda to influence lawmakers in pushing their false narrative that any individual (or business) which raises, breeds, sells, or works with animals is considered "abuse" or "exploitation."

HB476 would protect against local bans which erode animal ownership; destroy lawful businesses; halt revenue that these lawful businesses generate for local municipalities as well as the state.

HB476 protects against local bans which would deny families access to opportunities to view or interact with animals and have choice when selecting a family pet.

HB476 does not interfere or eliminate public health and safety regulations or animal welfare laws already in place.

Please be sure to modify and personalize your message to Utah Senators!

Humane Society of the United States is Planning a Protest - Tomorrow

If you live in Utah, and can come to the State Captiol tomorrow to show support for HB 476 it would be greatly appreciated.

The Humane Society of the United States has sent out an alert to its supporters to protest HB 476 at the Utah State Capitol tomorrow, March 3rd at 12PM.

They are telling their supporters that HB 476 supports illegal animal businesses, which is simply untrue.

They are also making the false claim that animal services and law enforcement officers will not be able to enforce animal cruelty laws.

The fact is that the HSUS is vying to eliminate lawful businesses and animal ownership.

HB 476 would protect animal owners from their egregious, ideologically based agenda.

Please Forward this Alert to Friends and Family