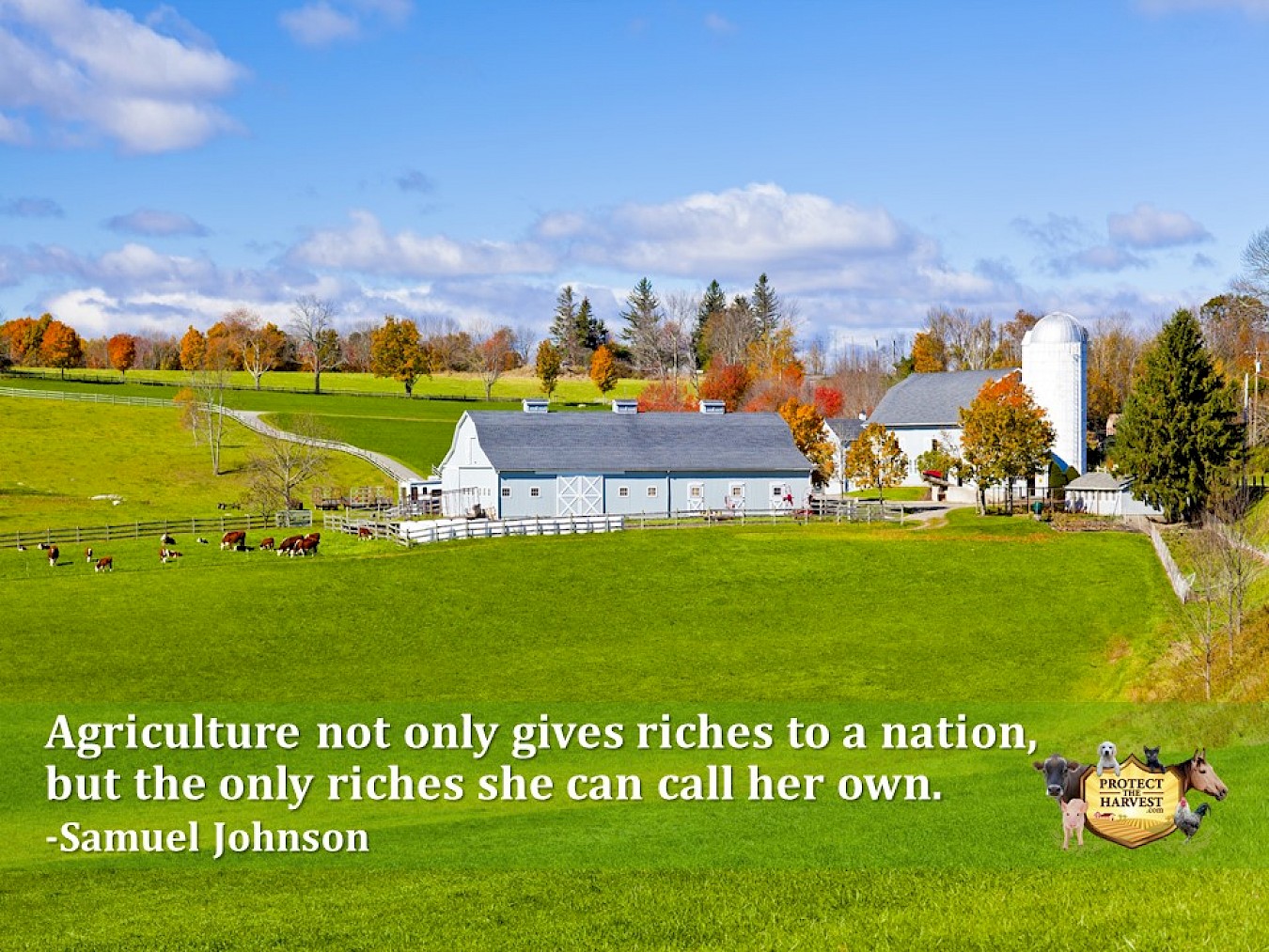 AGRICULTURE GIVES RICHES TO A NATION

Agriculture Needs Protection from Special Interest Groups
"Agriculture not only gives riches to a nation, but the only riches she can call her own.” – Samuel Johnson.

We cannot let America lose her riches! If you think it can’t or won’t happen, think again. We are losing our ability to provide affordable food for our nation. Farming and ranching are under attack in the United States and so are your rights to feed your family. Extremist groups are working to control farming and ranching and restrict animal ownership.

Here’s a small list of some of the efforts being made by animal and environmental extremists to limit the rights of farmers and ranchers:

Action Is Needed to Protect Our Food Supply
We need to protect our nation’s ability to produce food. Farmers and ranchers must be able to make decisions based on science. Instead, America is falling prey to emotional appeals from radical special interest groups who know nothing about farming and raising livestock.

In order to protect our food production and to continue to affordably feed our families we need to take action. You can find more about agriculture feeding the world here: https://protecttheharvest.com/what-you-need-to-know/consumers/