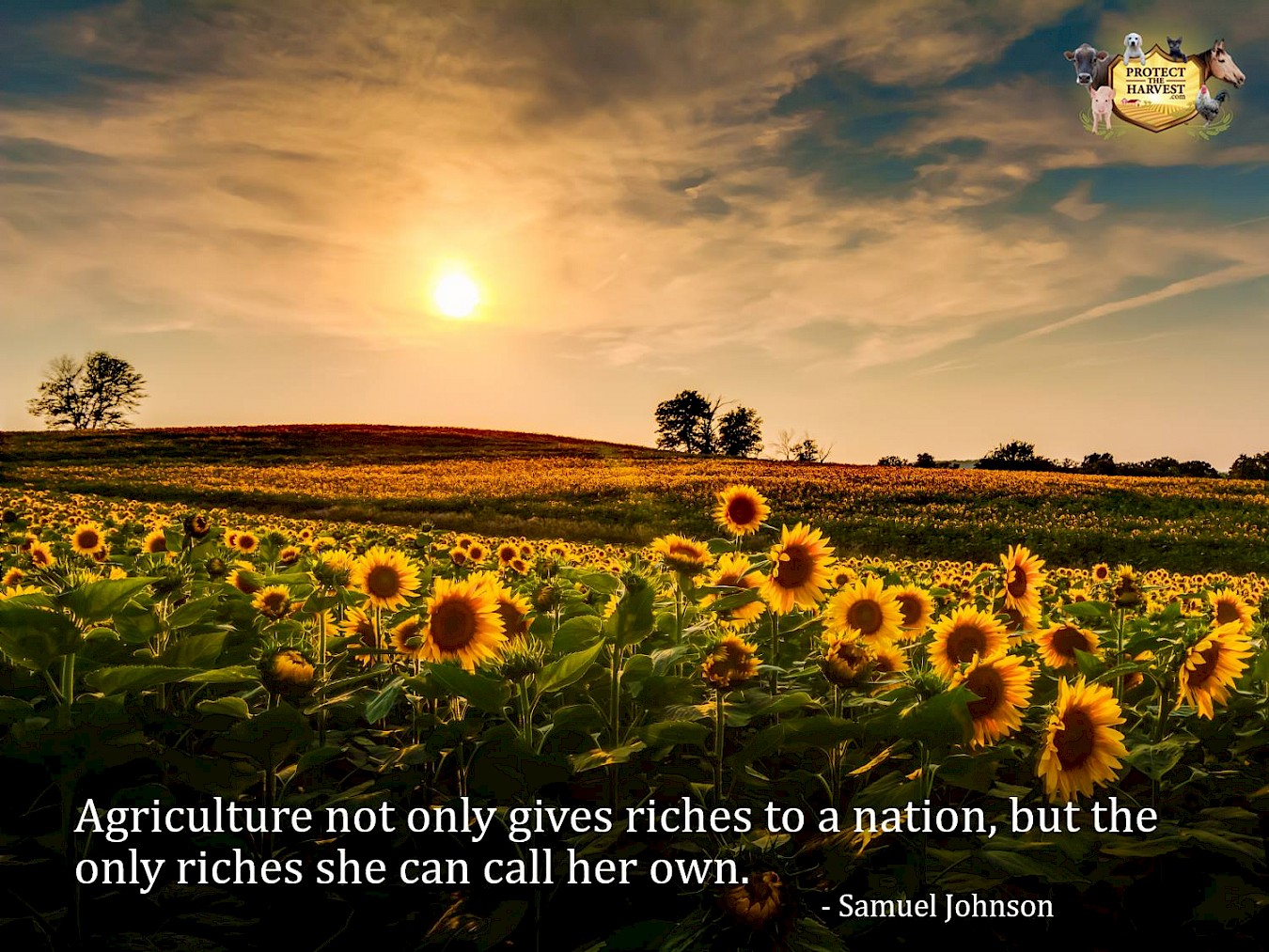 "Agriculture not only gives riches to a nation, but the only riches she can call her own.” – Samuel Johnson.
We cannot let America lose her riches! If you think it can’t or won’t happen, think again. We are losing our ability to provide affordable food for our nation. Farming and ranching are under attack in the United States and so are your rights to feed your family. Extremist groups are working to control farming and ranching and restrict animal ownership.

Here’s a small list of some of the efforts being made by animal and environmental extremists to limit the rights of farmers and ranchers:
*As of February 2020
• Environmental Extremists’ Dream of “Rewilding” Threatens Rural America – There is an effort to change ownership and accessibility of wildlands in an effort to “rewild” or revert the land to a pre-colonized state. This effort is working to eliminate farming and ranching from vast expanses of land. To read more about this concerning and complex matter, follow this link HERE.

• We’ve seen Direct Action Everywhere use unlawful tactics to push their extremist message, one example being in Berkeley, California. The group has always shown no regard for the law when it comes to invading and trespassing on private property, as well as outright theft. However, recently, they’ve decided to make steps to change the law in their favor. Berkeley recently passed a resolution to decriminalize trespassing and theft which to paves the way for animal extremist to steal animals from farms in the region. You can read more about that HERE.

• Former presidential hopeful and current New Jersey senator, Cory Booker, is pushing the Farm System Reform Act. This legislation is supported by environmental and animal extremist groups and would jeopardize our nation's farmers and rancher's ability to provide safe and affordable food. You can read more about that bill HERE.

• The federal government owns nearly half of the land in Western states, compared to only 4% east of the Mississippi River. This creates a unique set of issues and challenges for those who make a productive life on the land. The sustainability of grazing on federal lands is easily demonstrated by the fact that the majority of ranchers engaging in the practice are on multiple-generation ranches that have been grazing the same land for decades. In addition, the grazing of federally managed lands has many and varied far-reaching benefits, contrary to common misconceptions perpetuated by special interest groups. For years, environmental extremist NGOs such as Western Watersheds Project (WWP) and Center for Biological Diversity (CBD) have tried to paint the grossly and intentionally skewed picture that ranchers utilizing resources on federally managed lands are “taking advantage”. Nothing could be farther from the truth. Ranchers pay to use the grazing preferences they already own and they also pay out of pocket for improvements such as fencing, water source maintenance, and weed control. Public lands grazing has numerous benefits for society, the economy, and the environment, contrary to the NGO’s narrative. To read more about his complex matter HERE.

• Animal rights and other nongovernmental groups have progressively targeted many areas of agriculture for decades. These groups are aiming to end all animal agriculture and they villainize large modern farms. When attacked by animal rights activists or organizations, it is natural to want to distance yourself from their target. However, dividing our industry between conventional or organic, small versus large, or those who raise animals for food and those who don’t, harms agriculture as a whole. We, as an organization, believe that all Americans are entitled to safe, nutritious, and affordable food whether it is grown conventionally or organically. To read more about why we need to stand together on behalf of conventional and organic agriculture, follow this link HERE.

Action Is Needed to Protect Our Food Supply

We need to protect our nation’s ability to produce food. Farmers and ranchers must be able to make decisions based on science. Instead, America is falling prey to emotional appeals from radical special interest groups who know nothing about farming and raising livestock.
In order to protect our food production and to continue to affordably feed our families we need to take action. You can find more about agriculture feeding the world HERE.
Read through our website, sign up for our newsletter and then spread the word.
https://protecttheharvest.com/get-involved/newsletter/