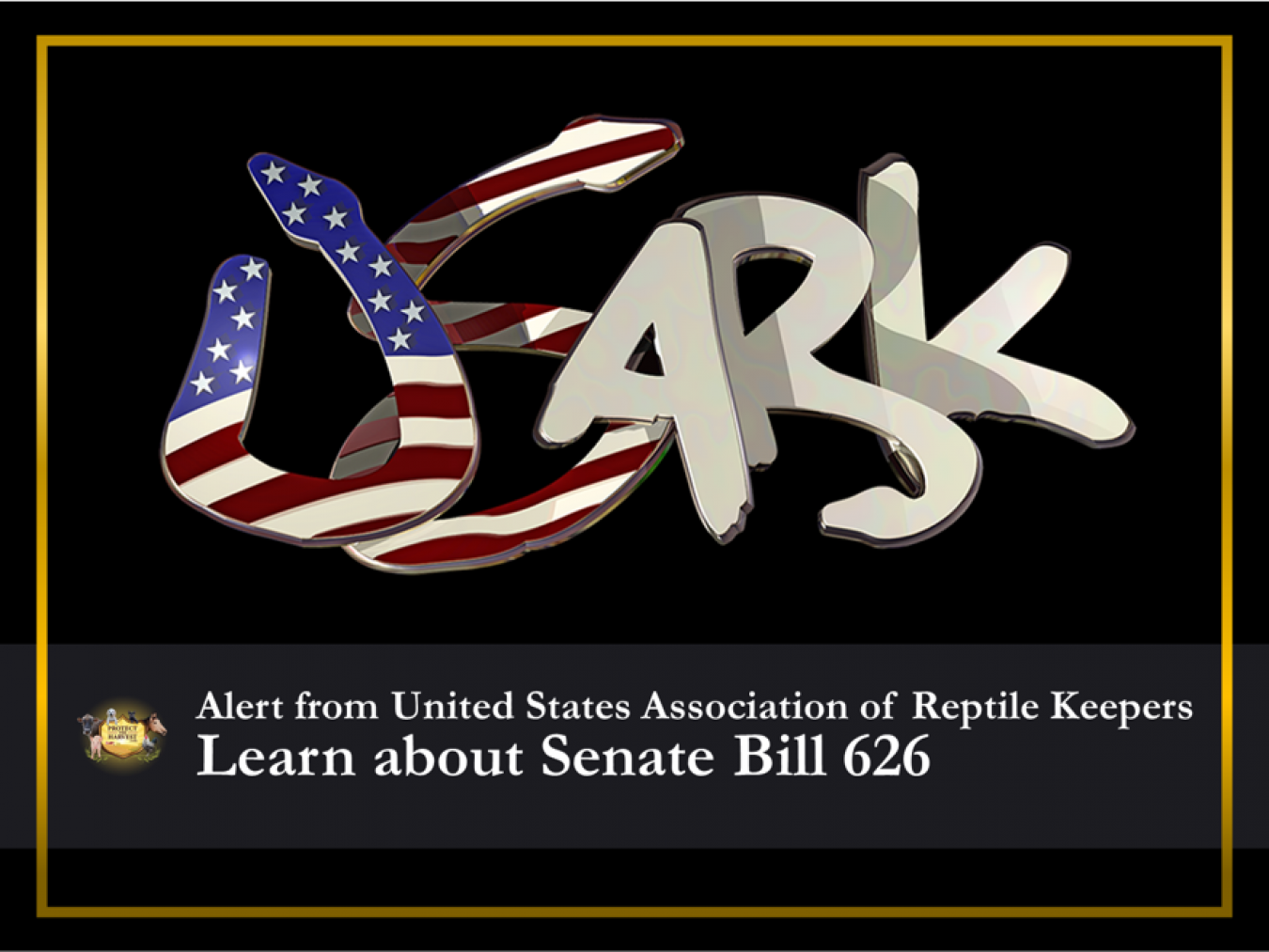 Alert from our friends at United States Association of Reptile Keepers (USARK):

"U.S. Senator Marco Rubio (R-Florida) has introduced Senate Bill 626 (S626). This is a bill that would reverse the USARK federal lawsuit victory by reinstating the ban on interstate transportation of species listed as injurious under the Lacey Act. The bill would also create a “white list” (see #2 below). This goes far beyond large constrictor snakes. This will trickle down to hundreds or thousands of common pet species. Also note this may not pertain only to non-native species. FWS has already listed U.S. native species of salamanders as injurious.

Provide that the Lacey Act bans the interstate transport of species listed as injurious. Specifically, it replaces Lacey’s current language ‘‘shipment between the continental United States’’ with ‘‘transport between the States”;
Create a “white list” of species that can be imported and shipped across state lines. This means that any animal (reptile, amphibian, fish, bird, mammal, invertebrate) that is not on the white list is by default treated as an injurious species and is banned from importation and interstate transport.
Create a new authority allowing FWS to use an “emergency designation” that becomes effective immediately after being published in the Federal Register unless an extension of no more than 60 days is allowed. That means no due process, public input, hearings, advanced notice, etc. for injurious listings;
Permit FWS to not allow importation if a species has not been imported in “minimal quantities” (to be defined) in the year prior to the enactment of this Act.
The effective date would be one year after the enactment of this Act.
Senator Brian Schatz (D-Hawaii) is a co-sponsor. S626 has been assigned to the Senate Committee on Environment and Public Works.

Read the S626 text at by clicking HERE

We will provide more details on actions to take.

In our landmark court decision, four federal judges agreed that USARK was correct and that the Lacey Act (Title 18 Section 42 of the U.S. Code) did not ban interstate transportation of injurious species based on the original language of the Lacey Act and the intent of Congress. As a result of this fight for our members and the herpetocultural community, this meant animals domestically bred under human care could be moved and sold across state lines (within the continental United States). For herpetoculturists’ concerns, this included some species of constrictor snakes and 201 species of salamanders."