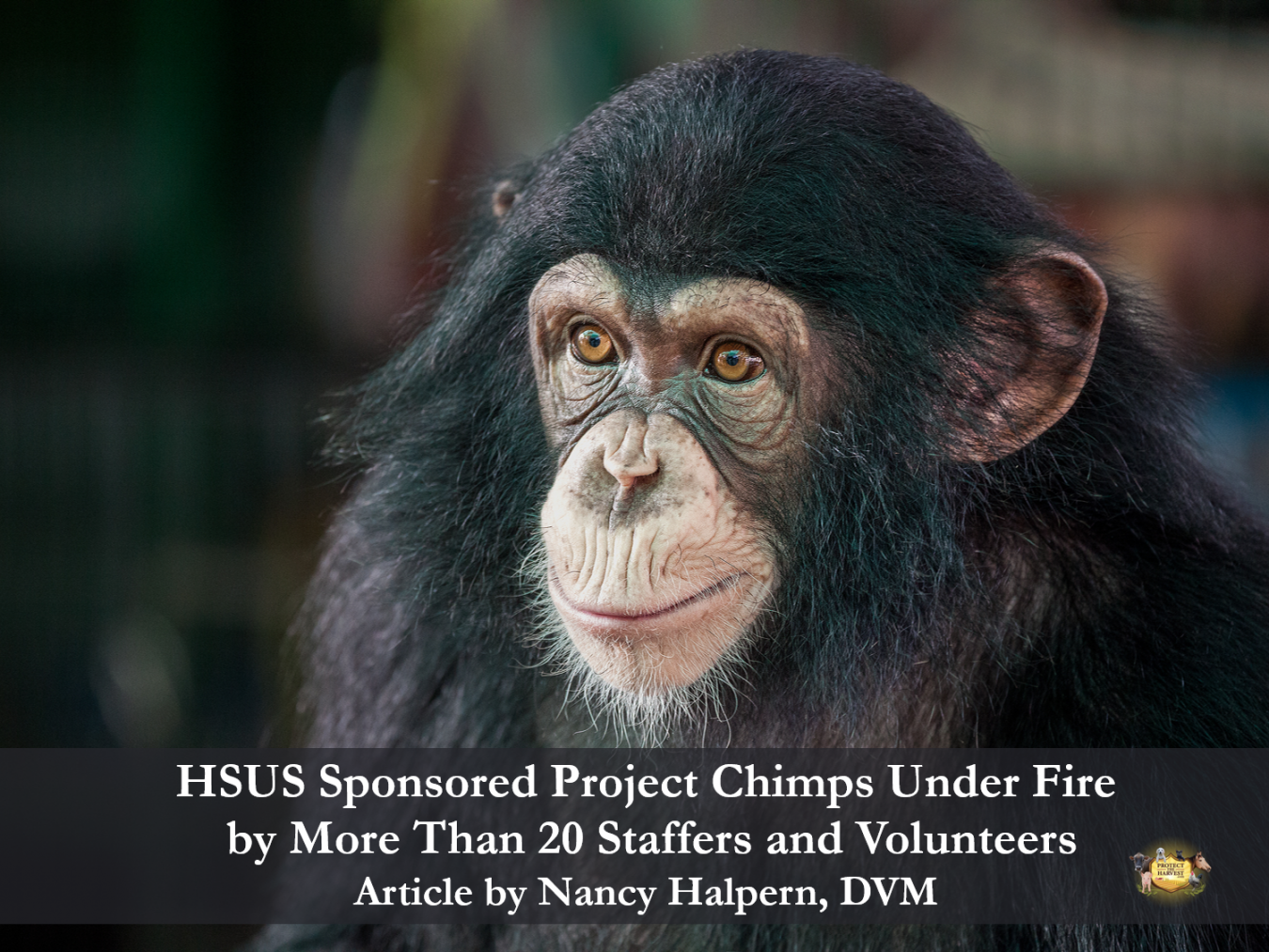 Allegations swirl around the care of chimpanzees at Project Chimps, as reported in Animal Wildlife Watch

Care provided to chimpanzees at Project Chimps, a sanctuary for chimpanzees located in Georgia, has come under fire by “[m]ore than 20 former staffers and volunteers,” as reported by Rachel Fobar in Animal Wildlife Watch on July 8, 2020. “Wildlife watch is an investigative reporting project between National Geographic Society and National Geographic Partners.”
In 2015, NIH (National Institute of Health) announced that it would retire the 50 NIH-owned chimpanzees that were then available for research, send them to sanctuaries and would also phase out its funding for the remaining research chimpanzees that it supports.
At the time, and since then, those involved with and responsible for the care of chimpanzees at universities and primate facilities expressed concern that the care these chimps would receive in sanctuaries would not meet the same standards of excellence in the facilities where staff had extensive training and expertise in their care, as previously reported.

As Dr. Cindy Buckmaster, Chair of Americans for Medical Progress described in 2016, some chimps who had been moved from their long-term care facilities to new sanctuaries suffered and some died after such a move. For example, Gimp, a 45 year old disabled chimp, tragically died after he was introduced and attacked by new cohorts at a sanctuary he had been relocated to. He had previously been housed at the retirement facility “Chimpanzee Breeding and Rehabilitation Resource in Bastrop, Texas—later known as the Keeling Center and now officially coined the National Center for Chimpanzee Care (NCCC)” for 35 of his 45 years. Gimp was described as a sweet, vulnerable chimp who would not hurt a soul.

If the reports about Project Chimps are true, then such unintended consequences resulting from the forced relocation of chimps to such sanctuaries may be repeated. Project Chimps, reportedly funded in part by the Humane Society of the United States, has been cited by USDA inspectors for

(1) storing “containers of materials toxic to the chimps including bleach and other disinfectants” on an open shelf in the chimp housing areas (described as a repeat citation during a routine inspection on April 25, 2019;

(2) on July 26, 2017 there were 2 non-compliant items listed on the inspection report, one for failure to maintain feed as required and without required labeling; and another because “[t]he enrichment plan currently incorporated into the Chimpanzee Care Manual is not complete. It does not address the current social housing structure and the special considerations for chimps that may exhibit signs of psychological distress, juveniles and individually housed;” and
(3) on May 11, 2017 USDA was not able to inspect the facility because reportedly, “[a] responsible adult was not available to accompany APHIS Officials during the inspection process at 11:50 am” on that day.

Project Chimps filed a lawsuit against two former employees, Crystal Alba and Lindsay Vanderhoogt, first in state court on June 1, 2020 and later in federal court on July 13, 2020. In the latter lawsuit, which appears to be the active case, the following counts are alleged against one or both defendants: Breach of Contract, Defamation and Libel, Misappropriation under the Defend Secrets Act, Misappropriation under the Georgia Trade Secrets Act, Conversion, Tortious Interference with Business Relations, Violation of the Georgia Computer Systems Protection Act, Violation of the Stored Communication Act and Civil Conspiracy. Project Chimp alleges that the chimps medical records are amongst the documents it claims are its trade secrets.

No answer or substantive response has been filed by defendants in response to the Complaint. It remains to be seen whether whistleblower status and first amendment defenses will be raised. The parties have entered into settlement discussions, according to the Animal Wildlife Watch article.