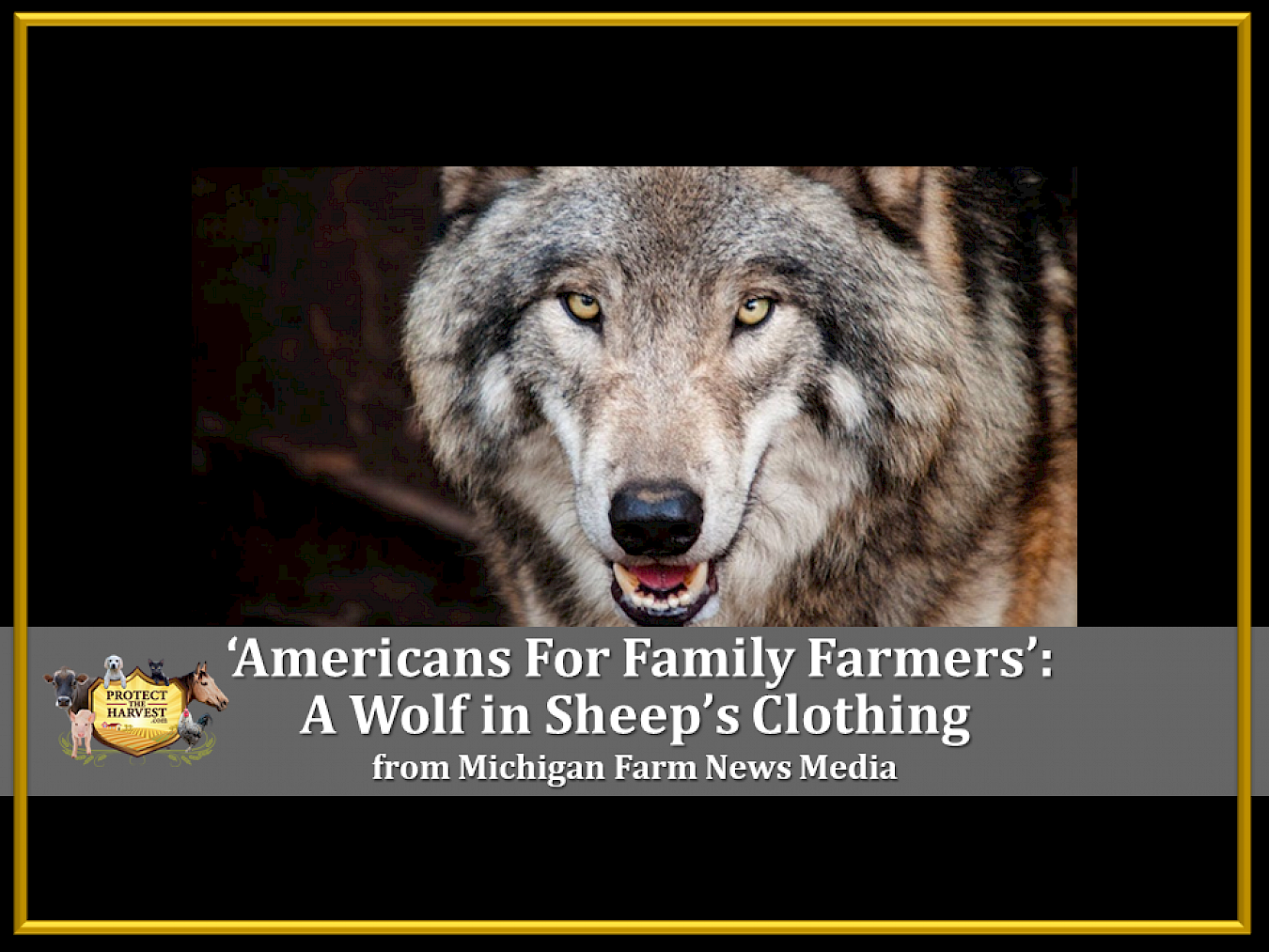 ‘AMERICANS FOR FAMILY FARMERS’: A WOLF IN SHEEP’S CLOTHING

The president of a group claiming to support “family farms” has deep ties to the Humane Society of the United States (HSUS) and efforts backing California’s law on animal spacing, Michigan Farm News has learned.

Americans For Family Farmers recently sent requests to numerous Michigan farmers asking them to sign onto a letter to congressional leaders, calling for them to oppose the Exposing Agricultural Trade Suppression (EATS) Act.

According to the National Law Review, the EATS Act would “grant a private right of action allowing affected persons to seek an injunction against any state or local regulation that imposes a production or manufacturing standard on agricultural products that is more restrictive than a standard at the federal level.”

“It’s critical for people to know exactly what it is they’re signing onto when they receive requests like this one,” Birchmeier said.

“Taking a closer look at the history of the person leading Americans For Family Farmers shows a pattern of support for legislation that is not only unfriendly to farmers but has been devastating for agriculture as a whole.”

In documents filed with the state of California, Americans For Family Farmers states its purpose to “advocate nation-wide farming issues to combat the negative impacts of CAFOs,” which is not mentioned in the recent messages to farmers.

The emails to farmers were signed by Donna Krudwig, the president of Americans For Family Farmers, which was formed in June of 2021. 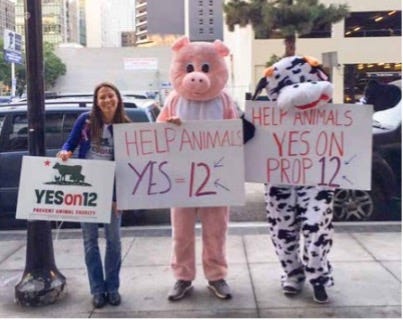 An investigation by Michigan Farm News found Krudwig was named as a “key volunteer” in the HSUS 2017 Animal Protection Campaign and was featured in the Humane Society Legislative Fund magazine, where she was credited with collecting more than 7,000 signatures to place Prop 12 on the ballot in California.

Prop 12 requires that animals held in buildings, including veal calves, laying hens and breeding sows, “be housed in confinement systems that comply with specific standards for freedom of movement, cage-free design and minimum floor space.”

The law also bans the sale of eggs, pork and veal in California if they are not produced to the standards of the state’s space requirements.

In an article written in 2018, Krudwig criticizes PETA for not going far enough in supporting Prop 12, saying the group’s backing of similar laws in Europe don’t do enough to protect animals.

In a 2018 Facebook post from Farm Sanctuary, Krudwig is quoted as saying, “For those of us who care so much about the suffering of animals, it can be very uplifting to take action on their behalf and work towards positive change.”

“Michigan Farm Bureau urges our members, and all farmers, not to sign this letter,” Birchmeier said.

“This is a classic case of a wolf in sheep’s clothing, and it’s imperative that anyone who receives a request for support from the group sees them for what they really are — an animal rights group parading as a farm-friendly charity.”

Protect The Harvest agrees with this statement that the group Americans for Family Farmers is a wolf in sheep's clothing. This sounds very much like a group we have written about called Socially Responsible Agriculture Project (SRAP).

On the surface, the group appears to be a benign, beneficial group to help small farmers, but in actuality, provides resources and legal advice to financially ruin family farmers with nuisance lawsuits.

Socially Responsible Agricultural Project (SRAP), is closely tied to a number of radical animal extremist groups and other non-governmental organizations (NGO’s). SRAP is the driving force behind many recent nuisance lawsuits that are working to devastate large family farms. They specialize in agitating community members, sowing seeds of discontent, offering pro-bono legal advice, and coalition development all under the seemingly innocent title of “community organizing”.

One of their key tactics is to start up these small “community groups” or “cells” and give them a different name, meanwhile the machinery, legal advice, etc. is being run by SRAP.