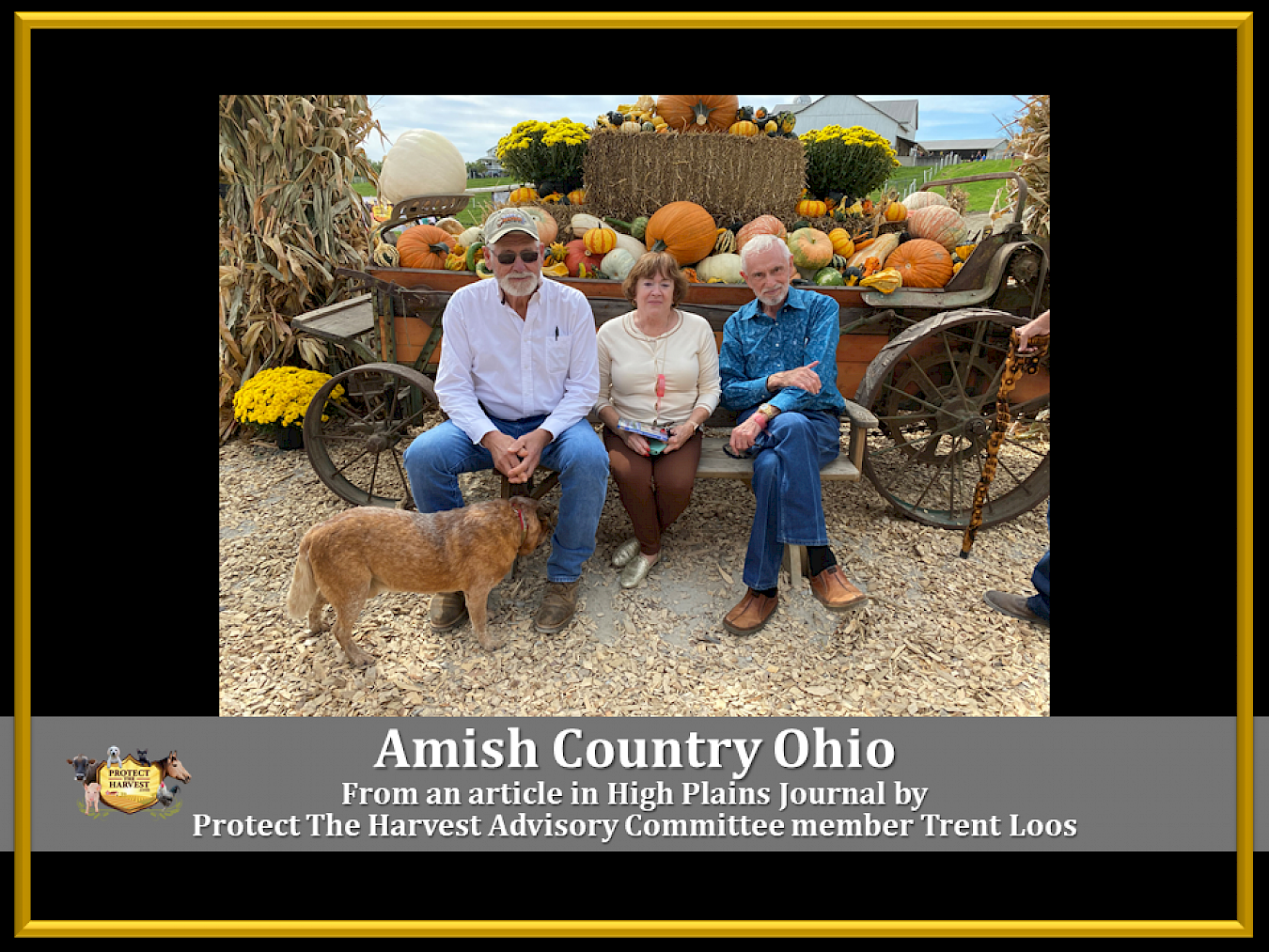 From an article in High Plains Journal by Protect The Harvest Advisory Committee Member, Trent Loos

Amidst all the chaos in today’s world, we had a fantastic weekend in Holmes County, Ohio. It is generally called Amish Country and it is certainly loaded with many Amish families who I take my hat off to in 2021 as the rest of the nation tries to achieve what they have never given up.

I can only imagine the challenge it has been to keep Amish kids in the community in the past 50 years as cars get faster, the world evolves and gets brighter only to be living in an Amish community with no internet or car.

This event was held near Walnut Creek, Ohio, at a place called The Farm, which has significant produce production and it has been able to intertwine one phenomenal agri-tourism component that, quite honestly, is second to none that I have experienced in person. The event was hosted by the Indiana Council of Animal Welfare and was a fundraising endeavor for Protect the Harvest.

We had approximately 300 people in attendance who were simply there for our event on Oct. 2, but I would guess the total attendance on this day of flinging pumpkins, swimming in corn and riding a Percheron-pulled wagon through one amazing exotic animal display was in excess of 3,000.

Protect the Harvest continues to defend and preserve American freedoms and to support farmers, ranchers, outdoor enthusiasts and animal owners. At this event, the real emphasis was on support of dog breeders. Yes, I am talking about U.S. Department of Agriculture-licensed, commercial kennels raising puppies for sale to pet owners. I don’t think, across the board, any animal owner has had a tougher time staying in business than dog breeders.

One must ask “Why?” Why is there such a negative sentiment against commercial dog breeding? In fact, there have been states attempting to limit the number of dogs that one family can own. For years I would point out how ridiculous it is that we are trying to limit the number of dogs a person can care for because we fear they can’t care for them “properly,” yet folks can have as many kids as they want (and often they aren’t cared for properly).

The subject involving Amish families raising dogs has nothing at all to do with the dogs and their care but everything to do with the Christian family unit that the Amish continue to have as a cornerstone in their culture. When you also consider that their culture encourages them to keep their head down, work hard and not speak up, it adds to the complexity of the situation where they are limited on what they can even say on their own behalf.

Let me close by saying that if “government” can shut down dog breeders for any reason they can make up, then the ability to own any animal of any type will soon be extinct as well. If you remember many events in history, this should alarm you. If all animal owners don’t support the dog breeders, before long none of us will be animal owners and we’re not just talking about pets anymore.