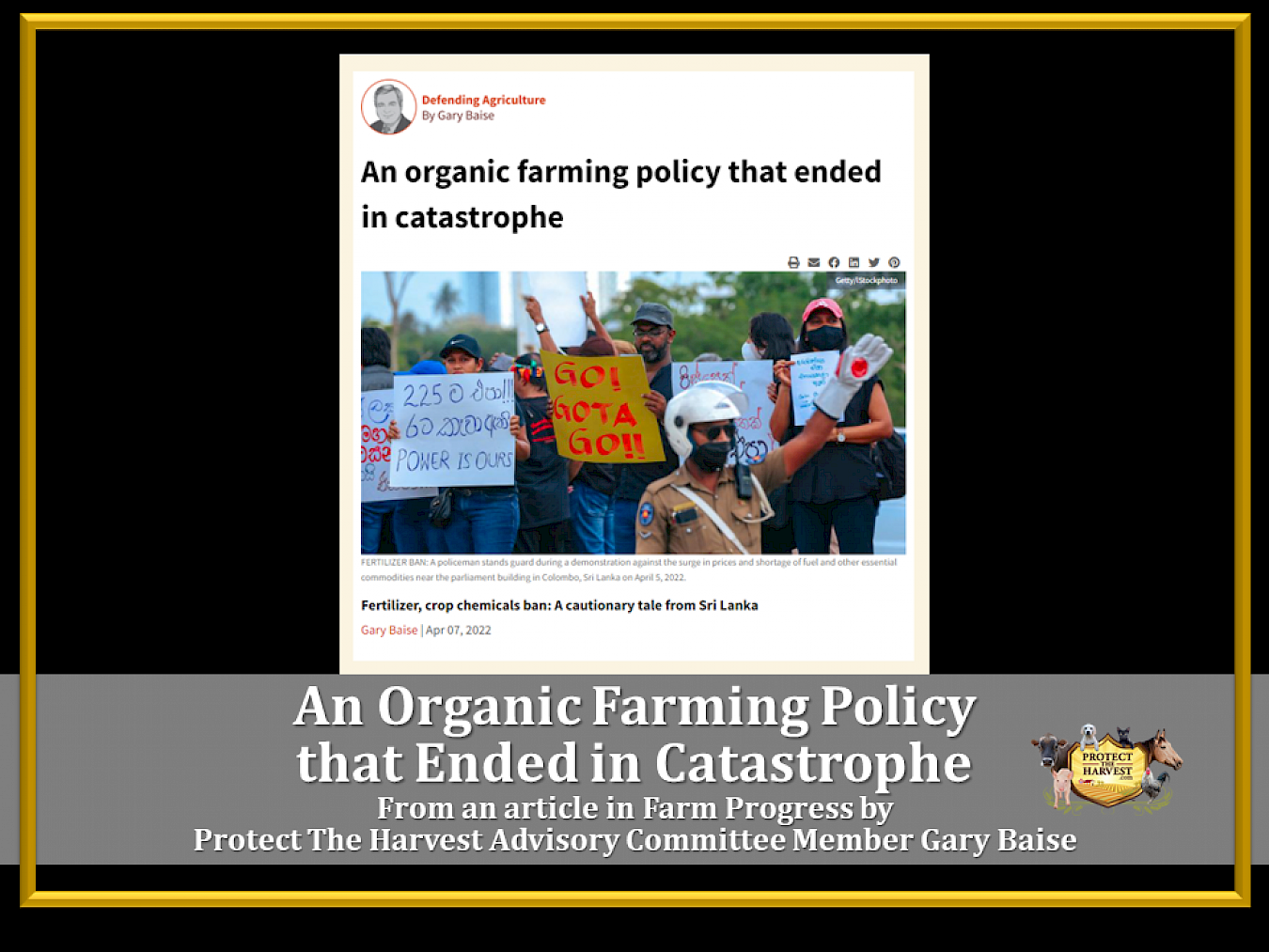 What’s happening in Sri Lanka right now – riots, food shortages, power cuts and more – should be a cautionary tale for political leaders who hope to get elected on populist rhetoric that has little basis in economic or agronomic reality.

Sri Lanka has a developing economy; it’s a small island country off the coast of India where 21% of GDP comes from agriculture. Last year the country’s president attempted to convert the entire nation’s food production to organic.

Can an entire nation make a wholesale shift in ag production methods overnight? Only in fairy tales.

The president, Gotabaya Rajapaksa, had made it an election promise in 2019: He would make his the first country in the world to “ban” inorganic fertilizers and crop-protection products. Rajapaksa, as a result of his failed scheme, was forced to declare “a food emergency, imposing price controls and strict rationing.” At this moment the country is in so much turmoil, Rajapaksa is barely clinging to power.

Banning fertilizers for the growing of tea, rice and other food crops has “drawn criticism from agricultural experts [in the country], who warn that Sri Lanka’s food security is at stake.”

There are people and groups in this country, including EPA, that are constantly banning certain chemicals.In 2019 President Rajapaksa claimed in his campaign that citizens must consume food that has no harmful chemicals or fertilizers. The president also got his cabinet to create a green new deal and admitted that fertilizers and chemicals contaminated lakes, canals and groundwater.

This may be a lesson we can learn from the Sri Lankans about the Green New Deal.

Farms in Sri Lanka produce rice, vegetables, legumes, spices and fruits; inorganic fertilizer and chemicals were initially imported starting in 1960. It was believed the import of these two crop inputs caused a certain kidney disease in the rice-growing areas, and it was suspected that the overuse of the chemicals might be the cause. No proof.

When it was decided by the smart people that the country should switch to organic, they were warned this might cause huge food shortages. Surprise! Thanks to the government’s organic program, 2021 losses of up to 70% have been realized. Even the Sri Lankans had figured out food security is national security. Now the Sri Lankans will have to depend on the government – or starve.

Recently the government decided to reverse this policy, and the farmers will presumably receive fertilizers and crop protection products this year. Some, but not all, farmers will be reimbursed $200 million for losses due to the failed government policy.

The farmers were told they could use compost instead of organic fertilizer, but they have found compost is not practical. Farmers have also attempted to get around the fertilizer and crop protection ban by creating a black market. Needless to say, Sri Lanka is a great example of taking away proven farming methods.

Hopefully our farm groups and farm organizations will pay attention to what happened in Sri Lanka and determine that this government in that country embarked on a disastrous program because the new president was smarter than the average farmer. Sri Lanka’s food security is now at stake.

We have a healthy and productive system that grows our food and animals in a safe way. Let’s not destroy the American agricultural system the way Sri Lanka destroyed theirs.