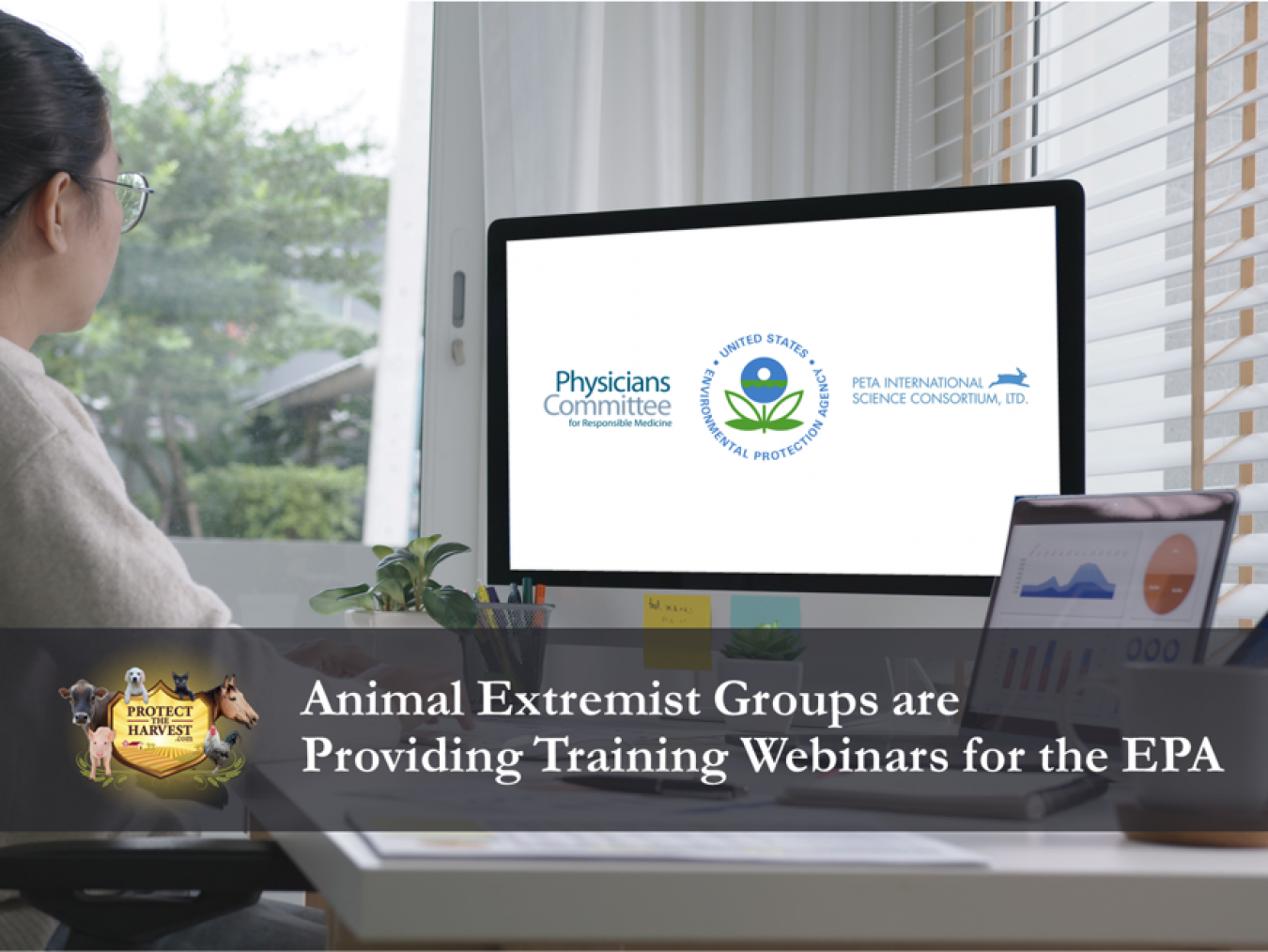 We recently published an article regarding the troubling partnership between the Environmental Protection Agency (EPA) and PETA. PETA claimed the victory and were present at the press conference where the EPA announced they would end all toxicity testing on mammals by 2035.
This is extremely troubling, and we should all be concerned by this partnership of a federal government agency and an animal extremist group known for utilizing nefarious tactics, including publishing misinformation and outright falsehoods, to ultimately raise funds. Credible independent scientists and researchers were conspicuously absent in the original press conference, and subsequent webinars.

Speaking of Research Objects to PETA Involvement and Created a Petition

The true experts stepped up to push back on this EPA/PETA alliance and directive by creating a petition available on their website at Speaking of Research. Their website states,“…this directive flies in the face of the EPA’s mission to ‘protect human health and the environment’ and ‘to ensure that national efforts to reduce environmental risks are based on the best available scientific information.” The website further encourages stakeholders to engage as, “Wheeler’s directive is not based on scientific evidence nor does it represent the will of the breadth of stakeholders that these decisions ultimately impact.” Andrew Wheeler was the EPA’s Acting Director from February 2019 to January 2021. He is an attorney, not a scientist.

Over 600 Researchers Signed Petition Against PETA Including Nobel Laureates

Speaking of Research’s petition originally asked for 200 signatures from scientists and researchers. The petition now shows over 600 signatures including two Nobel Laureates in Physiology or Medicine, and every other credible University and research center represented by true experts in the field. It is remarkable to see the research and scientific community really come together and give PETA and Physicians Committee for Responsible Medicine (PCRM) a taste of their own medicine for a change. To view the Open Letter denouncing PETA and the petition and signatures, click HERE
Sign onto open letter denouncing EPA decision on animal research – Speaking of Research

The involvement of animal extremist groups at the EPA have gone beyond policy. PETA, Physicians Committee for Responsible Medicine and PETA International Science Consortium (PISC) are also involved in production of EPA training webinars.
When you pull up a webinar not only is the EPA logo sitting between two PETA related organizations, but the host also clearly states that these webinars are being “Co-organized by the US EPA, the PCRM, and the PISC…”
Listed below are the webinar titles in the series. These webinars are designed to educate scientists regarding the ultimate elimination of animals for testing and research.

What Groups Are Behind the Creation of the EPA Training Webinars?

Physicians Committee for Responsible Medicine (PCRM) is tied to and receives funding from PETA. PCRM founder, Neal Barnard, was the head of the PETA Foundation which incidentally funneled significant funding to PCRM. This group lacks credibility in the science and medical communities as there are very few actual medical doctors associated with the group. In fact, five percent or less of the members are actual doctors. The American Medical Association created resolutions opposing and censuring PCRM policies on several occasions, noting they utilize “unethical tactics,” and are simply an “animal rights organization that purports to speak for medicine.” PCRM also discourages donations to organizations like the American Cancer Society, St. Jude’s Children’s Hospital and other important programs because they still utilize animal research when necessary to save human lives.

The PETA International Science Consortium (PISC) was created by PETA US and PETA UK for the purpose of promoting animal free testing and is based in London, England. They, like PCRM, also lack credibility with the scientific community. Dr. Amy Clippenger, who was forefront of the aforementioned EPA/Wheeler press conference in the fall of 2019, is the Director of PETA’s Regulatory Testing Department, and also the President of PISC. She has stated, “It’s a great feeling to be able to reduce animal testing, replace animal testing, and also protect human health and the environment.”

The only way to produce a COVID-19 vaccine in the unprecedented time frame was through both animal and human testing. Groups like PETA, PCRM, and PISC highlight the animal extremist philosophy in full force yet again noting that it is completely acceptable to risk or lose human life to forego animal testing. Their efforts ultimately DO NOT protect either humans or animals. The health research advisory group, Americans For Medical Progress, when asked if there are any vaccines created (including COVID-19) not utilizing animals, respond as follows… “No. There are no vaccines that are being tested without animal studies. Those opposed to necessary research in animals have made this claim – but it is untrue.”

So, it seems all roads lead back to PETA and other animal extremist organizations. As pointed out in our prior article, and worth restating, these are not impartial players. They are starting from the premise that animals should NEVER be utilized for research or testing even if it saves human lives. They do not have objective viewpoints. Unfortunately, but as expected, PETA is using this infiltration into the EPA to the greatest extent. They are pushing out press releases with misleading headlines:
" Feds Agree With PETA, Government Must Come clean on animal tests”

“The PETA International Science Consortium (PISC) has teamed up with the U.S. Environmental Protection Agency and the Physicians Committee for Responsible Medicine to organize a series of webinars…”

We asked research expert, Dr. Cindy Buckmaster, for her opinion on this issue. Dr. Buckmaster holds a host of impressive titles including PhD, CMAR, RLATG, and she is very involved as the Director of Public Outreach for the National Animal Interest Alliance (NAIA), the President of the Texas Society for Biomedical Research (TSBR), and the current Chair of Americans for Medical Progress (AMP). Dr. Buckmaster feels that EPA Acting Director Wheeler has presented a “relatively uninformed and arbitrary timeline directive,” but also notes that New Approach Methodologies (NAMs) have long been utilized by the EPA to supplement animal testing and is expected of all in the research and testing communities. Dr. Buckmaster and the other experts take issue with the fact that Wheeler did not include scientific experts, but rather extremist groups to create public safety decisions and important timelines. If there is any positive takeaway, Dr. Buckmaster states that “now a VERY focused group of experts are getting busy on this,” and “every field of research and testing that uses animals should be moving in a more coordinated and focused fashion to do the same.”
Dr. Buckmaster sums it up well… “In reality, we may never get to the point of being able to eliminate animals entirely from research and testing, but we should be doing all that we can to develop ways to increase the predictive value of research and testing, with animals and without them, for the benefit of human and animal kind”.

While reducing, or even ending animal testing when possible is generally a positive direction, it must be done under the direction of the true experts and stakeholders. We at Protect The Harvest will continue to have significant issues with a federal agency partnering with an animal extremist group, and putting more human and animal lives at risk in the process.