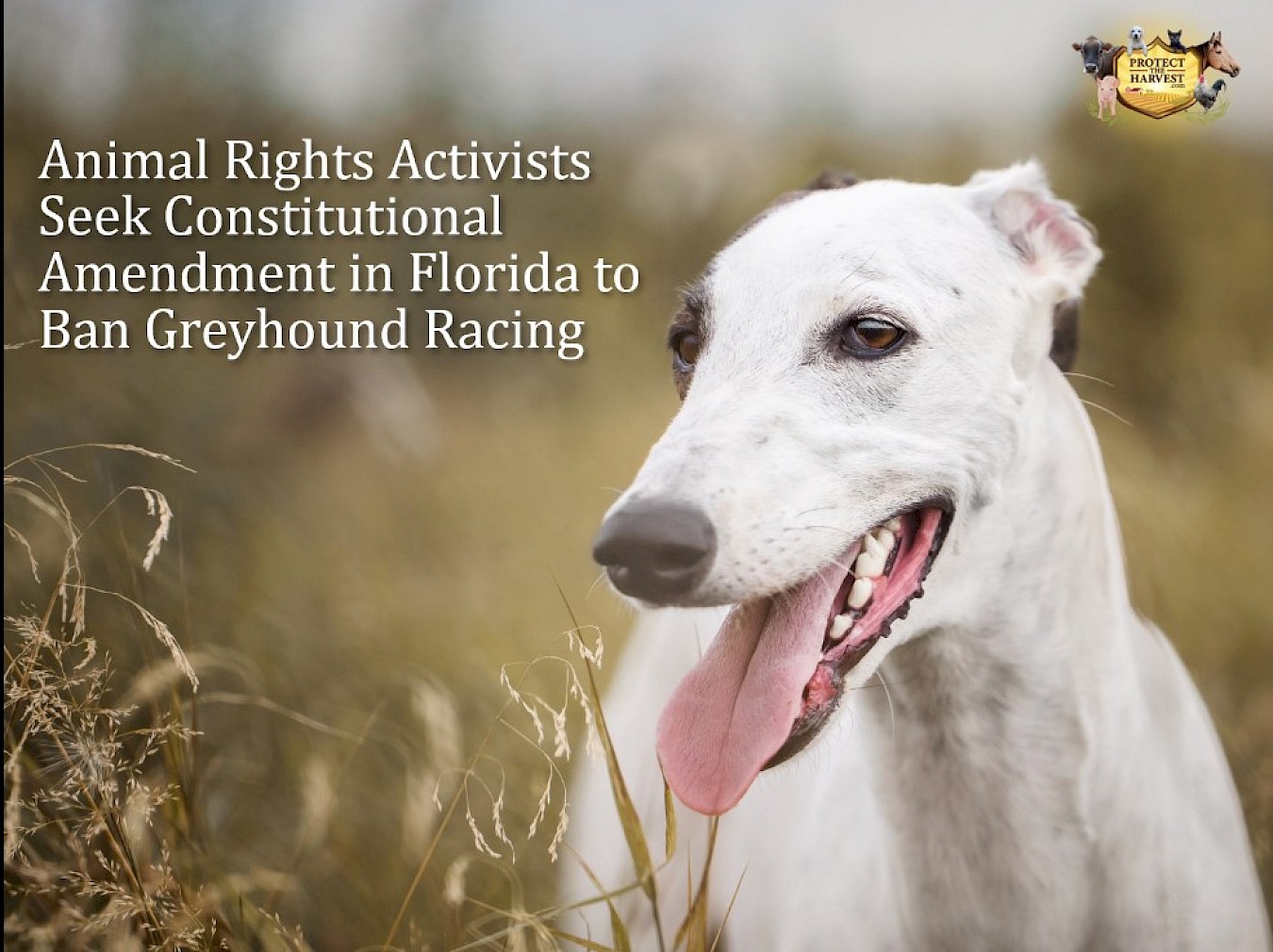 In November, Florida voters will have the opportunity to vote against a proposition that intends to ban live greyhound racing in the state. The proposition also abolishes wagering on greyhound racing in Florida. This proposition is part of eight ballot measures proposed by the Constitution Revision Commission. This committee meets every 20 years and has the unique authority to present proposed constitutional amendments directly to the voters.

Animal Rights groups, like Grey2K, spread false information about Greyhounds. For example, an outrageous claim commonly repeated is that when a dog cannot race or doesn’t prove successful, their fate is sealed. However, that is not the case. In fact, retired or unraced Greyhounds are highly sought after. The adoption rate for Greyhounds is about 95%. Some Greyhound adoption groups even have waiting lists for the dogs.

Racing Greyhounds receive premium care. Because they are not only professional athletes but the pride of their owners and handlers, every need is met. They live in climate-controlled kennels, receive daily exercise and the best possible nutrition. The dogs are raised with their littermates or in colonies of other Greyhounds until about a year of age. At that point they move to “finishing farms” where their instincts are tested, and they are trained to track the lure. If they show promise as a racing dog they will then gain additional, more advanced, training. If not, their owners find them pet homes.

It is important for Florida residents to know that voting to approve this constitutional amendment could have unintended and far-reaching consequences for working animals and all human-animal interaction in the state. Dog racing does not need to be included in the Florida Constitution because it gives too much of an opportunity for differing interpretation. Greyhounds are purpose-bred working dogs. What is the difference between dogs bred for racing and other purpose-bred working dogs? Will other purpose-bred animals be next on the list? What about hunting dogs or dogs bred for police or search and rescue work? The exact verbiage in the amendment includes:

“Prohibition on racing of and wagering on greyhounds or other dogs. — The humane treatment of animals is a fundamental value of the people of the State of Florida. After December 31, 2020, a person authorized to conduct gaming or pari-mutuel operations may not race greyhounds or any member of the Canis Familiaris subspecies in connection with any wager for money or any other thing of value in this state, and persons in this state may not wager money or any other thing of value on the outcome of a live dog race occurring in this state.”

The key part of the above statement is not outlawing dog racing. This is not the end game for the animal rights groups that are proposing it. The end game is controlling what “humane” treatment of animals looks like. By controlling what that means and looks like on a state level they then have a foothold to eliminate the use of animals in our daily lives.

Economic Impact – Taxpayers Will Be Responsible for Compensation

Animal rights groups are chipping away at American traditions and eliminating Greyhound racing, not only negatively effects the breed, but also the economy that depends on it. It is estimated that by destroying the Greyhound racing industry in Florida, 3,000 jobs are directly impacted as well as thousands of ancillary positions like track keepers, lab technicians, food representatives, etc., as well.

Beyond eliminating thousands of people’s livelihoods, the Bert-Harris Act mandates that compensation must be given to companies forced out of business by legislation. Ending Greyhound racing could cost Florida taxpayers $250 to $500 million dollars.

Support Grows for Prop 13 Opposition as Myths are Dispelled

When Prop 13 was placed on the ballot, Greyhound racing supporters banded together. Greyhound breeders, trainers, adoption groups and other advocates have worked hard to be transparent and candid with the public about the daily life of a racing greyhound. They have gone to the press and social media to share positive and truthful accounts of the industry. They have provided facts and information and changed the minds of many who once questioned the integrity of the sport.

There are many groups that now oppose Prop 13 including the Florida Chamber of Commerce. Most importantly, currently 90 Greyhound adoption organizations that span across the nation are in support of Greyhound racing and oppose Prop 13.

For additional information about the Greyhound racing industry: https://greyhoundchronicles.net/