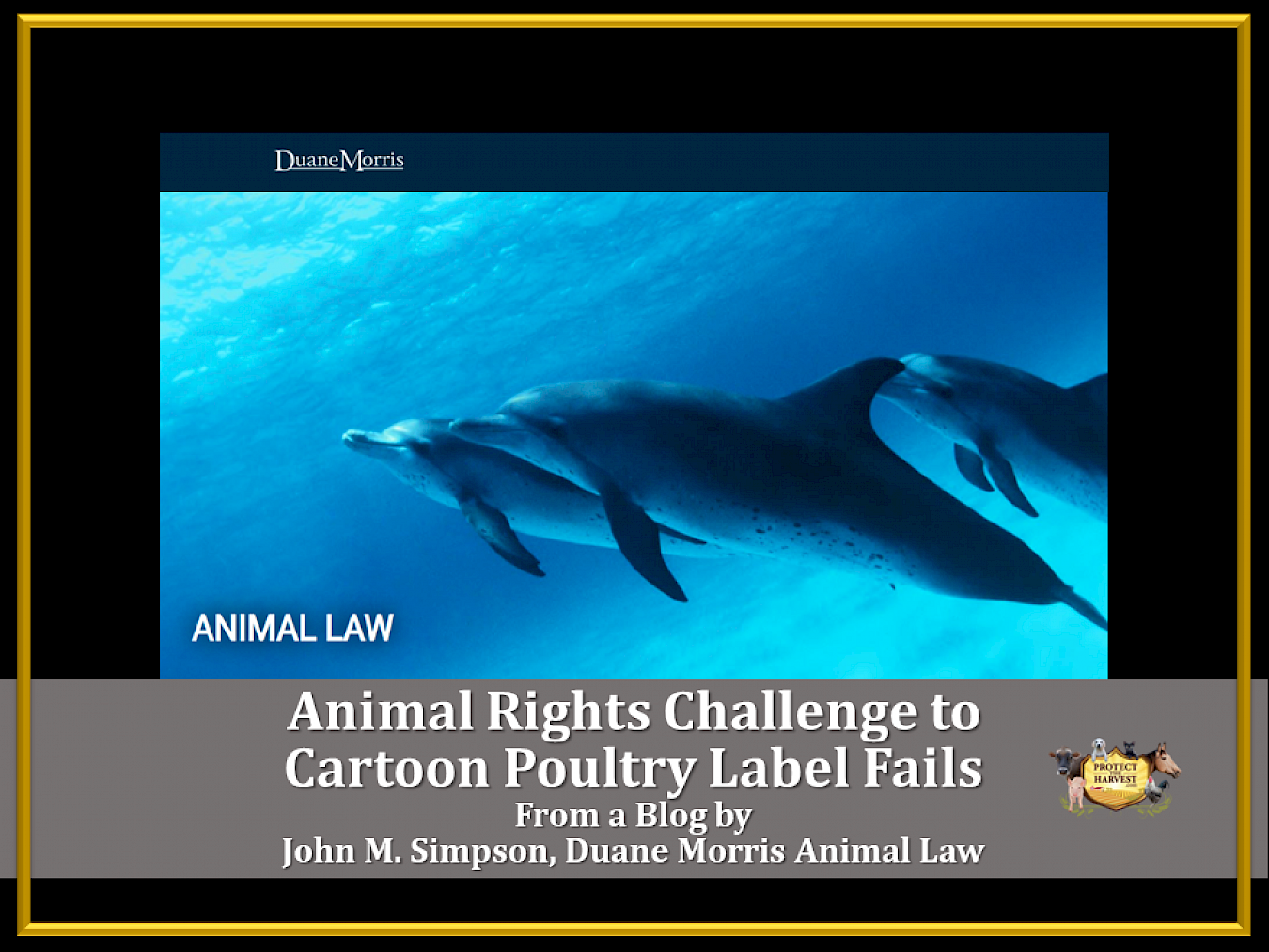 A federal court in Washington, D.C. recently tossed a lawsuit brought by the animal rights group, Animal Legal Defense Fund (ALDF) challenging poultry products labels that had been approved by the Food Safety and Inspection Service (FSIS) of the U.S. Department of Agriculture. The court determined that ALDF had no standing to sue. ALDF v. Vilsack, No. 1-21-cv-01539 (CJN) (D.D.C. Nov. 14, 2022).

The labels in question — on chicken and turkey products produced by a vertically integrated poultry-production company — portrayed cartoon chickens and turkeys outside in fields. ALDF opposed FSIS’s approval of such labels under the Poultry Products Inspection Act as “misleading” because they supposedly would lead a consumer to conclude that the fowl had access to a barnyard or pasture when they were, in fact, raised indoors — even though the labels themselves said nothing about where the birds were raised.

On the organizational standing point, ALDF argued that FSIS’s label approval impaired ALDF’s consumer education services and its other mission-driven activities in which ALDF alleged that it educates consumers about how animals are raised for food. The Court rejected this argument:

Article III standing does not exist “when the only ‘injury’ arises from the effect of the regulations on the organizations’ lobbying activities.” Id. at 15 (citation omitted).

ALDF does not allege that it has been prevented from complaining to the Department about [the] labels, only that its complaint was unsuccessful. . . . ALDF “has alleged no more than an abstract injury to its interests” . . . which is insufficient for Article III standing. Id. at 16 (citation omitted).

As to ALDF’s separate claim of associational standing, the court found that the ALDF member failed to demonstrate that she was suffering any injury in fact because her decision to purchase was based, not on whether the poultry was raised indoors, but on the producer’s claims about antibiotics:

Mere disappointment that a cartoon depiction of chickens in the field does not match reality, without more, is insufficient. . . . This might, perhaps, be a different case if purchasing free-roaming chicken was Mastracco’s aim—if that was the factor that drew her to purchase Perdue’s Fresh Line products in the first place—and she was now paralyzed from purchasing future poultry products through lack of faith in the accuracy of their labels. But that is not this case. “Ms. Mastracco was influenced to purchase Perdue’s Fresh Line chicken products by label claims about no antibiotics.” Compl. ¶ 32. Id. at 20.

Nor did Ms. Mastracco have a “distrust” or “uncertainty” injury about the labels in question that would suffice for injunctive relief standing:

Mastracco was never misled in the first place. Not once did she purchase the poultry products at issue because she relied on the cartoon chickens or turkeys on the package. And now that she knows they are not accurate, she will not rely on them going forward. Id. at 22.

Standing is an indispensable part of any plaintiff’s case in federal court. Advocacy groups often find standing to be an annoying “technicality” because it will prevent them from plunging the court and the parties into an abstract debate about animal rights and other philosophical subjects. However, without standing, which goes to the court’s jurisdiction under Article III of the U.S. Constitution to decide a case, the court has no power to proceed.