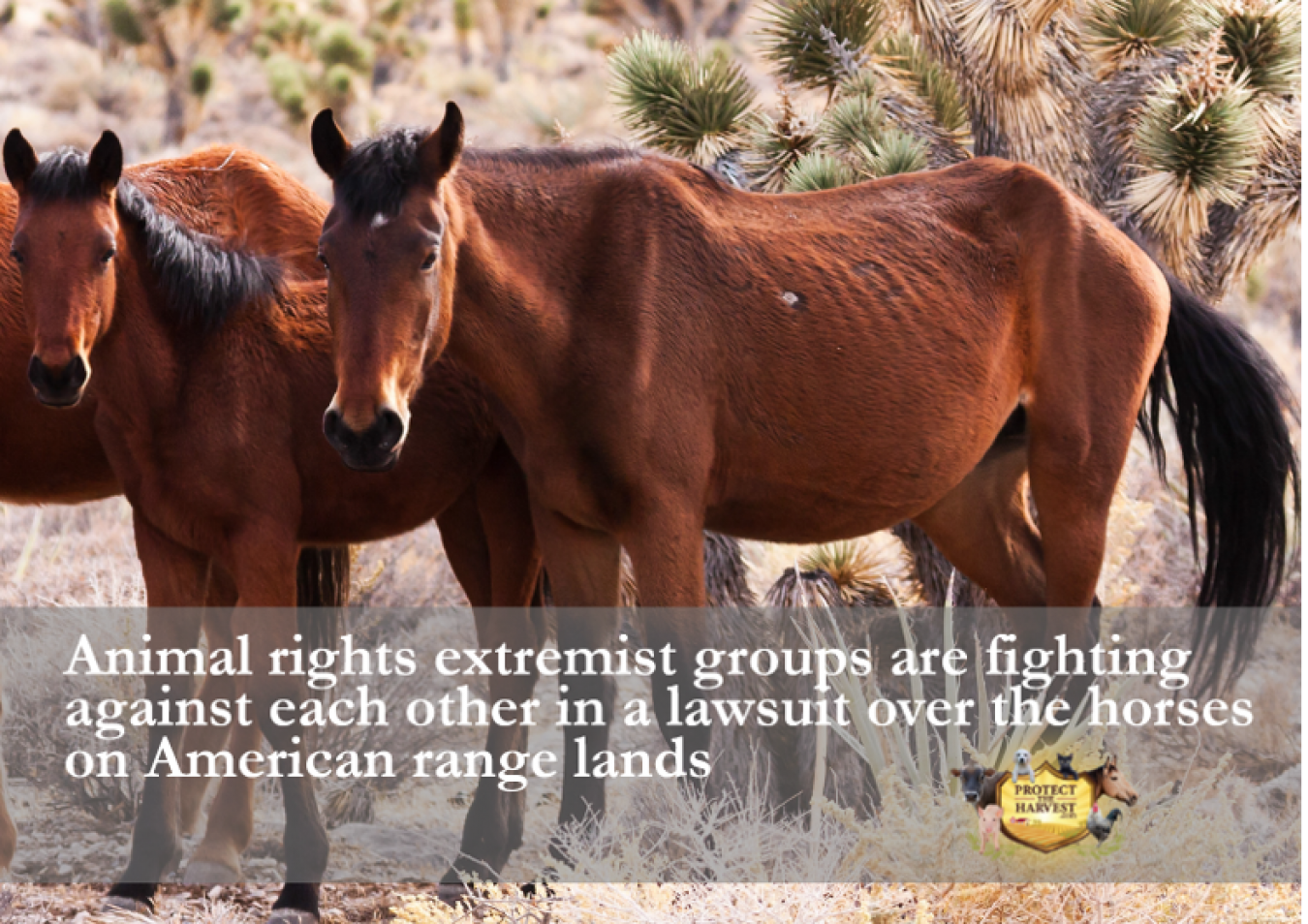 Last year, an animal rights extremist group, Friends of Animals, filed a complaint to stop the use of PZP in horses on American rangelands. A recent article in Capital Ag Press, announced that the Humane Society of the United States (HSUS) has received permission to enter into this lawsuit as a defendant. The HSUS requested to enter into the lawsuit because they hold the patent on PZP and make money off of taxpayers when it is administered to horses on American range lands. According to the article, “ The lawsuit claims the U.S. Environmental Protection Agency violated federal pesticide law by registering PZP for wild horses without fully examining adverse effects on the animals or their environment.”

Concerns About the Use of PZP

PZP is a drug, patented by the HSUS, that has been used as a marginally effective population control method. The article outlines the concerns Friends of Animals have made about the drug, “ … PZP raises the odds that females will give birth during the wrong season by disrupting their reproductive cycle, which endangers foals due to inadequate food sources. Repeated use of the contraceptive may also lead to permanent infertility in mares…” Friends of Animals also alleges, “ …that studies submitted to the federal government by HSUS weren’t sufficiently thorough.”

Contrary to numerous claims by the HSUS, the use of PZP is not humane, nor is it “elegant”. According to the USDA’s Natural Wildlife Research Center, when administered, PZP causes the production of antibodies that keeps an egg from being fertilized. While the drug may keep a pregnancy from occurring, what it does not do is keep a mare from continuing to cycle and therefore subjects her to repeated breeding by stallions. The HSUS has made other false claims about the drug including that it is inexpensive and easy to administer. The drug must be administered every one to two years and has not proven to be 100% effective. The cost of the drug is expensive and so is the process, which includes rounding up the horses in order to administer the injections. There is a problem with record keeping and treatment as well since round ups are not effective in gathering all of the horses on the ranges each time. The HSUS also made false claims that the use of PZP has eliminated entirely the roundup of horses on Maryland’s Assateague Island. This is not the case. Each year during Chincoteague’s historic “Pony Swim”, there are still 60 to 70 foals that are gathered along with the rest of the herd and sold at their annual festival.

What is most interesting to note is the fact that U.S. Magistrate Patricia Sullivan, Pendleton, Oregon ruled that the HSUS has a “protectable interest” in the lawsuit. She noted that the HSUS would be negatively affected by PZP’s cancellation or the need for additional scientific review. There is a reason for this. The HSUS holds the patent on PZP and makes considerable money from US taxpayers each time it is administered. If the use of PZP is halted or delayed, the HSUS will lose their government-funded gravy-train.