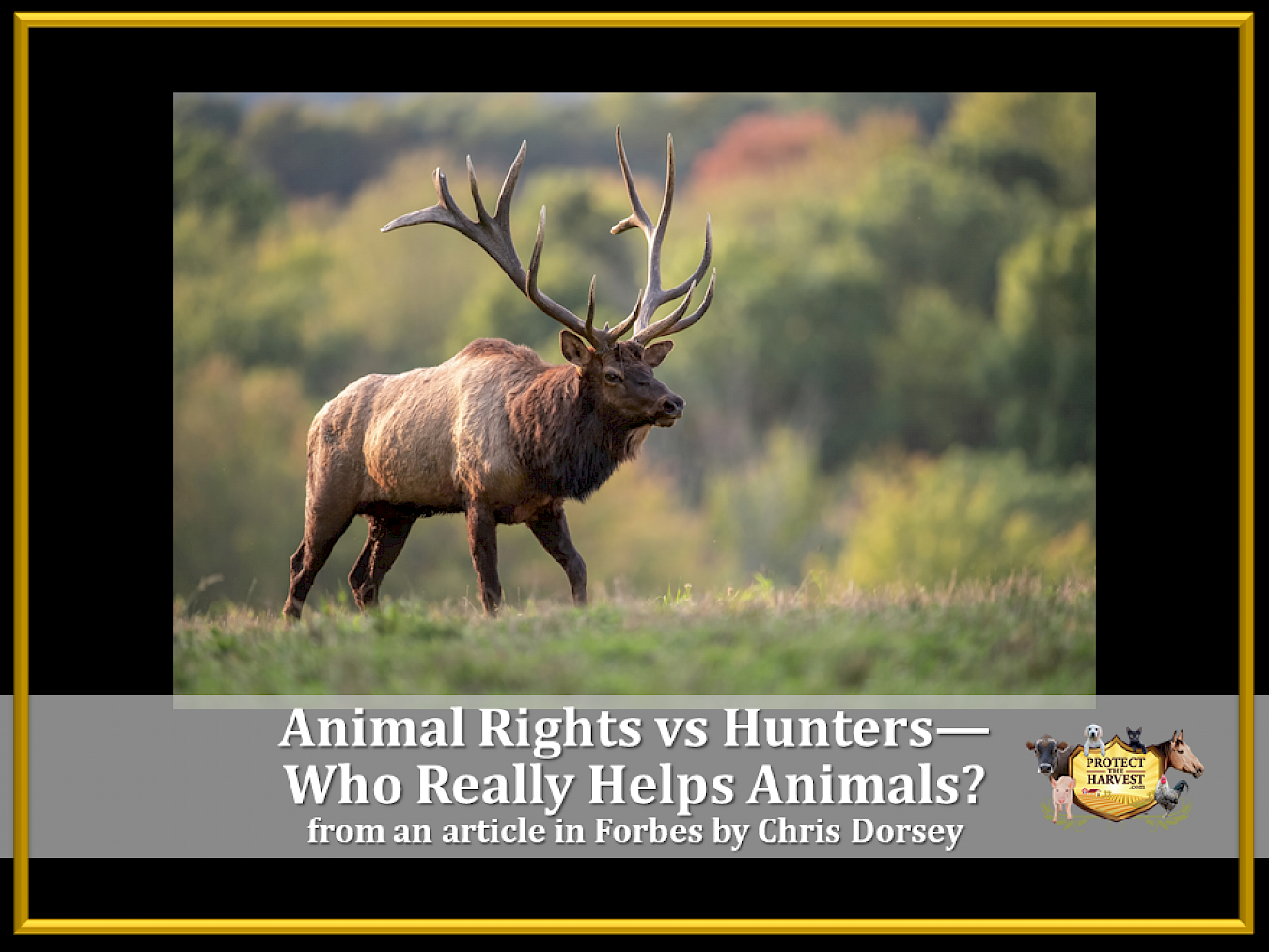 By Chris Dorsey, award-winning journalist and author of a dozen books whose work has appeared in scores of publications including the Wall Street Journal, Newsweek, National Geographic, the Robb Report and many others.

Perhaps you’ve seen the late-night appeals on cable channels from animal rights groups—the public service announcements of a starving dog or cat that will have a better life if you only send $25…immediately? You look down at Rover, resting comfortably on his padded dog bed next to the fire and think wouldn’t it be nice if every dog could have such a life. You’re only a phone call and a credit card away from making the world a happier place and feeling better about yourself at the same time.

That’s a common tug-at-the-heart-strings formula employed by groups like the Humane Society of the United States and others. Most of the people who see their fundraising pitches assume that these are the sweet people who once looked after Rover for a couple of days when he found love down the street and ran off before someone collared him and dropped him off at the local shelter. Who doesn’t want to pay such kindness forward? And therein lies the bait and switch that is the hallmark of the animal rights industry. It’s a formula HSUS has used to become the wealthiest animal rights organization in the world—annual revenues now of roughly $130 million.

“So-called animal rights groups like HSUS and People for the Ethical Treatment of Animals are little more than emotionally charged fundraising operations designed to line their own pockets—they do next to nothing to help animals,” says Larry Keane of the National Shooting Sports Foundation.

Review HSUS’s tax returns and you’ll see that the organization declares offshore “investments” totaling close to $70 million, mostly in the Caribbean—the Caymans and Bermuda among other pet-suffering locations. HSUS is also one of the groups that was part of a lawsuit against the Ringling Brothers Circus (owned by Feld Entertainment) claiming that the circus abused its animals. However, it was learned that their key witness, a former elephant handler, not only lied to the court but was also paid under the table by HSUS. The lawsuit was tossed and Feld Entertainment counter sued HSUS and others alleging bribery, fraud, and racketeering. Feld was awarded $25 million in damages, $11 million from HSUS. Pets across the Caribbean wept. 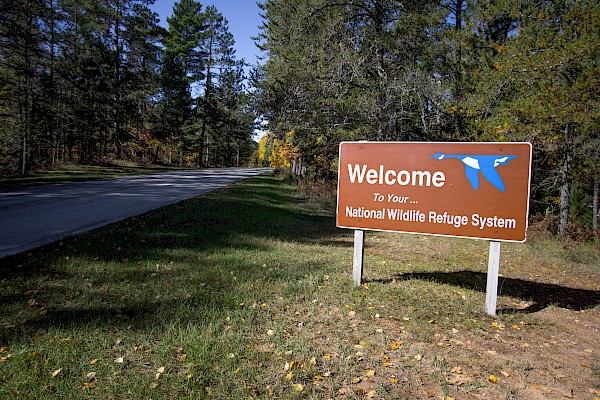 The Federal Duck Stamp Program which requires migratory bird hunters to pay an annual $25 fee has helped create more than six million acres of National Wildlife Refuges benefitting hundreds of species-- including many that are threatened or endangered.

What a lawsuit against Ringling Brothers says, as much as anything, is that when it comes to trying to raise money nothing seems to be off-limits for animal rights groups. Look out, NFL…they’re coming for your pigskins. These are groups that oppose raising beef, dairy, poultry, egg production, pet ownership, rodeos, dog and horse shows, county fairs, meat consumption, leather products, and medical research involving animals even if it’ll save human lives. As PETA President Ingrid Newkirk famously said, “Even if animal tests produced a cure [for AIDS] we’d be against it.”

And beyond their nefarious fundraising tactics, these groups do little for animals. HSUS spends only one percent of its money on pet shelters, despite profiting on the brand confusion over local Humane Society pet centers that are unaffiliated with HSUS. To reinforce their sleight of hand, HSUS commonly uses images of suffering dogs and cats in their ads. PETA, on the other hand, once paid $70,000 to support the legal defense of an arsonist who burned down a university lab, and gave money to the Earth Liberation Front, a group the FBI considers a domestic terrorist organization.

It’s no wonder, then, that Charity Navigator gives both HSUS and PETA a rating of two out of four stars, or “needs improvement.” Because of their rating drop, HSUS lost their charity accreditation with Better Business Bureau’s Wise Giving Alliance. Moreover, The Top Ten List of Worst Charitable Organizations gave PETA its dubious top billing. Unlike HSUS, however, PETA does run shelters—think of them as Bates Motels for pets, with Dr. Mengele as concierge. Since 1998, government records confirm that they euthanized roughly 40,000 animals, and a state inspection found that most were killed within 24 hours, according to HumaneWatch.org. If your pet gets loose and winds up in a PETA “shelter”, you better be quick to extract it. Now there’s a reality TV idea!

As author Martin Morse Wooster wrote in Philanthropy Daily, “Of all the charitable groups out there, I confess the ones that most irritate me are animal rights organizations….far too many of them aren’t helping animals.” Why, you might ask? Because their primary mission revealed by their actions isn’t to save animals, it’s to raise money off the perception that they’re saving animals. When a TV network, newspaper or magazine gives them free time and space to spread their seemingly benevolent message, they’re aiding and abetting a ruse that is duping well-intentioned blue hairs (and others) across America who might be sharing dinner plates with their cats when an ad comes on TV.

If you want to help animals and wildlife, then a review of the facts suggests you ought to consider buying a hunting license. “The record is clear,” says Will Coggin, Managing Director of HumaneWatch.org, “sportsmen are conservationists, while animal rights activist groups are pretenders.”

To raise money, animal activist groups have a history of pouncing on any anti-hunting narrative the crops up in mainstream media (Cecil the lion, ring a bell?). That same media, however, seldom asks animal rights groups what they’re doing for wildlife, or, for that matter, what hunters do for conservation in general.

Let’s examine, then, a short list of what American hunters have done for wildlife and be sure to compare-contrast that with the work—or lack thereof—of animal rights groups. As always, we’ll follow the money. In 1937, at the height of the Dust Bowl that swept through America’s heartland, sportsmen came together to petition their elected officials to create an 11 percent excise tax on the sale of firearms and ammunition so that there would be money available to save vital wildlife habitat across the country—both for game and non-game species, including many that are threatened or endangered. It’s the only instance in American history that a group has requested that the government tax them. Those dedicated fees are put into the Wildlife Restoration Trust Fund and have now topped more than $14 billion since the fund’s inception.

About the same time, a group of waterfowl hunters formed Ducks Unlimited to raise money in the U.S. and to send most of it to Canada for habitat work where the majority of ducks in North America are produced. Since then, DU has generated more than $5.4 billion dollars and conserved 15 million acres of habitat for hundreds of species of birds and animals. There are many other hunter-supported conservation groups—Rocky Mountain Elk Foundation, Safari Club International, Max McGraw Wildlife Foundation, National Wild Turkey Federation, Pheasants Forever, Ruffed Grouse Society, Dallas Safari Club, Boone and Crockett Club, and others (all with good or excellent charity ratings)—that have conserved millions more acres of wildlife habitat across the nation.

American sportsmen contribute more than $400 million annually to these private conservation organizations, which doesn’t include the hundreds of millions of dollars paid in state hunting license fees which fund public wildlife management efforts throughout the U.S. Then there is the Federal Duck Stamp Program, a $25 annual habitat stamp that is required to hunt waterfowl in the U.S. Nearly $1 billion have been raised from this effort since the program’s inception in 1934, which has helped conserve nearly 6 million acres of our National Wildlife Refuge System—again, benefitting scores of species, not just those pursued by hunters. 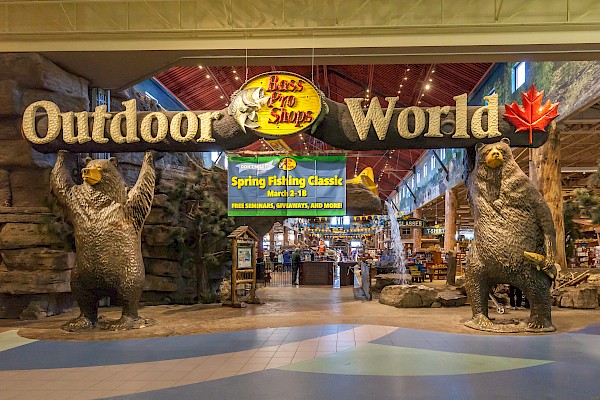 Sportsmen have contributed more than $14 billion through a self-imposed excise tax on guns and ammuntition. This money is distributed to state wildlife agencies for conservation efforts nationwide.

Beyond state and federal programs and private conservation organizations, hunters across America pump billions more dollars of their own money into private lands management, creating and restoring wetlands, replanting forests, renewing shelter belts, planting food plots for myriad wildlife species, constructing nest boxes and hen houses, and bringing their powerful voice to conservation legislation here and abroad. Is it any wonder that our 26th President, Theodore Roosevelt, wrote: “In a civilized and cultivated country, wild animals only continue to exist at all when preserved by sportsmen. The excellent people who protest against all hunting and consider sportsmen as enemies of wildlife, are ignorant of the fact that in reality the genuine sportsman is by all odds the most important factor in keeping the larger and more valuable wild creatures from total extermination.”

Across America, some 15 million hunters will be taking to the fields, marshes, and woodlands this fall to renew a bond with the land and the creatures that inhabit it. They’ll be reaping the bounty of healthy habitat, filling freezers with free range meat and feeding tens of thousands of homeless souls through the national Hunter’s for the Hungry program. Sportsmen have long known that what they take isn’t nearly as important as what they give back—a philosophy American sportsmen and women have embraced since the days of Roosevelt. Because of that, the nation’s sustainable wildlife resources are flourishing.

No manner of animal rights propaganda will change that reality. And while that truth might be lost on some, it isn’t for those who just follow the money.