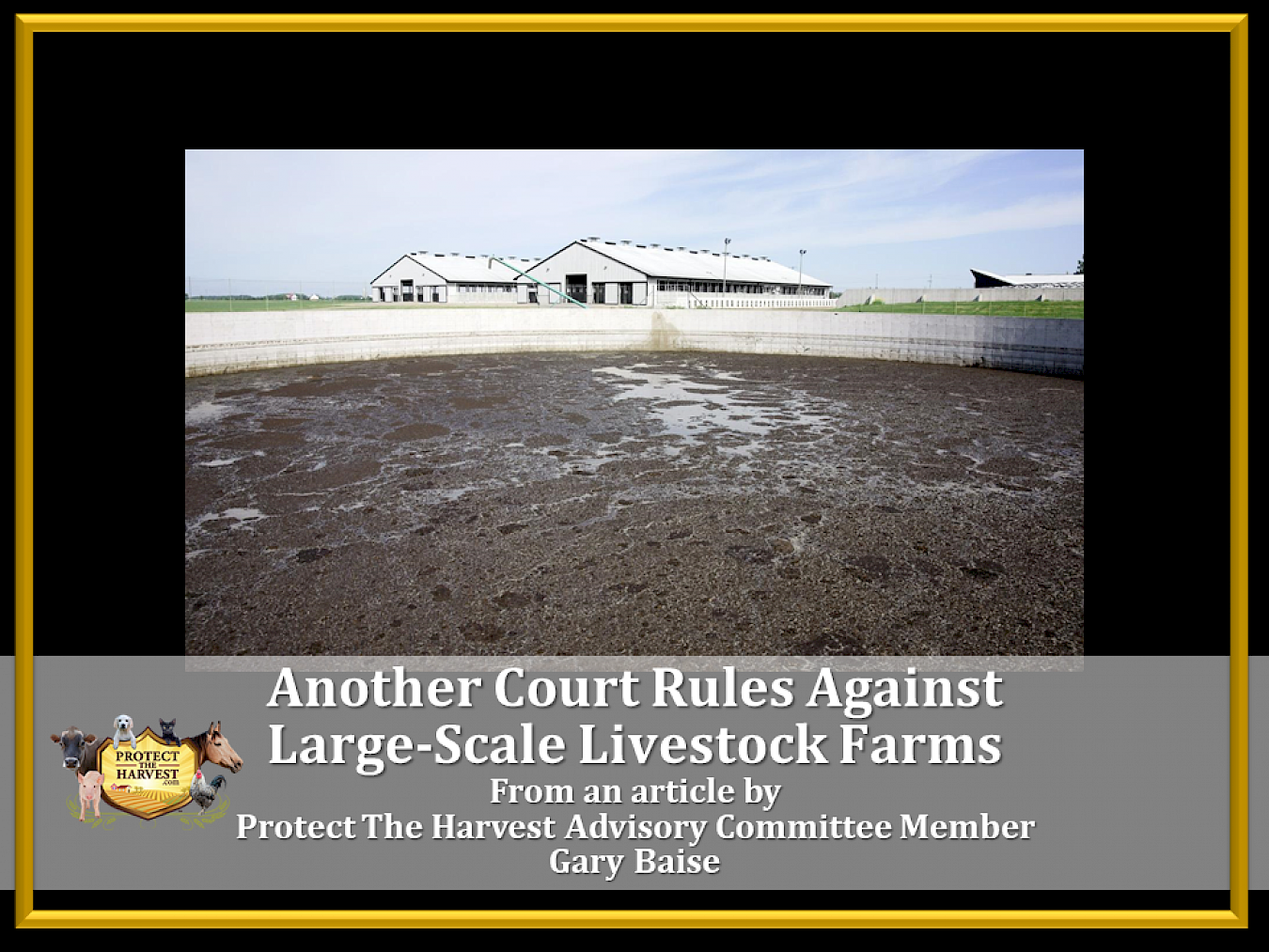 The United States is home to 21,000 large-scale livestock farms, or Concentrated Animal Feeding Operations. According to an appeals court opinion handed down Thursday, Sept. 16, 2021, the U.S. Ninth Circuit Court of Appeals in San Francisco once again ruled for the environmentalists against these farms.

The case is no. 20-71554 and was brought by Food and Water Watch against EPA. (No agriculture group was involved!!!!) The opinion has to do with a general NPDES permit granted by EPA to Idaho. Reuters, in its story about the victory for the environmentalists, succinctly stated the issue: Idaho’s “…National Pollutant Discharge Elimination System Permit (NPDES) lacks sufficient safeguards to ensure that pollutants from CAFOs, typically manure from the thousands of animals raised in the facilities or litter, would not end up in nearby waterways.”

The opinion was written by Judge William Fletcher. Two other Court of Appeals judges joined him. Judge Fletcher is a Bill Clinton appointee. Judge Fletcher has no agricultural background and in 2020, according to some reports, he was concerned that the U.S. Forest Service was cutting trees for monetary gain. He has ruled that Arizona’s policy of not counting ballots filed in the wrong precinct is unconstitutional. Judge Fletcher has his law degree from Yale and went to Oxford with Bill Clinton.

Why is this different?

Apparently, no one brought to the court’s attention that the Natural Resources Conservation Service of the USDA has a conservation practice standard entitled “359-CPS-1”. NRCS does not claim its standard is a requirement, but virtually all construction of lagoons involving federal money must meet 359 standards. This is the USDA’s standard regarding structural design of a lagoon, and it looks particularly at leakage. If there is leakage from a lagoon in sandy soil, there must be a liner.

The court claims there can be no discharges from CAFOs and that is correct. The Idaho permit does not require Idaho CAFOs to sufficiently monitor underground discharges and that the Idaho permit “…in no way assure[s] the production areas comply with the Permit’s zero-discharge requirement.”

Even though the Idaho NPDES permit prohibited discharges from application areas during dry weather, there is no requirement for monitoring to assure there is no discharge.

In the 25-page opinion, the court describes the objectives of the Clean Water Act and equates CAFOs to point source dischargers. The court also discusses the fact that animal manure and waste is terrible and can reach groundwater in a variety of ways such as leaks from lagoons and surface runoff because of land-application.

The court is concerned that Idaho has a growing number of CAFOs and believes the water quality of Idaho is decreasing because CAFOs are causing a number of “impaired waters.”

It is clear from reading the opinion that the court was presented evidence that several Idaho waterways were contaminated solely by runoff by CAFOs. As a conclusion the Court of Appeals in the Ninth Circuit ruled that since the NPDES permits for Idaho prevents discharges of pollutants, the only way to assure that pollutants do not reach the waterways is to have monitoring installed for all “underground” leaks. This of course will be expensive and does not consider all the precautions from the NRCS and the U.S. Department of Agriculture.

The decision relies heavily and quotes the Cow Palace case from a district court in Washington State jurisdiction. As far as the Ninth Circuit is concerned, the CWA requires all NPDES permittees to monitor “any possible” discharge from above ground or below ground.

Prev Article
Goliad Texas - A Perfect Storm of Circumstances and Animal Extremism
Next Article
Why Does Best Friends Animal Society Own Two Planes?