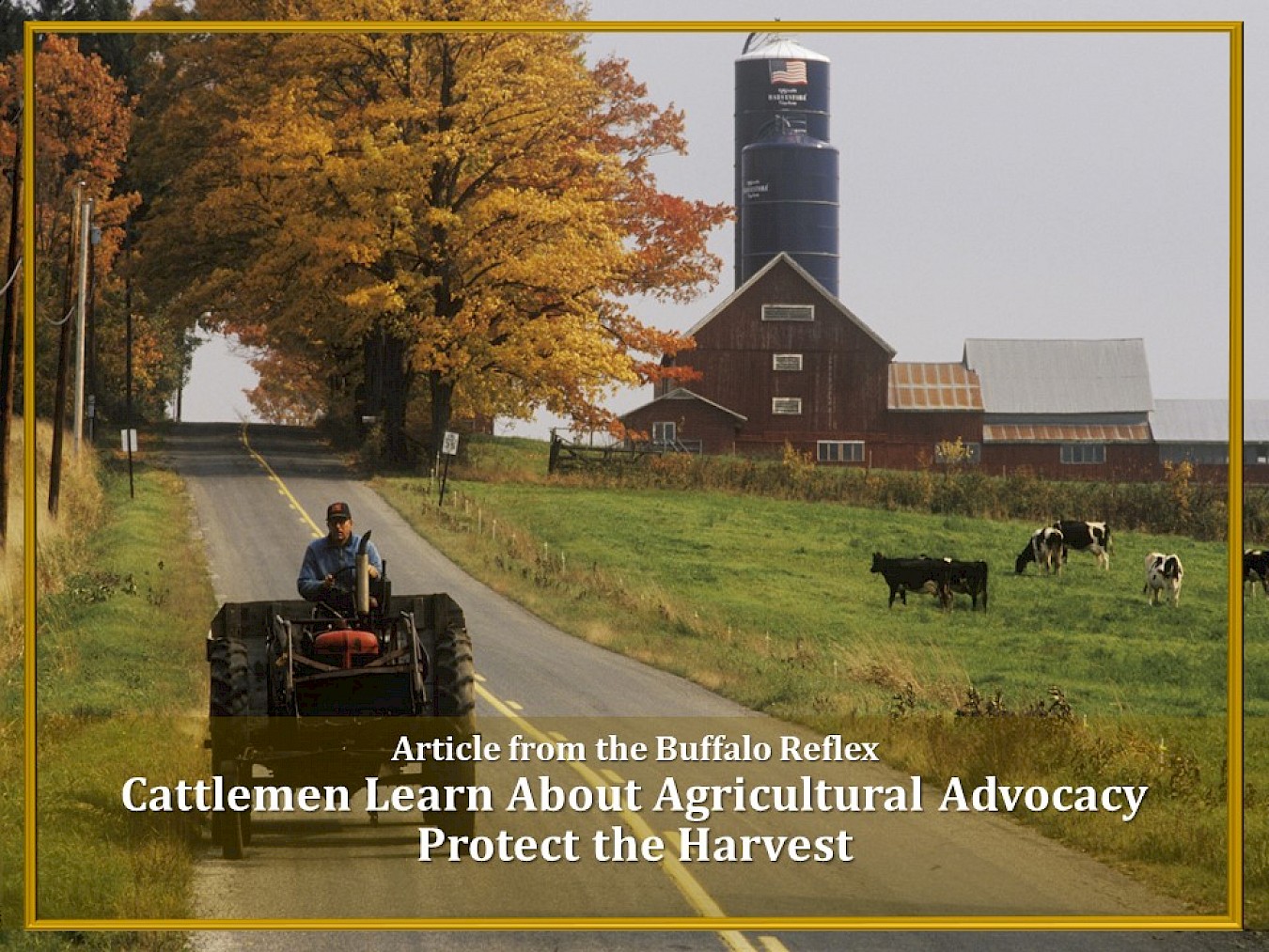 An Article from the Buffalo Reflex Newspaper

By Steve Johnson
The Missouri Pet Breeders Association hosted “We Must Stand United” in conjunction with the Dallas County Cattlemen’s meeting on Tuesday, Oct. 13. The information and educational meeting was held at the Prairie Grove Mennonite School and was well attended. A catered dinner was provided and a silent and live auction were also part of the event.

Dale Ludwig, president of the board of Protect the Harvest, thanked the MPBA for hosting the event and the DCCA for the opportunity to share the mission of Protect the Harvest. He spoke of the origins of the not-for-profit advocacy organization that was founded by Forrest Lucas, of Lucas Oil, in 2011.

“Protect the Harvest was created to defend and preserve American freedoms and to support farmers, ranchers, outdoor enthusiasts and animal owners,” said Ludwig.
He continued to state PTH’s mission of informing and educating Americans about the activities of anti-agriculture groups and animal rights groups that threaten the farming and agricultural way of life.

Ludwig said that most Americans are unaware that there are special interest groups in America that have evolved into a wealthy and well-organized movement that is determined to change our way of life. He pointed out that these groups are aiming to control agriculture, land and water use, and eliminate human-animal interaction as well as hunting and fishing.

This past year, PTH concentrated all their efforts towards their 501c3 and the goal of informing and educating the public. They continue to support select agricultural, equine and companion animal events like the MPBA sponsored “We Must Stand United.”

Ludwig said that difference between animal rights and animal welfare might be confusing to some.
The American Veterinary Medical Association has taken a formal position defining the difference between the two labels, Animal Rights vs. Animal Welfare.

In their detailed Policy on Animal Welfare and Animal Rights, they state that they cannot endorse the views of Animal Rights Groups. Here’s a quote from their policy:“Animal rights is a philosophical view and personal value characterized by statements by various animal rights groups. Animal welfare and animal rights are not synonymous terms. The AVMA wholeheartedly endorses and adopts promotion of animal welfare as official policy; however, the AVMA cannot endorse the philosophical views and personal values of animal rights advocates when they are incompatible with the responsible use of animals for human purposes, such as food, fiber, and research conducted for the benefit of both humans and animals.”

Animal Welfare includes all animals, whether used for food, companionship, or sport. It is based on a principle of ownership of animals. It reflects a common-sense approach that animals should be treated well and that animal cruelty is wrong. Animal welfare standards and guidelines for animal use and management are based on sound veterinary and animal husbandry experience, research, and practices.

On the other hand, Animal Rights advocates and their groups believe in the ideology that there is no distinction between animals and humans. They view animal ownership as exploitation and slavery. The true goal of Animal Rights Groups is to work for legislation and humane care only until all animals are no longer owned or utilized by human beings.

“We support Animal Welfare, but we are against Animal Rights. Taking a stand against Animal Rights in no way means that we do not care about animals or their welfare. We do care, or we would not be investing time, money and a whole lot of effort in educating the public about protecting our rights, animal ownership, agriculture, and our heritage,” said Ludwig.