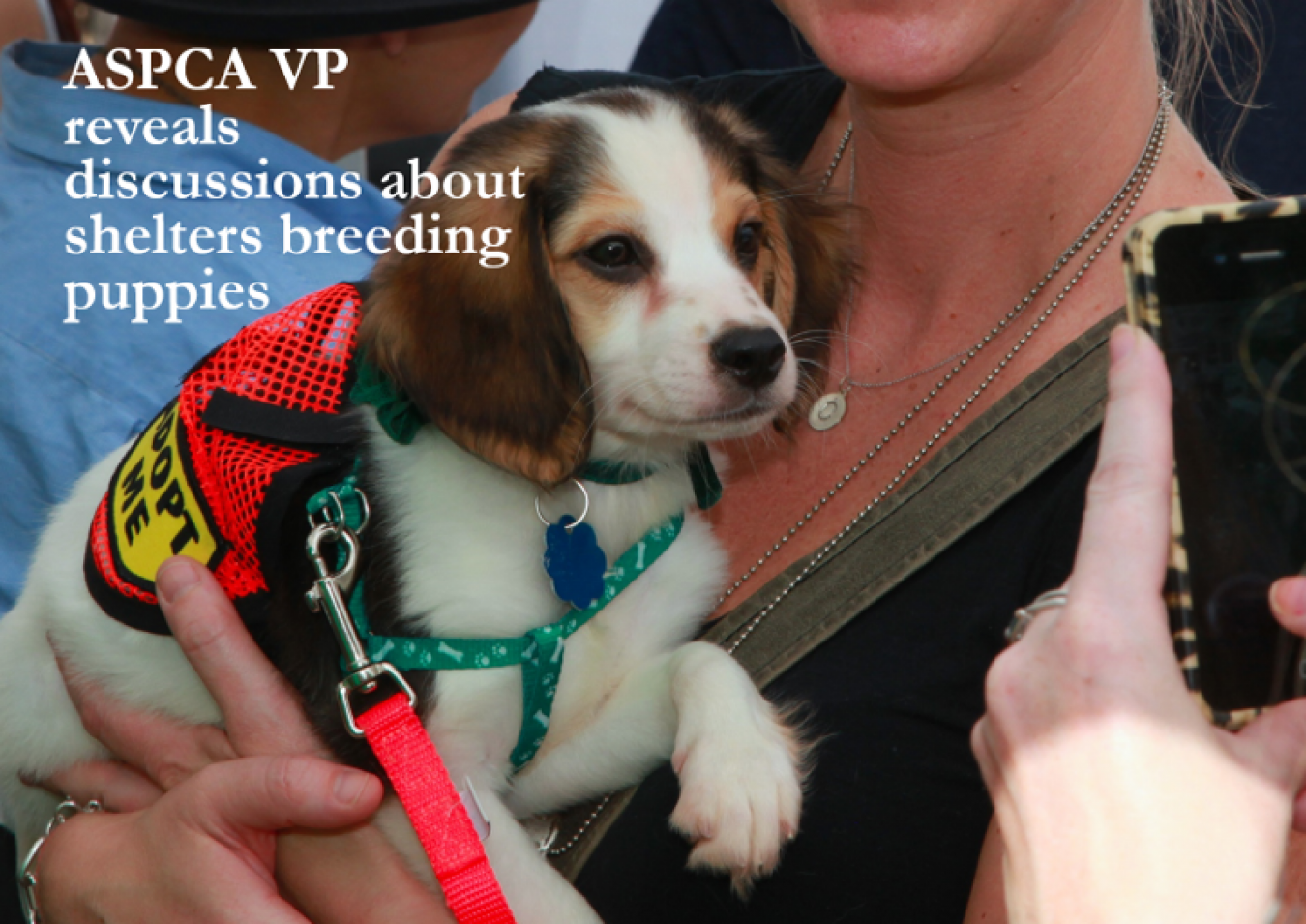 Did She Just Say That?

According to a 2013 article by the American Society for the Prevention and Cruelty to Animals (ASPCA) own Vice President of Equine Welfare and past Senior Director of Research and Development, Emily Weiss, there is a shortage of young dogs entering the shelter system. She asserted: “The crisis is that we are running out of puppies! There are many communities that simply do not have juvenile dogs entering their sheltering system and, in many cases, the adult dog population entering the shelters has significantly decreased – and significantly changed”.

Her Words - Where Will Puppies Come From?

This blog post flies in the face of everything they have claimed in the past. Villainizing all dog breeders, pushing the “adopt, don’t shop” movement, and claiming dogs are over-populated and all dogs must be spayed and neutered. In the article she also says, “This is a conversation we have been having for a few years… At HSUS Expo this year (2013), I [Emily] heard a few people mention the next step for some shelters may be to find ways in which we become the source for puppies for folks”. Let that sink in… the Humane Society of the United States and ASPCA have considered that shelters may need to start breeding dogs to meet the demand of pet owners.

As we had written in our article about California’s AB – 485, Patti Strand, of the National Animal Interest Alliance, explains that the number of “replacement animals”- the animals wanted by the American public each year to replace deceased or retired animals - is much higher than the number of animals born each year. On May 19th, 2016, Andy Rowan, HSUS Chief Scientific Officer and Executive Director of the HSUS Veterinary Medical Association, stated that we needed nine million replacement animals in the United States. The HSUS’s statement also shows we have a shortage of animals that are available to be placed. It seems that the ASPCA has seen the same trend.

Who Do They Think They Are?

This article raises numerous questions for us. What makes the ASPCA think they know better than USDA licensed breeders that have invested a lifetime learning about breeding dogs and selecting for specific genetic traits? What kind of dog would the ASPCA advocate shelters breed? Would they be pairing cross-bred dogs? Does the ASPCA or community animal shelters know anything about genetic health screening? Would they x-ray hips and elbows? If not, they could be producing animals riddled with health problems.

Protect the Harvest will always appreciate the good work that community animal shelters do for needy animals. We also appreciate the dedication of responsible breeders who are preserving purpose-bred dogs. If shelters start breeding dogs to meet the public’s demand for young dogs, as the ASPCA is recommending in their article, that gives them a financial incentive to have a shelter full of dogs. Shelters would be breeding for profit, which is what the ASPCA has criticized hobby and USDA licensed breeders for doing. The HSUS and ASPCA have gone to such extreme lengths to push their agenda that they have now gone in a full circle, ending up on the other side of what they have been pushing against. The level of hypocrisy in this ASPCA article is quite shocking; proposing breeding while villainizing licensed, responsible breeders by continuing to push an “adopt, don’t shop” agenda.

To read the full blog post by Emily Weiss follow the link here: https://www.aspcapro.org/blog/2013/05/23/where-will-puppies-come INTERESTING DEVELOPMENT - Since this article was published, the above link to the ASPCA blog post no longer pulls up - even though it appears on a Google search. We were prepared for this and saved a .pdf of the article. Here it is for those interested in reading: