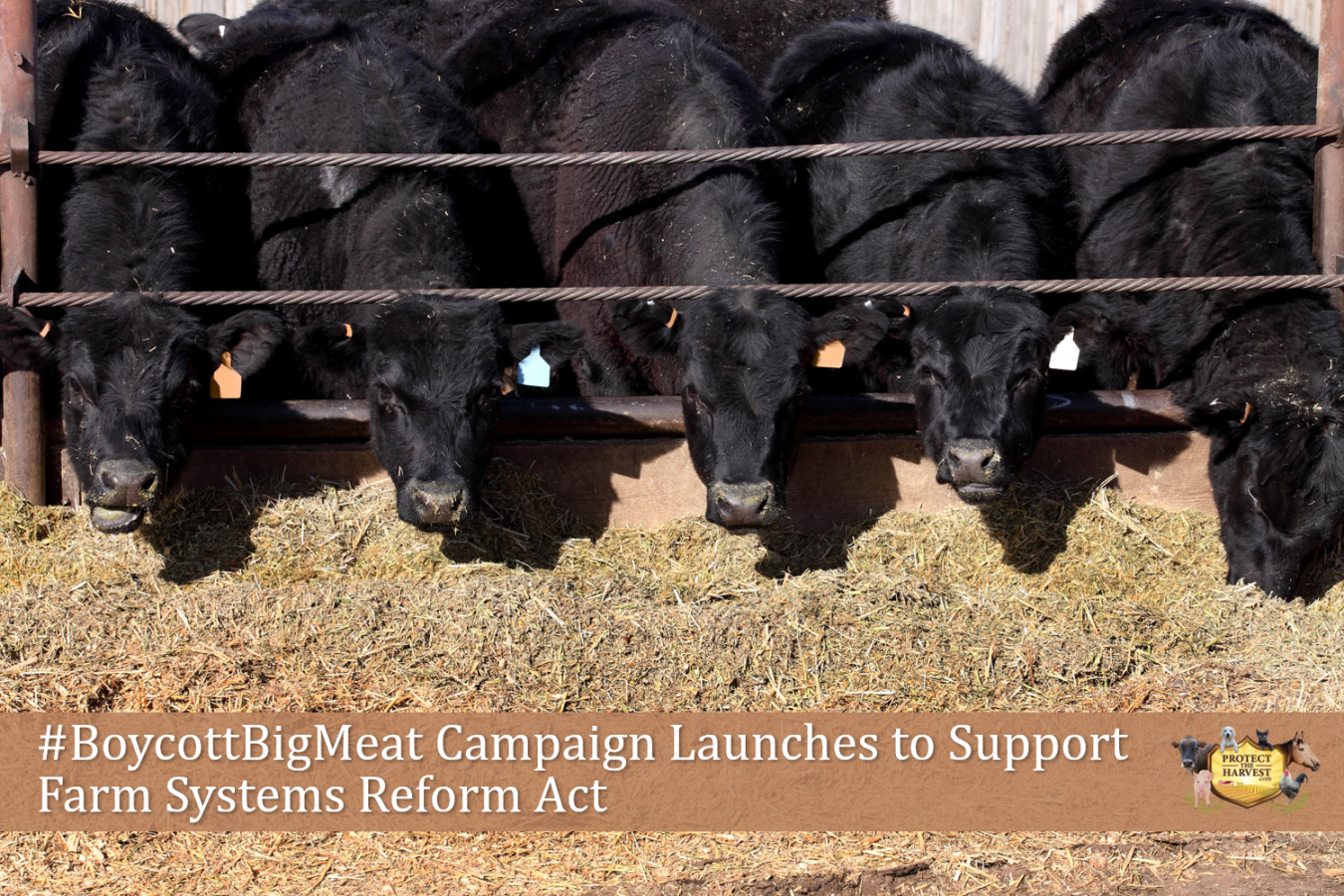 Farm Systems Reform Act Introduced in 2019
As we shared in a previous article, the Farm Systems Reform Act (FSRA) was introduced in 2019 by Senators Cory Booker (D-NJ) and Elizabeth Warren (D-MA). The bill aims to phase out large modern farms and instead support only pasture-based livestock operations. The senators have worked hard to disguise FSRA as being desirable to farmers and ranchers, but Booker’s relationship to animal rights groups make the underlying animal rights and extreme environmentalist agenda readily apparent.

Large Modern Farms Wrongfully Under Attack
Booker’s FRSA legislation prominently features a ban on large finishing operations. The building of new finishing operations and new large farms would be banned and existing finishing and feeding operations would be required to close by January 2040. Another name for large modern farms is CAFO – confined feeding operation. The name is problematic because it conjures up negative images, instead of the fact that these operations are larger in scale and modern, using the latest in animal health and welfare husbandry. The EPA’s definition of a CAFO includes operations with at least 700 dairy cows (which is considered small by today’s standards), 2,500 hogs, 1,000 beef cattle or 125,000 broiler chickens.
Anti-animal agriculture activists intentionally mislead the public by painting a negative picture of large modern farms despite their utilizing the latest advancements in animal health and welfare.

In fact, the large modern farms they refer to in derogatory ways are essential for small-scale producers and the overall meat and dairy production process. Booker attempts to appeal to “the little guy” by playing to irrational fears and targeting “corporate big ag.” He conveniently ignores:
• The fact that incorporation is simply a business structure utilized by many producers, including small family operations.
• The fact that the majority of small producers rely upon large modern farms and finishing yards to complete the production cycle.

Booker wrongly claims that the world doesn’t have enough land to sustain the level of worldwide meat consumption. He also conveniently dodges the fact that large modern farms actually reduce the amount of land needed for production. He also fails to mention that the world has even less land to feed and support people who are choosing a vegan lifestyle. The majority of grazing land is unsuitable for growing crops, allowing cattle and sheep to sustainably transform raw forage material unusable by humans into meat and a multitude of byproducts. Without large modern farms, much more grazing land would be needed.

#BoycottBigMeat Campaign Works to Make Changes to Livestock Industry by Supporting FSRA
Touted as a “national consumer education and lobbying campaign” the #BoycottBigMeat initiative supports the same new regulations as the Farm Systems Reform Act (FSRA). They also partner with animal and environmental extremist group, Socially Responsible Agriculture Project, as well as several others like Regeneration International and the national coalition of U.S. Farmers & Ranchers for a Green New Deal. Based on very similar fallacies to the FSRA, this campaign claims our food supply chain is not sustainable, specifically regarding environmental concerns, social justice and animal welfare. However, we know that large modern farms prioritize animal health and welfare and actually reduce the amount of land needed for beef production.

Quality Animal Care is Essential in Large Modern Farms
The claim is often made by animal extremists that animals in finishing yards are mistreated or abused. However, nothing could be further from the truth. The entire point of a finishing yard for meat animals is to humanely, efficiently bring them to finish weight in order to be processed and used for food, fiber and other essential products like pharmaceuticals. Animals that are distressed not only become sick more easily, but also fail to gain weight, thus defeating the entire purpose of a finishing yard’s role in the food supply system. Keeping animals happy and healthy is an integral component of producing high-quality, healthy meat and dairy products.
Without finishing yards, and large modern farms, meat, dairy and other essential products would become incredibly expensive and less marketable. When products become expensive and less marketable it forces all sizes of producers out of business. When one considers the ties of these animal extremist influenced campaigns and associated legislation, as well as their ties to the Green New Deal, it is clear that making meat and dairy more expensive and harder to come by is exactly their goal.

The Future of the Beef Industry Could Be Altered Forever
We, at Protect The Harvest, will continue to support the livestock industry and share factual information about it. We have written exposes on SRAP – Socially Responsible Agriculture Project and the activities of other groups as well as other anti-agriculture and animal ownership legislation Senator Booker has sponsored. We encourage everyone to visit our website to learn more. We want to strongly emphasize the importance of looking beyond the surface of proposed legislation to learn about the real ideology and associations behind it. The deep interconnectivity of the animal and environmental extremist movements has become a serious threat to our nation’s access to safe, affordable, humanely produced food. We believe the Farm Systems Reform Act will forever alter the meat industry and consumer choices. The “Boycott Big Meat” campaign is relying on misinformation and fear mongering to push their ideology, but we know better than to believe them.

Prev Article
No Rest for the Weary: Threats to Animal Agriculture Mount Amidst COVID-19 Pandemic
Next Article
Allegations Swirl Around The Care of Chimpanzees at HSUS-Funded Project Chimps