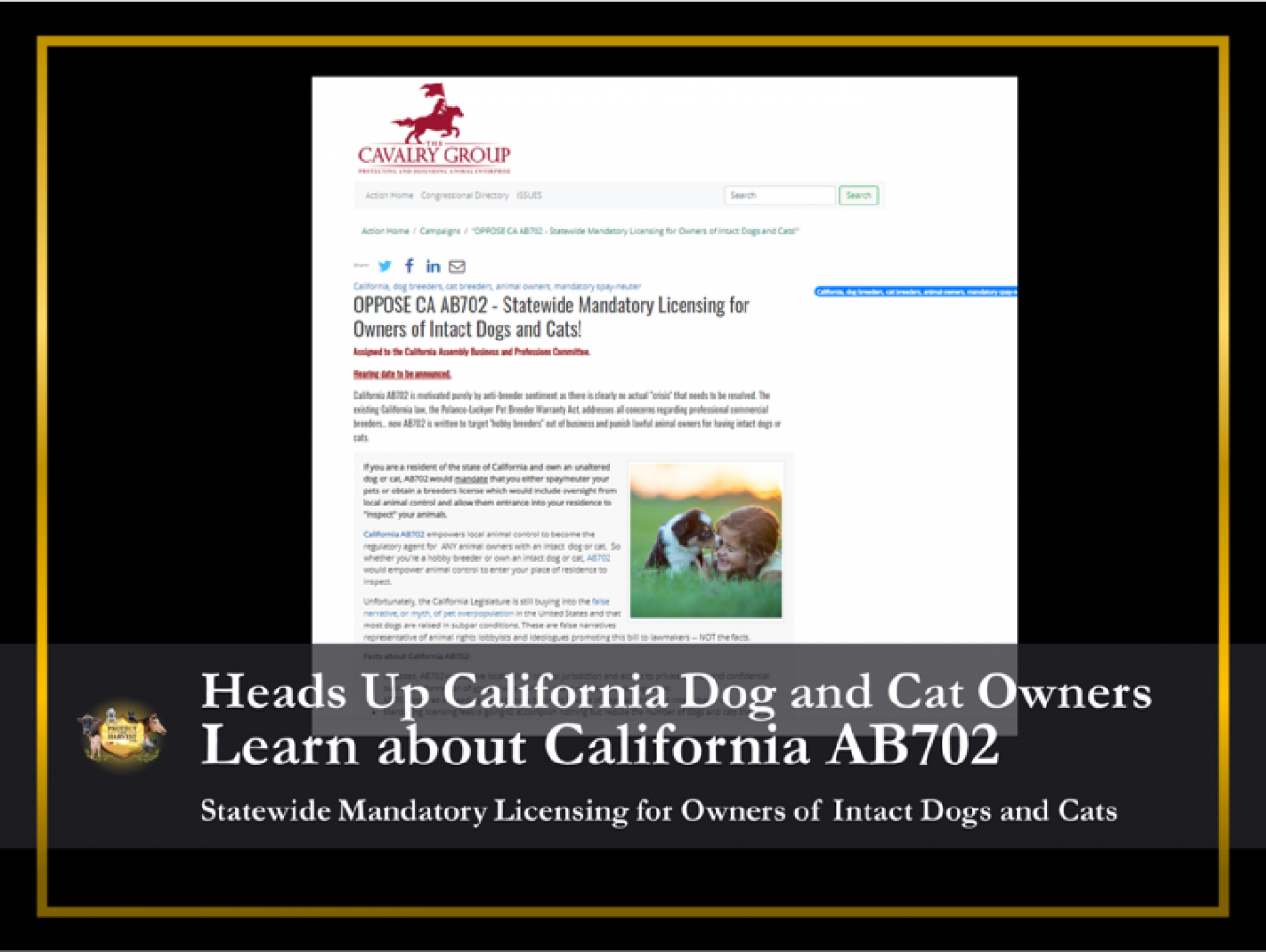 On February 16, 2021 CA AB702 was introduced which will impact dog and cat owners. Our friends at The Cavalry Group prepared this legislative alert.

Alert from The Cavalry Group

Hearing date to be announced.

California AB702 is motivated purely by anti-breeder sentiment as there is clearly no actual "crisis" that needs to be resolved. The existing California law, the Polanco-Lockyer Pet Breeder Warranty Act, addresses all concerns regarding professional commercial breeders... now AB702 is written to target "hobby breeders" out of business and punish lawful animal owners for having intact dogs or cats.

If you are a resident of the state of California and own an unaltered dog or cat, AB702 would mandate that you either spay/neuter your pets or obtain a breeders license which would include oversight from local animal control and allow them entrance into your residence to "inspect" your animals.

Unfortunately, the California Legislature is still buying into the false narrative, or myth, of pet overpopulation in the United States and that most dogs are raised in subpar conditions. These are false narratives representative of animal rights lobbyists and ideologues promoting this bill to lawmakers -- NOT the facts.

The Cavalry Group has set up an option for commenting directly to California lawmakers. They are askding that the above talking points are used, and that the information should be used as a guide because boilerplate letters are not read.

Republished by Protect The Harvest on behalf of The Cavalry Group