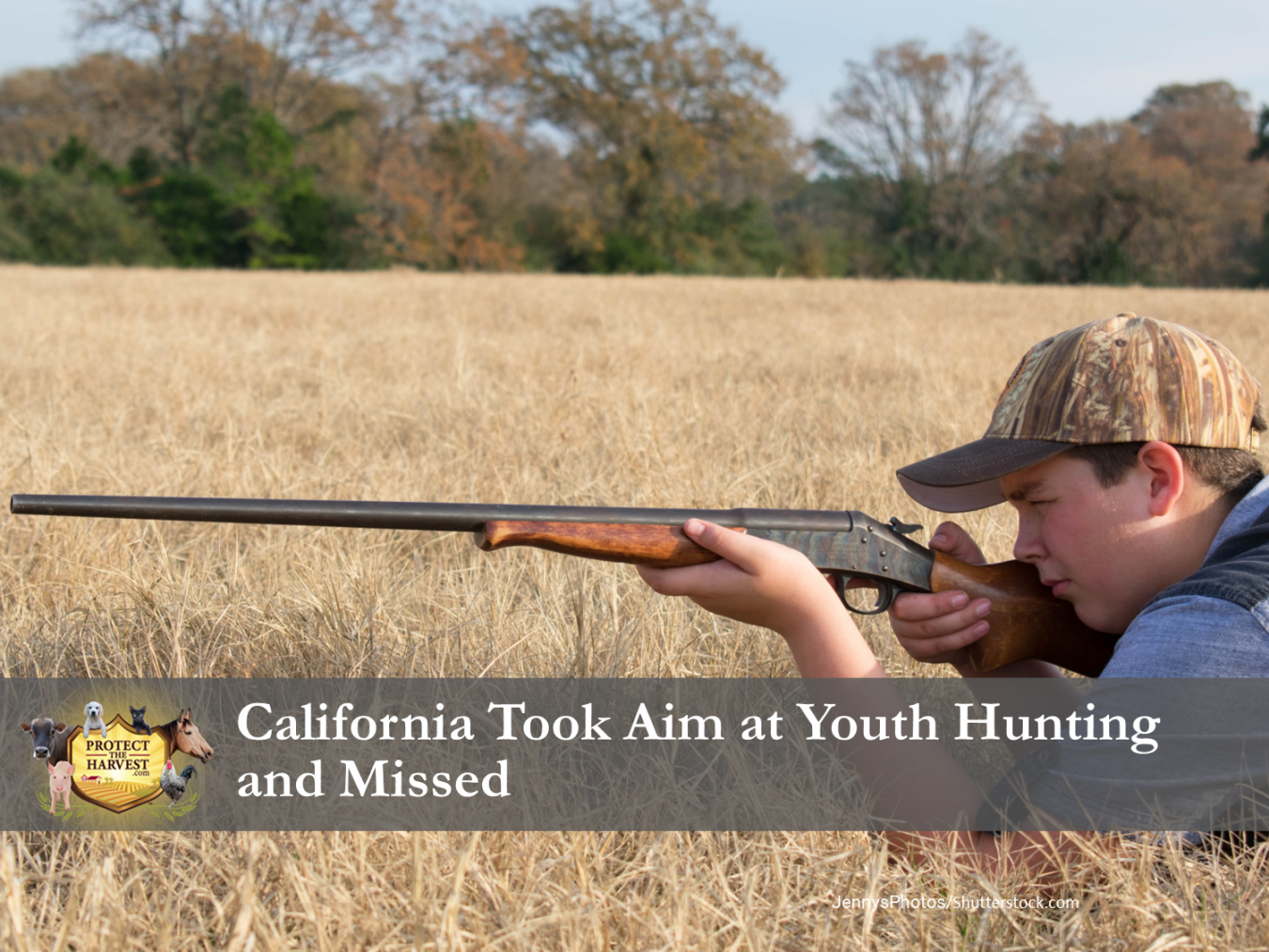 Promoting youth hunting and youth hunter education was for a short time considered illegal in California due to a recent bill that passed. Assembly Bill 2571 was passed by the California House of Representatives and Senate and then signed into law by Governor Newsom on June 30, 2022.

This bill effectively banned the promotion of:

Who Would Have Been Affected?

The California State High School Clay Target League had put up a notification on its website stating:

“As a school-based activity serving students from 6th-12th grade, these provisions serve to outlaw the very name and existence of the California State High School Clay Target League (CSHSCTL).”

The website went on to quote John Nelson, President of the USA Clay Target League, stating, “The League is the safest sport in high school.” He further states, “Over 1,500 schools across the nation have approved our program. Hundreds of thousands of students have participated, and there has never been an accident or injury.”

The Scholastic Shooting Sports Foundation also put a disclaimer up for those visiting the website:

“NOTICE FOR CALIFORNIA RESIDENTS: Due to the passage of California Assembly Bill 2571 related to the advertising or marketing of firearms and firearm related products, the Scholastic Shooting Sports Foundation has limited communication with the state of California. The information on this website is not intended for minor audiences in California. If you are a minor in California, please do not continue to this website.”

California Passed a Law It Couldn’t Comply With

If AB 160 had not been put into place to correct the overarching AB 2571, it would have put California’s Department of Fish and Wildlife in a very tough position. They would have been subject to a $25,000 fine per each incidence of incompliance. Each incidence is every “impression,” occurrence, and/or publication of prohibited communication.

A Legal Battle Was Stirred Up

The second coalition to jump on board and protect youth hunting and shooting sports was So Cal Top Guns, Safari Club International, US Sportsmen’s Alliance Foundation, and Congressional Sportsmen’s Foundation. Their complaint for declaratory and injunctive relief was filed with the U.S. District Court Eastern District of California on August 5th.

While we congratulate all who worked hard to get AB 160 passed to correct the language that was present in AB 2571, we find it concerning that it even needed to come to this point.

The promotion and marketing of youth shooting sports and youth hunting are once again protected in California, but this should be a wake-up call to all hunters and shooting sports enthusiasts across America.

The story of AB 2571 also demonstrates to citizens how bills are presented, voted on by lawmakers and signed into law without a clear understanding of the overarching consequences. In order to protect and defend our freedoms written into law, we must keep aware of what is happening in our communities and the state where we live. Check out our Protecting Our Lifestyle and Livelihood program on our website to learn more about what you can do.

Documentation of Lawsuit Against California Attorney General HERE and HERE