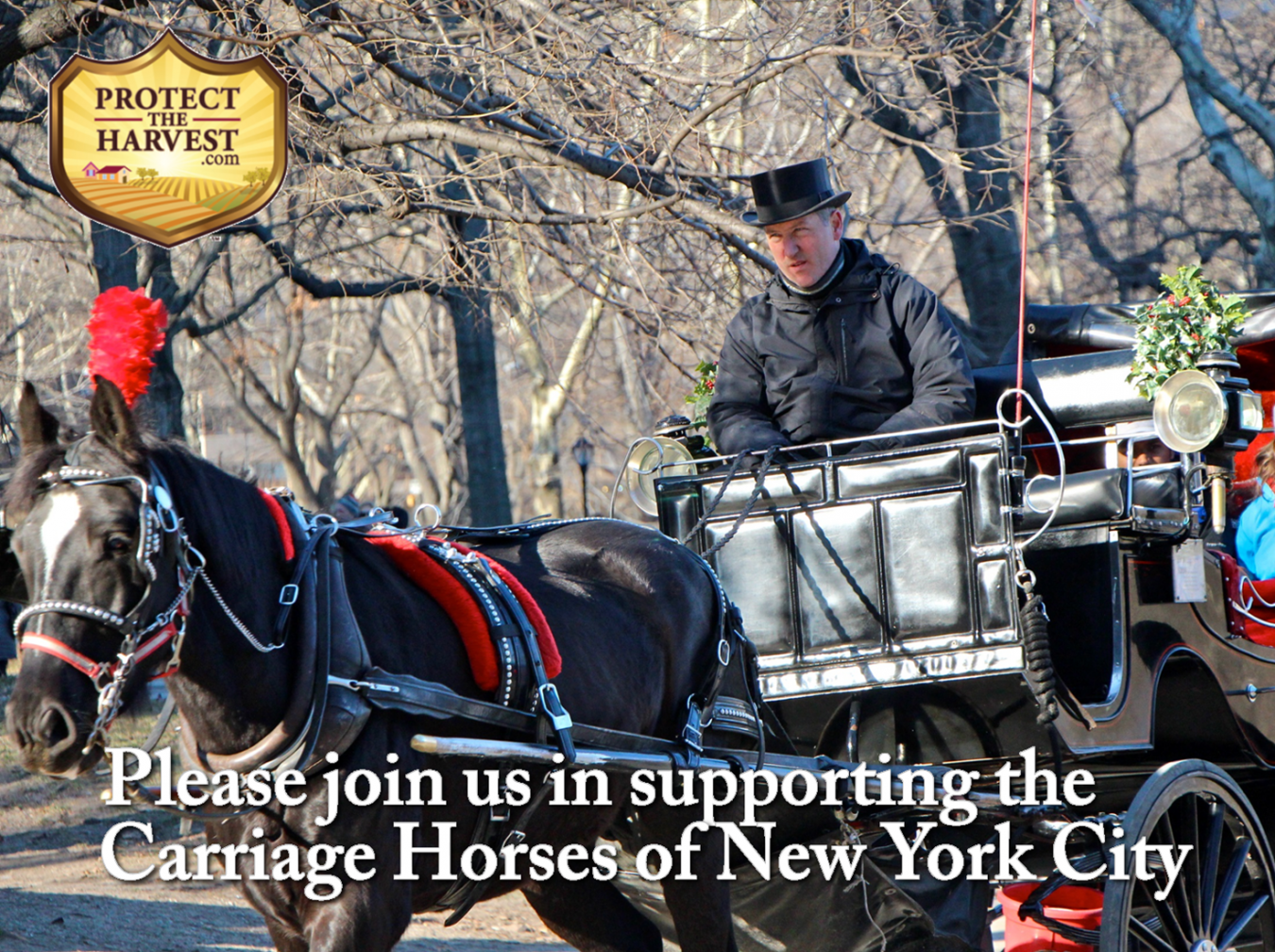 The New York Post reports that there is a planned protest for December 17th. Carriage horse operator, Central Park Sightseeing, filed an emergency suit to prevent two animal rights activist groups New Yorkers for Clean and Livable and Safe Streets (NYCLASS), and Friends of Animals”…from using hostile protesting tactics.” The protest, titled “Public Education to Stop Horse Carriages”, is scheduled for 12:00 PM in Central Park South. In February of this year, the New York City Council canceled a vote on Mayor de Blasio’s bill to restrict the carriage horse businesses. The Mayor responded with, “We will work toward a new path on this issue.” The new “path” is to allow animal rights extremists to ramp up their tactics. They are waving posters at the carriage horses. There are reports of people being shoved. Parents have been berated in front of their young children. The extremists are accusing parents of teaching their children to abuse animals. There’s more to the story –

The Humane Society of the United States and People for the Ethical Treatment of Animals are involved too. They publish information full of myths and falsehoods to whip up emotions. Animal rights extremist groups have been working across the country to eliminate the tradition and heritage of horse drawn carriages. They have been very active in New York City. Other cities the offer carriage horse tours have been targeted. Over the last week, carriage horse businesses have been threatened in Kansas City as well. We hope Central Park Sightseeing prevails in their lawsuit. This harassment needs to stop. Links: New York Post Article New York Times Article To learn more about the care of carriage horses of New York City, visit http://carriageon.com/ Our 2014 blog post on Protect The Harvest also outlines the care of carriage horses.