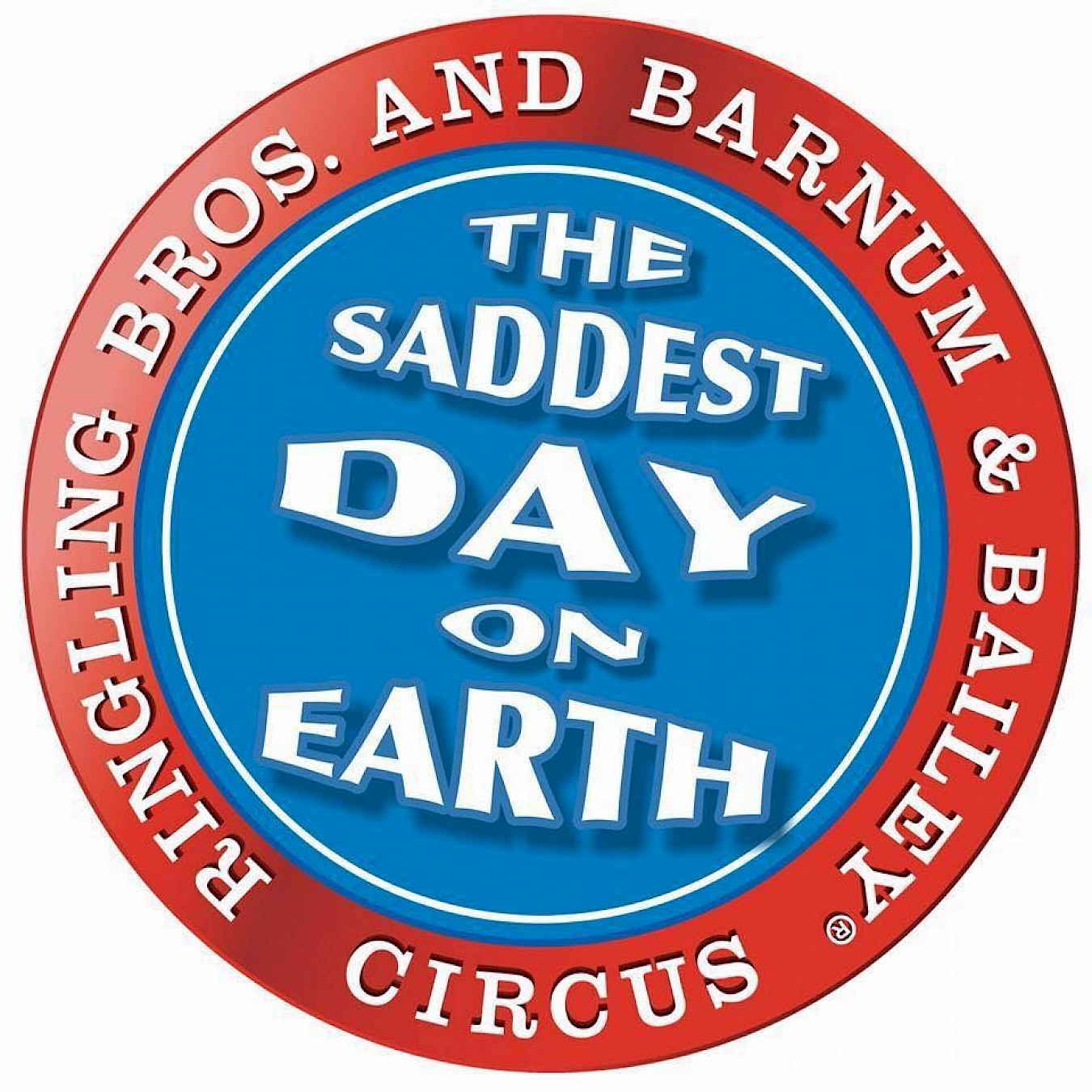 The Saddest Day on Earth

The attacks on Ringling Brothers Circus are many and varied and come from a number of Animal Rights extremist groups including the Humane Society of the United States, PETA, the ASPCA and others. The Humane Society of the United States is a lobbying machine pushing to create laws and regulations that suit their extremist agenda. There are Animal Rights sympathizers in politics. Political sympathizers worked to change city ordinances that make it impossible for the circus to perform in those markets. There were frivolous lawsuits based on false charges that lasted years in length. Feld Entertainment, Ringling Brothers parent company, filed a counter suit against the Humane Society of the United States, the ASPCA and other co-defendants for bribery of false witnesses and Racketeering (RICO). Then there are the ongoing protests and general, constant harassment. Despite the HSUS, the ASPCA, and other co-defendants settling the RICO suit to a combined amount of $25 million, this closure is a big very win for these extremist groups. They are celebrating. They are charged up.

Joylon Jamison, a French mother of two young boys reported an alarming experience when attending the circus the other day in Colmar, Alsace, France. Joylon and her children are frequent circus-goers. She said that in the past it would be common to see 3-4 Animal Rights protestors at a circus. On this day after the Ringling Brother’s announcement, she saw approximately 50 protestors holding banners. They lined both sides of the road outside the entrance to the circus. She feels the sudden jump in number of protestors is a direct result of the Ringling Brother’s announcement. She believes it proved that constant harassment worked to close the World’s Greatest Show.

In the minds of animal rights extremists, no animal should be owned, used for a purpose or exhibited. THEY MAKE NO DISTINCTIONS. It does not register with them that Asian elephants used in the circus have worked among people for thousands of years. According to Wikipedia, the first historical domestication of elephants was recorded in Harappan times. “The earliest indications of captive use of Asian elephants are engravings on seals of the Indus Valley civilization dated to the third millennium BC.” Extremists disregard the fact that in their native lands, Asian elephants still work and live with people. Elephants are used in logging, agriculture, as transportation, and in the military. They also ignore the fact that Ringling Brothers has the largest herd in North America and are actively involved in conservation at their Ringling Bros. and Barnum & Bailey Center for Elephant Conservation. There they perform ground-breaking research in assisted reproduction in Asian elephants.

Animal Rights extremists also disregard the domestication of other animals, for example, dogs and horses. Draft horses and Shetland ponies were designed to plow the fields and work pulling heavy loads. The Arabian horse was bred for beauty, endurance and the desert environment. Dogs were bred to pull sleds in the snow, to find people, to work as guardians, to hunt, and so on. None of this is relevant to these extremists. It does not matter. They want to end animal ownership. Those of us that exhibit or compete with animals are among their many targets. Animal rights extremists have a skewed view of reality and what is in the best interest of animals. They are trapped in ideology. The real truth, science and facts mean absolutely nothing to them. They have no care or thought for the consequences of their actions. They are not concerned about how domesticated animals, who rely on humans, will survive once they “set them free”. The extremists that have been attacking the circus are inter-connected groups. Don’t forget that these very same groups are the ones attacking carriage horses, pony rides, horse shows, rodeos, dog and cat breeders, animal agriculture and more. They feel righteous and now they believe their actions are vindicated by the closure of the circus. This closure will impact animal owners everywhere. It could be a rough ride for us in the coming months. Please support animal owners and the organizations that are fighting back against their attacks. We need to stick together to protect our way of life, our rights and our heritage.