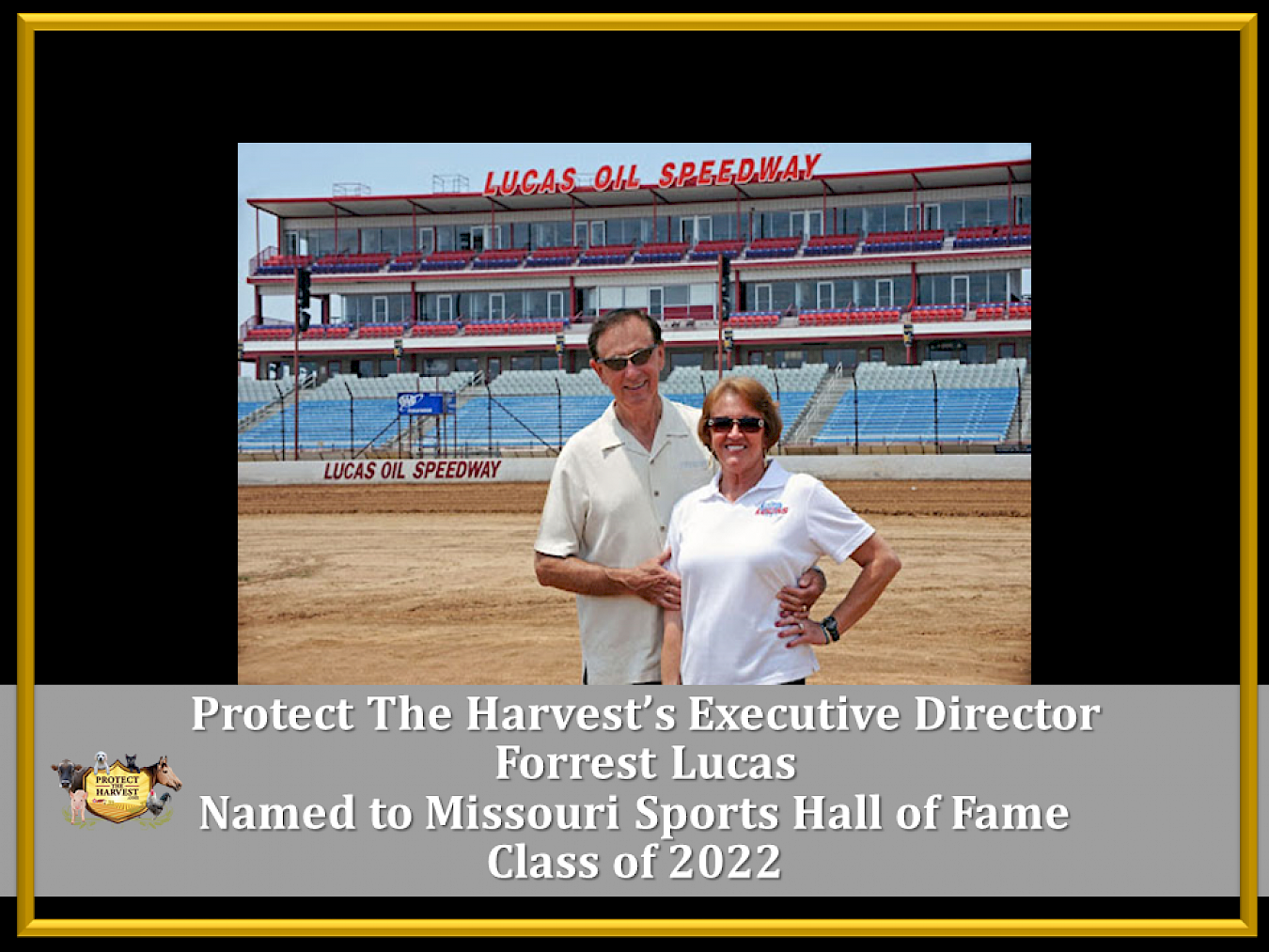 INDIANAPOLIS (Jan. 26, 2022) – Lucas Oil Products Inc., the world leader and distributor of high-performance automotive additives and lubricants, proudly announces the induction of Forrest Lucas, founder of Lucas Oil and namesake of Lucas Oil Speedway and Lucas Oil Stadium, into the Missouri Sports Hall of Fame. He is recognized worldwide as a generous supporter of motorsports and the innovative pioneer of problem-solving oils and fuel treatments. Lucas and his fellow inductees will be honored in ceremonies on Sunday, February 6th in Springfield, MO.

“It is truly humbling to receive this honor from the Missouri Sports Hall of Fame alongside such a remarkable class of sports legends and icons,” said Lucas. “I am incredibly proud and grateful to have played a role in shaping the industry. The investments we have made across sporting and racing venues, sponsorships and partnerships, have helped grow our family business and brand into what it is today. And, as a devoted sports fan, supporting the men and women of these organizations has been a joy on both a personal and professional level."

Lucas founded the company in 1989 alongside his wife Charlotte in an effort to create oil and fuel treatments for the trucking industry that would reduce mechanical failures and increase mileage. Since the company’s realization, Lucas has created engine oils and fuel treatments for just about any machine with an engine or moving parts. Beyond being a self-made businessman, he is also a generous philanthropist and sports marketing legend - famous for strategic sponsorships spanning amateur and professional sports of all kinds.

Lucas' numerous contributions to the automotive industry and sports nationwide are traceable over decades. He has made significant investments in sports across the Midwest and around the country. From the Lucas Oil Speedway, known as "The Diamond of the Dirt Tracks" in Wheatland, Missouri, to high profile sponsorships like Lucas Oil Stadium, Home of the Indianapolis Colts, as well as exclusive oil of Monster Jam and the Dallas Cowboys. The impact of his support is immense.