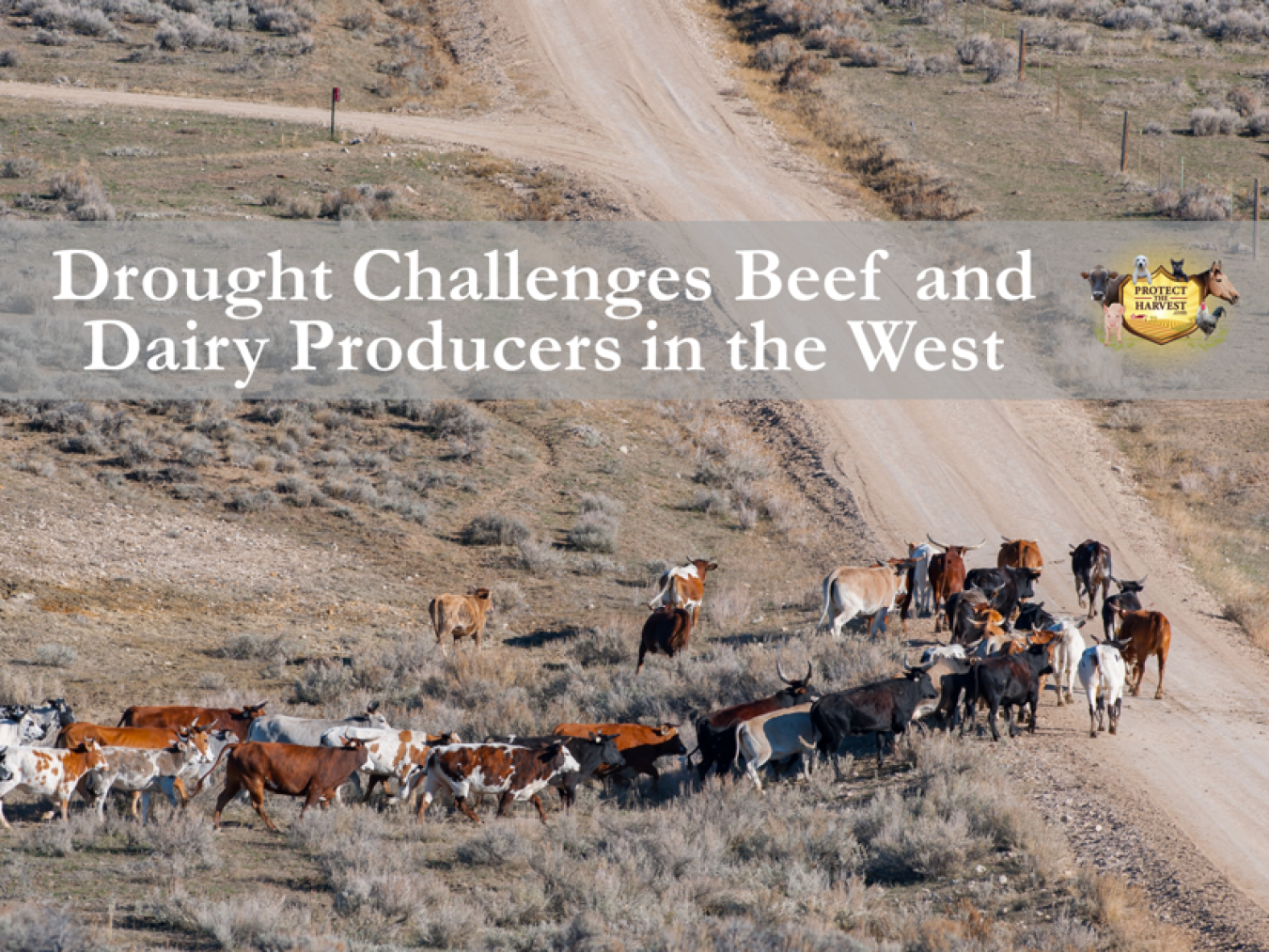 DROUGHT CHALLENGES DAIRY AND BEEF PRODUCERS OF THE WEST

The Western States that make up nearly half the country continue to be plagued by severe drought. People, animals, and businesses are all facing extreme temperatures and strained water resources. This entire year has brought with it such severe conditions that many believe it is one of the worst droughts on record. Many impacted regions are even classified as being “severe” or “exceptional.”

More unfortunate is that the drought encompasses the heart of our nation’s “cattle country.” This leaves farm and ranch families, especially those who produce beef and dairy, to suffer exponentially. Not only is water essential for the upkeep of their animals, but it’s also necessary to grow the forages and grains to feed them.

Crops produced under drought conditions tend to lack or to be low in vital nutrients. This can lead to decreases in milk production, fertility, and growth which further impacts the bottom line of farming and ranching families. Purchase and transportation of adequate feeding materials is costly, and even when that is an option, only limited quantities are available.

Despite these setbacks, dairy and beef producers of the West are still working hard to bring high-quality meat and dairy to American families.

Just how dry has this year been? Right now, nearly 70% of the affected states are in “extreme” or “exceptional drought” according to the U.S. Drought Monitor. Drought-like conditions in the western region isn’t all that new. It has been an ongoing issue almost every year since 2000. The difference is that 2021 has been an exceptional case, with some experts calling it the worst in history.

This poses a huge problem surrounding access to high-quality drinking water. Adequate water is especially important for cattle in production settings. A single dairy cow will consume 30 to 50 gallons of water a day when she is lactating; when heat stressed, that demand increases even more. Beef cattle tend to be on the lower end, usually drinking closer to 30 gallons a day, but as temperatures increase, their water intake can easily double.

Due to the region’s limited rainfall, even on a good year, many cattle farms irrigate their crops which also requires a draw on the farm’s wells. With limited water available and the priority to water herds, many farms and ranches are forced to look to purchase feed instead of water crops, but even that is not so simple.

The situation is so extreme that many farmers and ranchers are reducing their herd sizes, largely due to rising feed costs. All these animals going into the beef supply chain means the national breeding herd is decreasing, which could lead to a tightened supply in the near future.

When beef or dairy herds are sold off for any reason, it is difficult to rebuild. Many farmers and ranchers are reporting that it will likely take two to four years to rebuild their herds back to their original numbers. Even if those numbers are built back up, the genetics that many ranchers have worked on for generations are often lost and take many generations of cattle to reacquire. This is important because ranchers build genetic lines that are best equipped to thrive with the environment and forage of that particular ranch.

Meanwhile the cost of feed continues to go up. Tony Toso, President of the California Cattlemen’s Association, told Reuters that he expects alfalfa hay prices to be as much as $300 per ton compared to $200-$220 a ton last year. 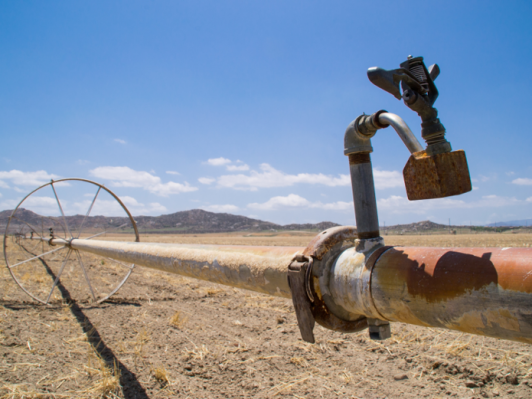 With the situation in the West as dire as it is, consumers will naturally be concerned about the impact on the retail market. It is true – across the board the prices consumers pay for meat and dairy products have been on the rise. Ground beef is up about 29 cents and milk is up 30 cents compared to last year (2020).

Even though prices are going up at the grocery store, that doesn’t mean that farm and ranch families affected by the drought are seeing any of those benefits. It’s quite the opposite. Today, on average, only 7.8 cents of every dollar spent in retail makes it back to the producer.

Due to the many factors that go into the dairy and beef supply chains, demand on the retail level doesn’t necessarily translate to higher prices on the farm or ranch. Factors such as processing, exports, transportation, and even politics all come into play. The food industry is also still working its way out of the impact of COVID lockdowns, backed up processing plants, transportation issues, and skyrocketing demands as consumers made panic purchases.

As the supply chain acclimates to the many issues facing food – including the shipping container shortages and labor shortages – we can expect retail prices to still fluctuate significantly.

It should also be noted that the challenges farmers and ranchers face doesn’t pose an immediate risk to food supply consistency. As more dairy and beef cows are entering the food system due to feed prices, we can expect beef supply to remain ample for the time being. However, smaller herds may have an impact a few years down the road. With increased milk outputs due to enhanced genetics, dairy farms can still meet demands with fewer animals.

The seriousness of the drought, the cost to rebuild, and the demand to feed our hungry citizens means that farmers and ranchers require some extra aid. The Department of Agriculture announced this year they were updating their emergency assurance for livestock, honeybees, and fish under the ELAP program. Previously the program covered transportation costs of livestock under extreme drought conditions, but it has been updated to include the cost of feed transportation. To tackle the loss of valuable cropland, the livestock forage disaster program (LFP) is also being offered.

Keeping food safe, secure and affordable is paramount to the beef and dairy industries, even under the most difficult of circumstances. One of the best things consumers can do to show their support is continuing to make purchases and keep enjoying safe and nutritious beef and dairy products.