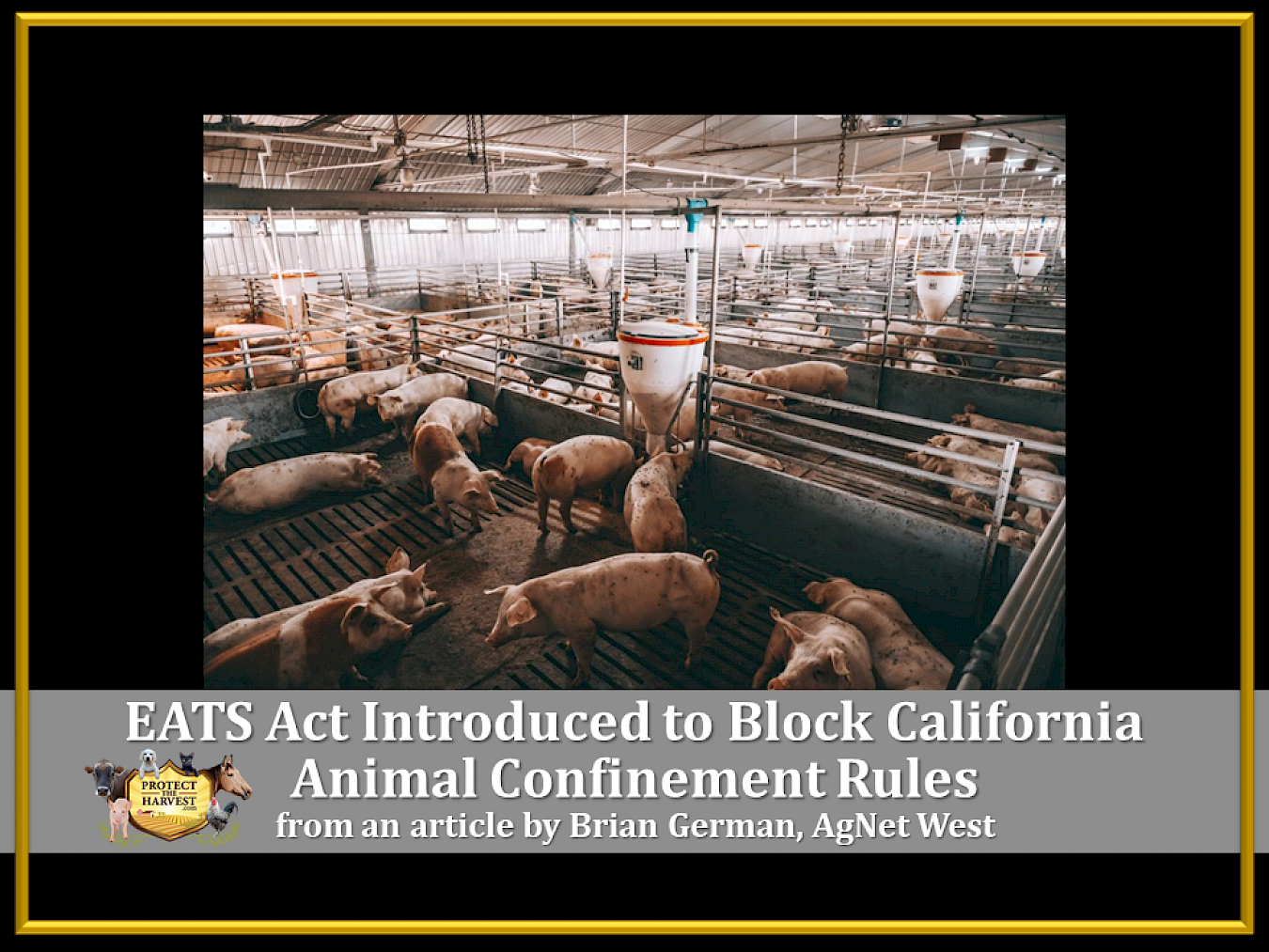 “Mississippians don’t like the idea of liberal states like California imposing their radical ideas on us or dictating how our farmers and ranchers do their jobs. I’m sure that’s the case from coast to coast,” Hyde-Smith said in a press release. “This pro-ag, pro-jobs legislation would establish a federal standard that fosters greater interstate commerce among states without interference from activist city or state governments.”

Passed by California voters in 2018, Prop 12 sets specific animal confinement guidelines for certain products sold in the state. The law applies to all producers nationwide that wish to sell products in the state of California. Several other states have since enacted similar types of laws impacting out-of-state producers. Under the EATS Act, state and local governments would retain authority to regulate farming and ranching in their jurisdiction. However, the legislation would make hindering trade from other states illegal.

Other Efforts to Block Prop 12 Thwarted

Industry groups have continually been trying to fight the animal confinement provisions of Prop 12 since it was first approved. A lawsuit filed by the National Pork Producers Council and the American Farm Bureau Federation has proven unsuccessful. The Ninth Circuit Court of Appeals affirmed the dismissal of that particular lawsuit last month. A similar attempt to block Prop 12 was made by the North American Meat Institute, which ultimately proved unsuccessful. More than 20 states have also voiced significant opposition to the implementation of Prop 12.

Prop 12 in California Aimed Against Animal Agriculture and Families

NEW INITIATIVE IN CALIFORNIA AIMED AGAINST ANIMAL AGRICULTURE AND FAMILIES