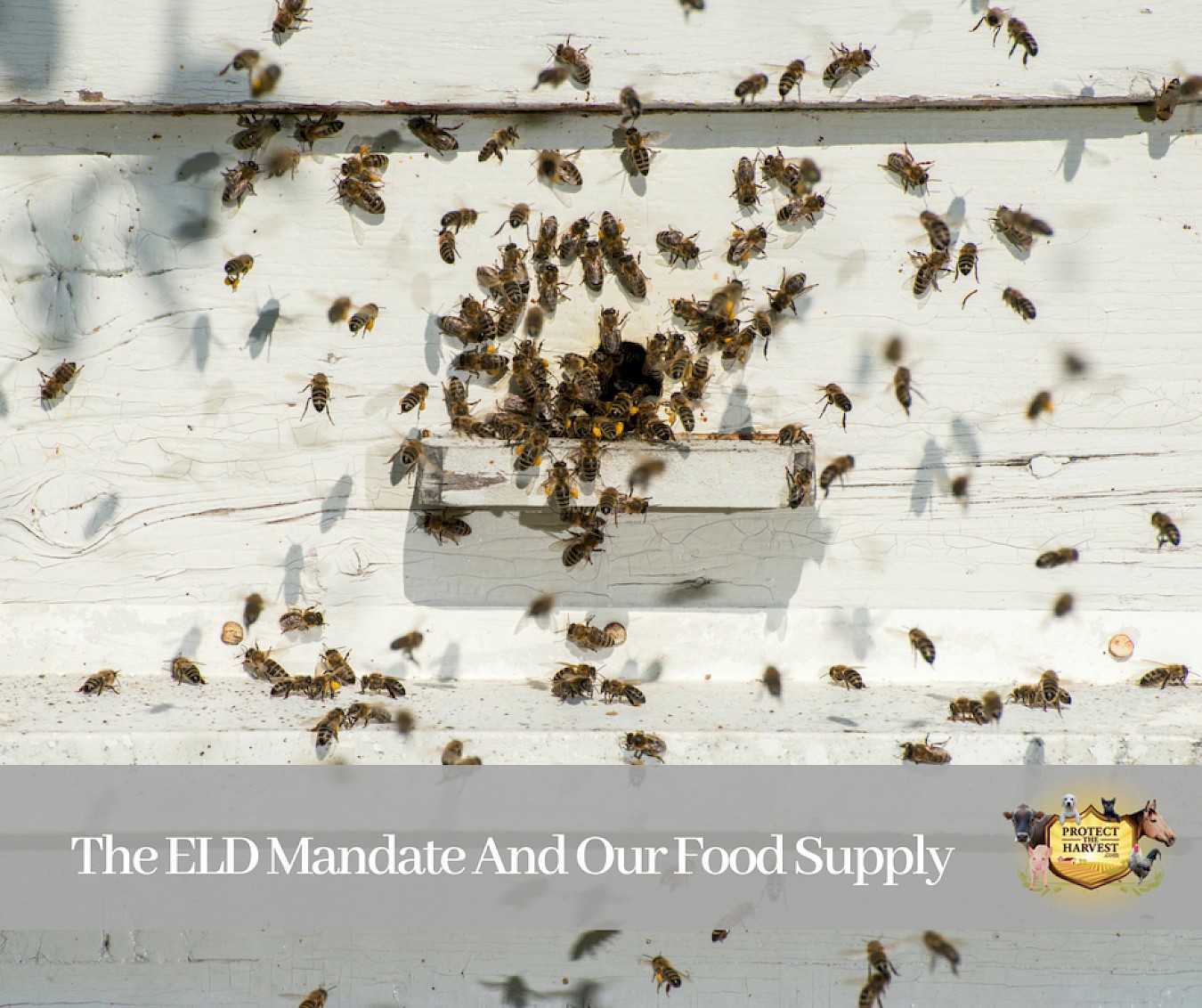 THE ELD MANDATE AND OUR FOOD SUPPLY

The ELD Mandate and Our Food Supply

Livestock haulers around the nation were up in arms, and rightfully so, when the ELD mandate threatened to tighten its grip on truck drivers. They breathed a temporary sigh of relief when the 90-day extension was approved in the Omnibus spending bill earlier this spring. However, the exemption period only lasts until September 30th, 2018.

A year-long exemption amendment has been introduced onto the Senate’s “Minibus” spending bill that would provide agricultural haulers an additional extension until September 30th, 2019. This would allow lawmakers time to come up with more common-sense rules for livestock and insect drivers. While this is encouraging, the bill still has hurdles to clear. Therefore, there is still major cause for concern when the current extension period ends.

What many people haven’t considered is how detrimental the ELD and Hours Of Service will be for the bee population and our food supply. Bees are responsible for every 1 out of 3 bites any human takes per day, be that a vegetarian, vegan, or omnivore. If stricter requirements are placed on bee haulers, our food supply will suffer. The timing of the exemption deadline is ominous, due to extreme heat in much of the Southwest and the fact that approximately 5 billion bees will be transported across the country to California, specifically for almonds, at that time.

The importance bees have in the agricultural industry is clearly invaluable. Without them, crop yields would be much lower. Without the ability to safely transport bees across the country, the potential for billions of dollars will be depleted from the economy. We will have to rely on other countries for imports on produce and other products. This is because 70% of food crops for animals and humans are pollinated by bees; as an example, just some of the crops that would be affected by lack of bees include: numerous seed crops such as alfalfa and onions and other crops such as almonds, cherries and apples.

Why Bees are Transported

High bee populations aren’t indigenous in many areas where crops are grown, nor are there enough native bees to produce the crop yields necessary to provide produce and other crops for our hungry nation. Therefore, large amounts of bees are transported to pollinate crops for a process called, “saturation pollination.” This process allows farmers to maximize yield, making the most efficient use of land, water and other resources. Less bees being hauled due to the ELD Mandate and HOS restrictions will cause a ripple effect in the industry that will, ultimately, increase food prices for consumers.

Hours of Service and the ELD Mandate Impacts Bee Haulers

Bees are transported across the country within 4 days with help of a great highway system. The 4-day timeframe ensures the hives aren’t on the road longer than necessary. The Hours of Service (HOS) restricts drivers to a maximum 11 hours of driving in one day, which doesn’t give drivers the ability to transport bees as efficiently as possible to keep them safe. Without a change in the HOS rule, in combination with the ELD mandate, this could potentially force drivers to stop in the middle of the day, risking the lives of bees.

Bees are highly sensitive to the heat, so keeping a steady flow of air on the boxes ensures they stay cool and inside their hives while in transport. To avoid casualties, drivers typically drive when it’s cool and don’t unload in the daytime if it is above 80 degrees. Certain practices, such as avoiding parking at night to avoid the morning sun shining on the bees directly, are done to protect the bees and give the drivers more time in the morning to drive before bees wake up and start moving around. Drivers must also avoid stopping for long periods of time. If they do stop for too long, the bees leave their hives and when the drivers start up again, the bees blow around in the wind which can cause suffocation of individual bees or entire hives. An additional concern is that when stopped and the bees leave their hives, many can get through the netting and away from the truck.

Bee keeping skills and experience are crucial to the successful transport of bees. With the restrictions and high-risk of hauling bees, many drivers have left the industry, leaving a smaller pool of qualified drivers to haul bees. Not only do bee haulers have to know how to handle a truck down the road to ensure it doesn’t tip, nor crash, they also have to manage the entire load of bees. Drivers must know when and where to stop as well as how the hives will react to outside factors. While there might be truckers who are seeking loads to haul, the truth of the matter is that the number of qualified drivers is rapidly declining. This means that finding drivers skilled enough to handle bee-hives is even less likely. Potentially, many small bee-keepers will be forced to sell out due to the rising cost and difficulty of finding a qualified driver.

The major concern when hauling bees is having to stop in heavily populated areas. Even though the netting is specially designed for bees and sufficient airflow to keep them cool, they can escape the netting. If bees do escape, a 408 to 412- hive load stopped nearby a public area could be extremely dangerous for those with allergies to bees. At this time, if bee haulers are mandated to use electronic logging devices, and strict hours of service rules, that are not designed with their industry in mind, they will be penalized $1,000 dollars for each offense recorded by the device. They will be forced to make the choice between public safety and the health of the bees or breaking the law. Should they stop as mandated by the electronic device, they risk major liability if the hive dies, which isn’t fully covered by insurance. Drivers will have a tough decision to make when their time limit is up; either pull over and risk losing the entire load of bees and risking public safety or keep going and receive a hefty fine.

The ELD Mandate and current Hours of Service restriction create more problems than they solve, especially when it comes to bees and livestock.

For more information on the ELD Mandate