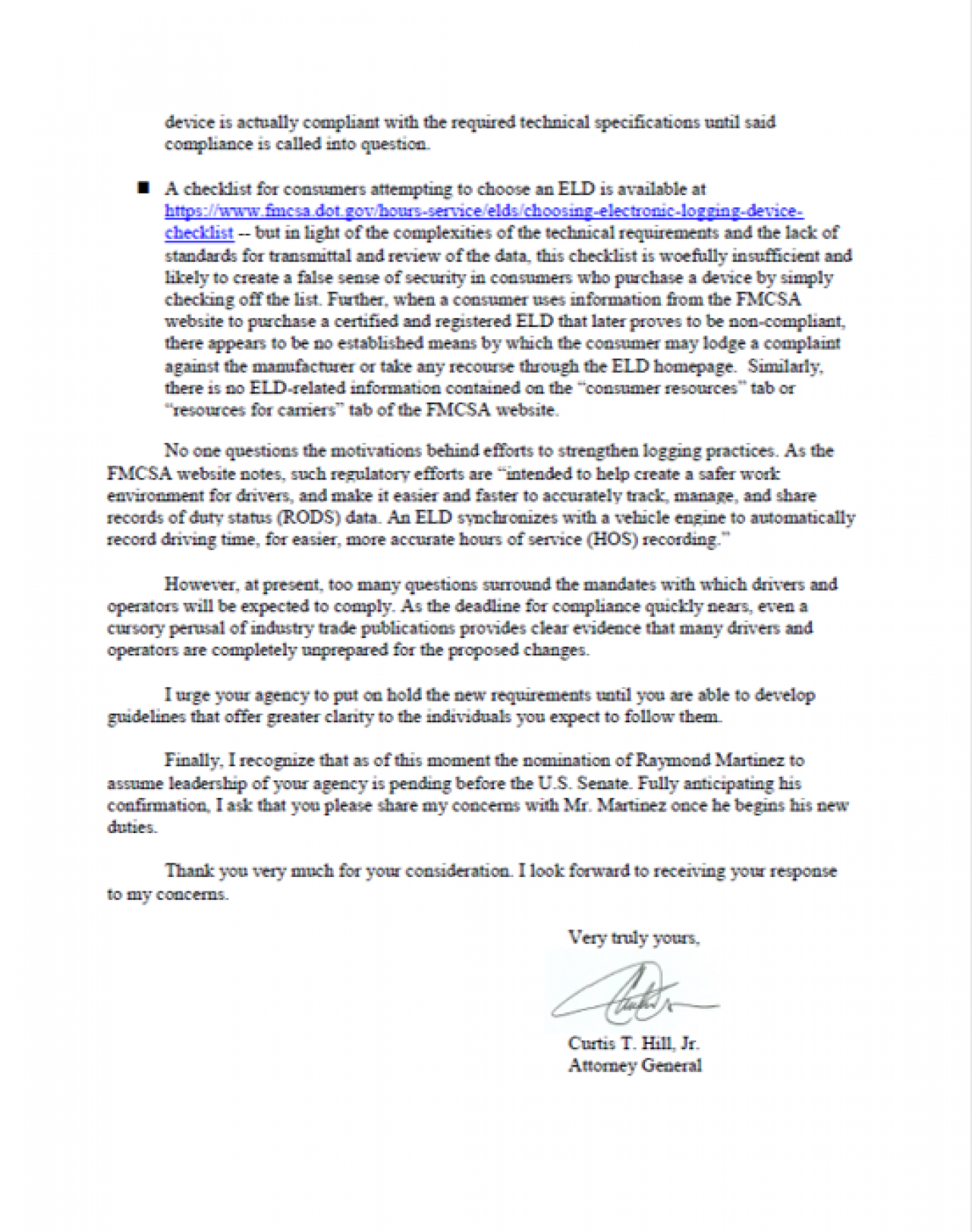 ELD MANDATE - LETTER FROM INDIANA'S OFFICE OF THE ATTORNEY GENERAL

"In a letter sent to the FMCSA on Wednesday, state Attorney General Curtis Hill asked for a delay on the mandate, citing the “self-certification” provision in the current regulation that allows device manufacturers to claim their ELDs are compliant, without any government or third-party verification.

“With manufacturers of ELDs currently responsible for ‘self-certifying’ their compliance with government standards – with no effective procedures seemingly yet developed to provide oversight over such self-certifying – drivers and operators are left without any way of ascertaining which brands and models of devices ultimately will pass muster,” Hill’s letter states. “They must fly blindly into investing in products they are being required to purchase.”

The letter asks for the FMCSA to put the new requirements on hold until the agency can “develop guidelines that offer greater clarity to the individuals you expect to follow them.” Hill’s concerns about allowing device makers to say their ELDs are compliant with the regulations without third-party testing were among the numerous concerns the Owner-Operator Independent Drivers Association has raised in its long-running opposition to an ELD mandate.

“How many more ways can the message be delivered? This thing ain’t ready for primetime. The prudent and responsible thing to do for the agency is to put it on hold until all the pieces can be sorted,” Spencer said. “It’s a reflection of a reality that is just now dawning on states and state officials. Certainly many entities that use trucks never dreamed they could be caught up in the ramifications of such a wide-ranging mandate.”