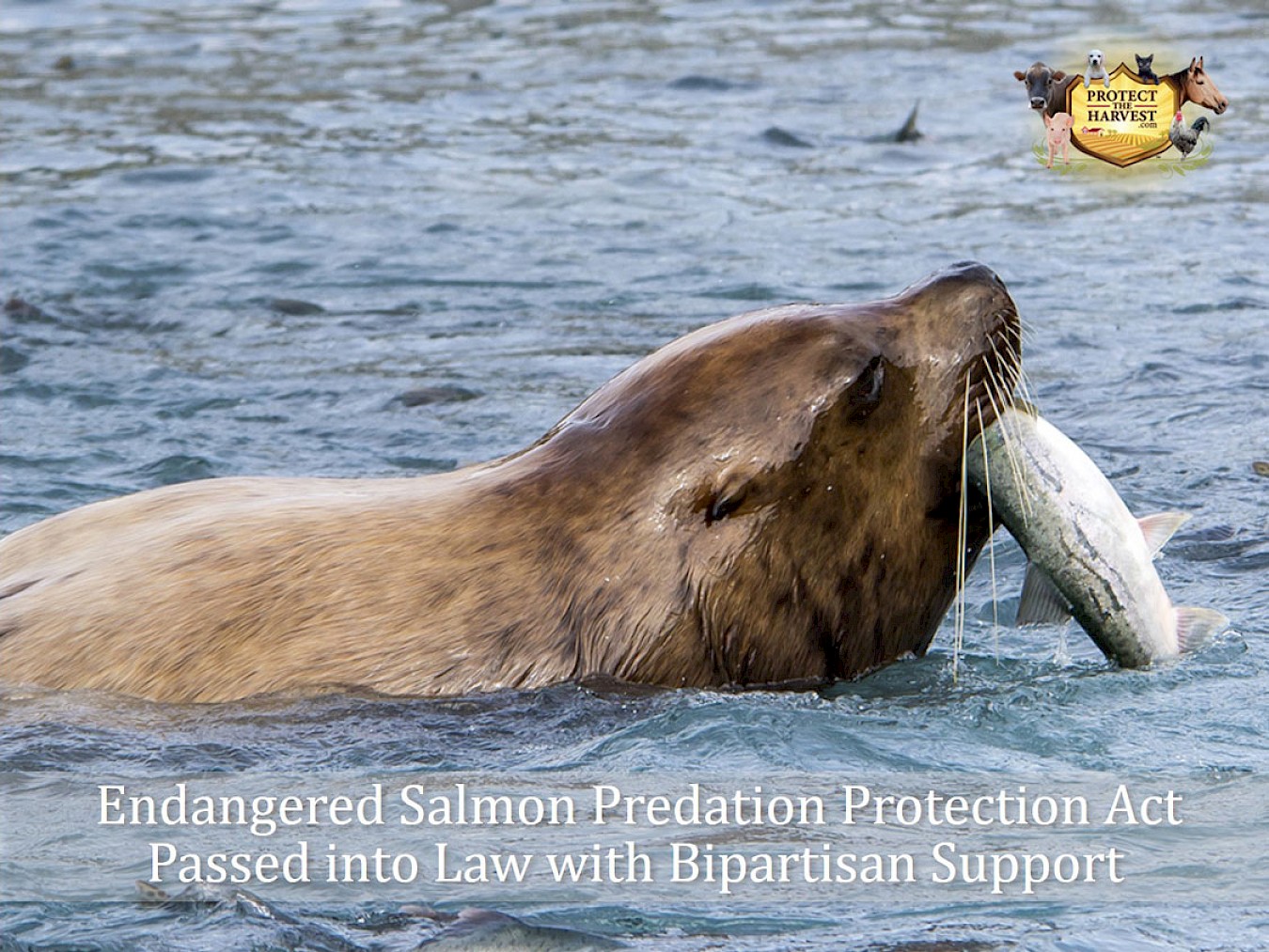 The Endangered Salmon Predation Protection Act, also known as S. 3119, was passed into law on Tuesday. This bipartisan bill, authored by U.S. Representatives Jamie Herrera Beutler (R- WA) and Kurt Schrader (D-OR), will allow for the legal taking of sea lions on the Columbia River and its tributaries to protect endangered and threatened species of salmon and other nonlisted fish species.

In previous articles we have shared our concerns with the sea lion’s predation of keystone species like salmon, steelhead, and sturgeon. In recent years, some groups of sea lions have learned to swim up the Columbia River to feed on fish passing through the Bonneville Dam, where they are most vulnerable. Oregon and Washington Fish and Wildlife Departments have tried several non-lethal hazing techniques to deter them from loitering at the dam, but it was all to no avail. In order to protect the fishes’ population, they recommended culling a number of them as a final resort.

This bill garnered bipartisan support and easily moved through the House and Senate earlier this year. We at Protect The Harvest, want to thank Congresswoman Herrera Beutler, Congressman Schrader, and Senators Cantwell and Risch for their efforts to get this bill passed. We also want to thank Don Young, Dan Newhouse, and Cathy McMorris Rodgers who were cosponsors of the House version. As well as thank Senate version co-sponsors Senator Merkley, Senator Wyden, Senator Murray, and Senator Crapo.

This law will likely have positive long term effects on the populations of salmon, steelhead, and sturgeon. Fish and wildlife scientists predicted that there is an extremely high likelihood that if the sea lion’s numbers continued to go unchecked, at least one of the steelhead’s runs will go extinct. Beyond that, dwindling salmon populations have also led to serious concern about Orca populations. Orcas are a threatened species that rely on salmon as a major food source. By protecting the endangered salmon populations, we are also protecting local orca populations. For these reasons, Protect The Harvest has been a steadfast supporter of this legislation since its beginning. We have done our part to educate the public of this issue and its implications, and we are so pleased to see that those efforts have helped push this bill through.

For additional information about this issue you can read through the articles we have shared previously:

Prev Article
Horses as Livestock
Next Article
Habeas Corpus Is For Humans, Not Animals