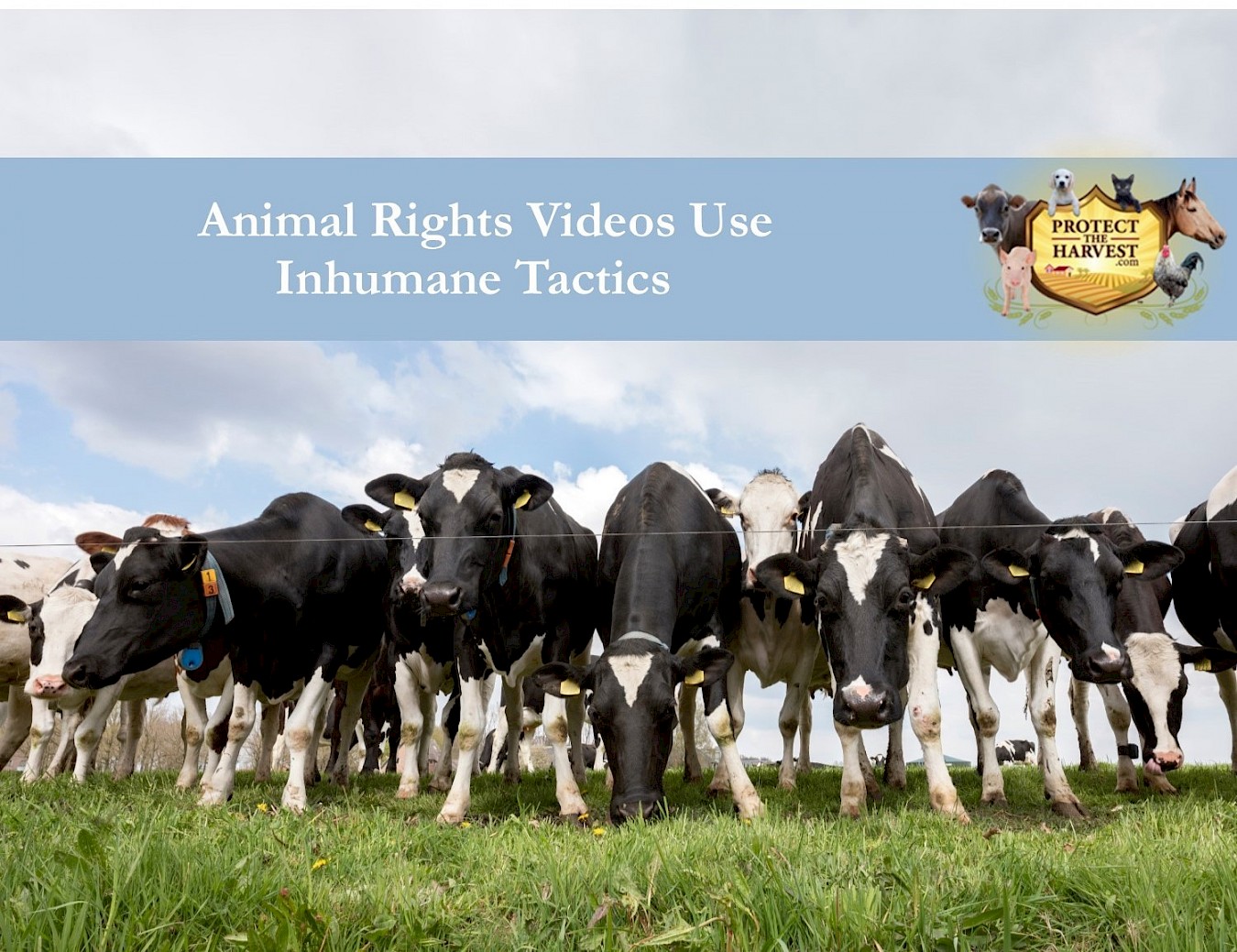 We, at Protect the Harvest, like most Americans, believe that any form of animal abuse or cruelty is reprehensible. We advocate for animal welfare and know that most livestock owners work diligently every day to provide proper welfare to their livestock.

The recently released videos set at Fair Oaks Farms serve as an example of what the radical animal rights activists are capable of when trying to influence the public. We have reviewed the videos and the abuse shown and it is extremely hard to watch. The behavior towards and treatment of the calves in these videos is inexcusable and unacceptable. If you have not yet seen the videos, be prepared if you do decide to view them.

Radical Animal Right Groups and the Videos They Publish

The primary goal of animal rights groups is to put an end to animals in human control and care. Animal agriculture has always been one of the main targets of the animal rights agenda. With the urbanization of our society, unfortunately, most Americans know little to nothing about livestock welfare, how it is raised, or why things are done a certain way. This naivety allows animal rights groups to warp information and situations to suit their agenda and present themselves to the public as an authority on animal care, which they are not. One way they do this is to demonize animal agriculture by producing videos with intentionally high shock value, most often by any means necessary.

Here are a few common practices:

In addition to these common practices, here are a few other scenarios we often see from animal rights activist “undercover” videos.

What Kind of Person Takes A Video Instead of Stopping Abuse?

Keep in mind, the activists that seek employment at livestock facilities are not there to save those animals from cruelty, only to further their agenda, which, depending on the type of video, could mean they commit abuse for the sake of the camera.

No self-respecting person concerned with animal welfare would stand by and watch what these videos portray. They would either stop it, or at the minimum report it to owners, managers, or the authorities immediately. It’s clear by the fact that videos are filmed instead of abuse stopped (if it isn’t staged) that animal rights ideologues view their “under cover videos” as a means to an end. If an animal gets hurt along the way, it is just a casualty of war in their process.

ARM – The Radical Animal Rights Group Behind The Abuse Videos

The recently released video from Fair Oaks Farms was produced by Animal Recovery Mission (ARM) a confirmed radical animal rights activist group. ARM presents itself as a paramilitary organization complete with Special Ops type uniforms and gear. Here are some quotes from their founder that provides some insight into their mentality and tactics;

Note: More information about ARM will be available on our website.

We believe this lends evidence to this video being at least partly staged or scripted. The suffering of the calves in the video is horrific and the people that were doing and filming the abuse should be charged with all the crimes they committed.

It is important for all Indiana farmers to know about the Indiana Trespass Law. We encourage farmers and ranchers in the state to learn about the law and how it works. This law was put into place in order to protect farmers, ranchers and animal owners from the activities of animal rights groups and farmers should utilize it if their farm becomes a target. The Indiana Trespass Law can serve as a model and needs to be proposed in other states.

“Trespass ab initio is the idea that a person can have access to your property for certain purposes, but when the person exceeds the scope of that purpose, he becomes a trespasser. So, if you allow a feed truck driver onto your farm to deliver feed, he is an invitee. He has license to be there. The moment he leaves the truck to videotape inside the barn, he exceeds that license and becomes a trespasser. The Indiana Trespass Law addresses certain activities, including an employee hired under false pretenses who intends to commit an act outside the scope of her employment or an invitee (think feed truck driver) who is invited onto the property for one purpose, but exceeds the scope of that consent by taking additional actions (like taking video of livestock barns).” 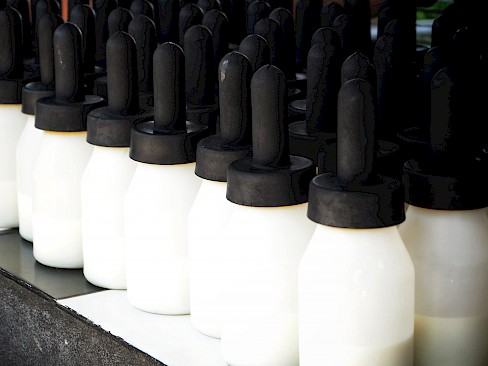 Fair Oaks Farms owners have made several public statements and videos leading up to and after the release of the ARM videos. They communicate in depth about their feelings surrounding the atrocities on their property and what could have been done to mitigate it. They have also been open about their plans to prevent any such activities in the future. It is important to understand that despite the current controversy, Fair Oaks Farms makes excellent use of modern agriculture practices and has strong practices for employee training and animal welfare.

Here are a few facts about Fair Oaks Farms and the Dairy industry: 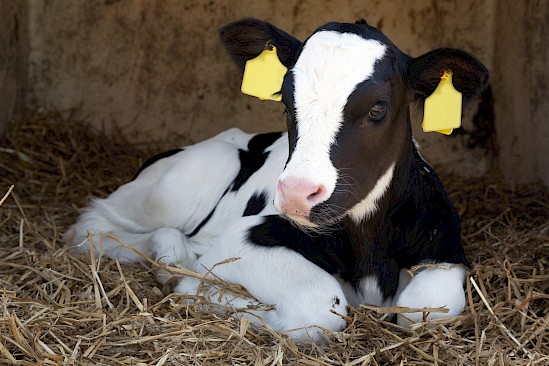 What Should Animal Agriculture Do to Combat the Animal Rights Attacks?

Farmers of all shapes and sizes have been targeted by radical animal rights groups. Most do not have the financial resources to fight back and get the truth out there as that comes at great personal sacrifice. We hope that Fair Oaks Farms, their affiliates, and business partners stand up to this video and help educate the public on the animal rights agenda. They are not alone in this controversy. All of agriculture needs to support each other when things like this happen. Great and small, the goal of animal rights groups is to end all animal use.

Be extremely careful when hiring: do thorough background and reference checks, any answers that seem well rehearsed are a sign of coaching, use of incorrect farm terminology is a red flag.

The below links show a few other examples of animal rights videos being scripted, edited, and the use of computer generation.

We would also like to share the movie “The Dog Lover” supported by Protect The Harvest produced by ESX. It is based on a true story.

Together We Can Stand Up to Animal Rights Groups

Protect The Harvest supports and works to protect all types and sizes of farms and ranches. They all play an important part in our society. As the animal rights movement is gaining ground and what happened to Fair Oaks Farms is becoming more commonplace, we must all come together to protect animal agriculture.

“It’s time for farmers, ranchers, hunters, and pet owners to wake up and understand that the Animal Rights Extremists are a force to be reckoned with. They are extremely well funded and have an ideology and tactics bordering on fanaticism and terrorism. They know that the politicians and media will not speak out against their massive lobbying machine. They have infiltrated and manipulated law enforcement at every level. We are decades behind them, and they are fighting from the high ground.”