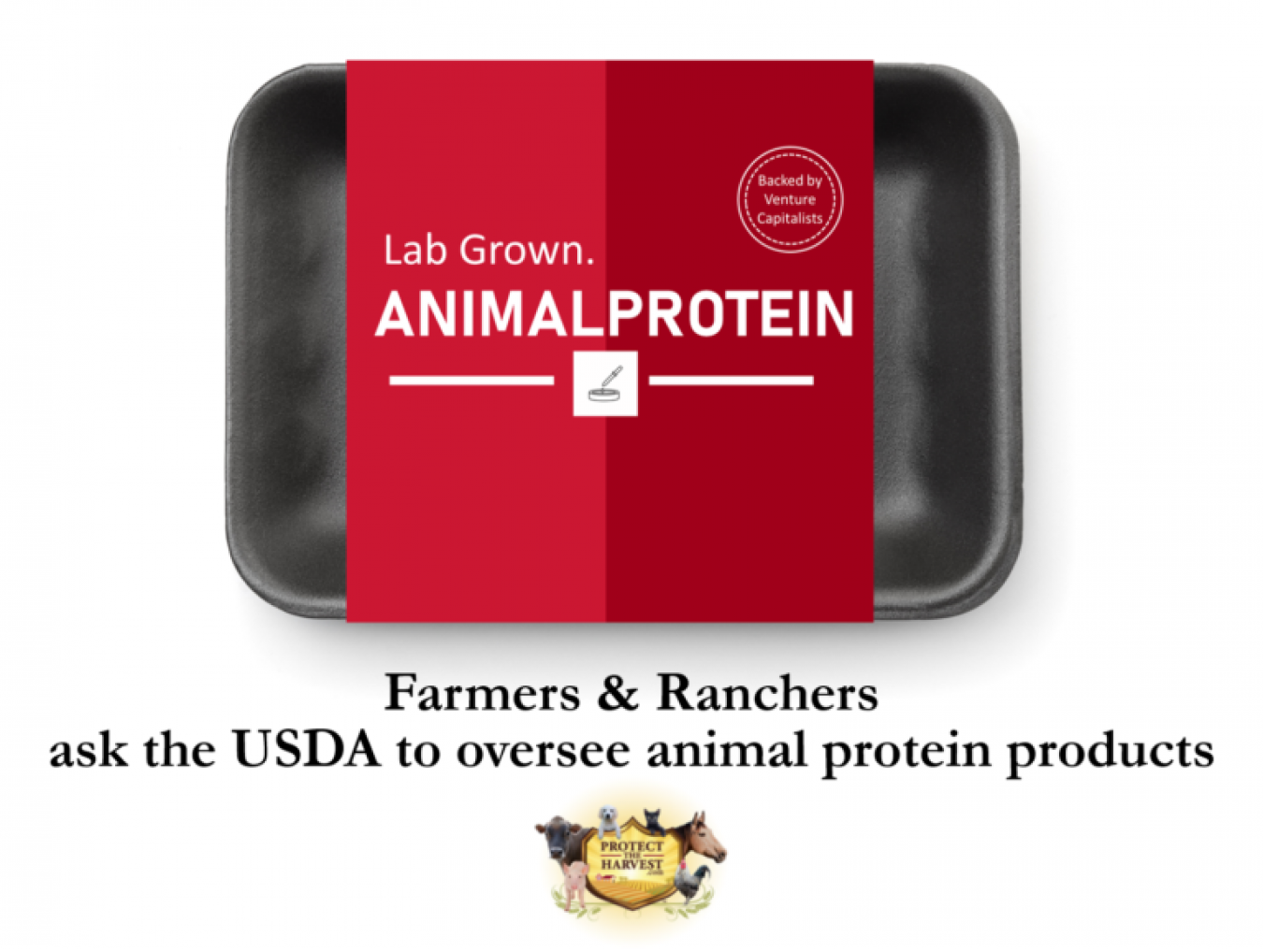 There are many concerns regarding how the emergence of new food products will be labeled, regulated, inspected and marketed, their impact on agriculture, and their impact on our economy. There is a controversy going on between the United States Department of Agriculture (USDA) and the Food and Drug Administration (FDA) over which agency will regulate this new food-sector industry. The center of the controversy is a lab-grown food product cultured from animal cells that big investors want to market as “meat.”

Another Opportunity for President Trump to Support Agriculture

Farmers and Ranchers across America are growing increasingly concerned with the direction the Food and Drug Administration is taking and are asking for the United States Department of Agriculture to oversee this new, emerging industry. A real opportunity for President Trump to show additional support for American Farmers and Ranchers is presenting itself as the debate over the jurisdiction of cultured animal protein products heats up.

In recent years, there has been a push from Silicon Valley venture capitalists to infiltrate our food supply and influence consumers. The Food and Drug Administration has allowed this to happen via their relaxed labeling requirements. The result is that consumers have been heavily influenced by fear-based marketing and misleading labels. Some examples of this are plant-based products the FDA has allowed to be labeled as “milk,” “cheese” and “meat.”

In addition to American consumers being misled under the purview of the FDA, there are growing concerns as well as Silicon Valley investors (Venture Capitalists) have recognized the value of the American food system. Venture capitalists (VCs) make their money by investing in new companies and are looking for a big return on their investment. A presentation prepared by PepsiCo titled, “Silicon Valley Meets Food” outlines plans to, “rethink farm to fork,” “rethink commerce,” and “build new business models.” A 2015 article in Entrepreneur titled, “Why VCs Are Devouring Food Start Ups,” outlined the billions of dollars that have been invested in these new “food-tech ventures.” The article quotes one venture capitalist’s view, “ … ag-tech has some risk, according to Mark Kahn, founding partner of India-based VC firm Omnivore Partners. He notes that farmers tend to be slow to adopt unproven technologies, which can frustrate venture capitalists with very high expectations. Returns are much faster with consumer food ventures.” Putting that quote into context, thank goodness American Farmers and Ranchers are cautious regarding unproven technologies since the very health and welfare of our nation relies on the food that they produce.

The USDA inspection process makes certain that American producers are following regulations and guidelines developed to safeguard the staples of our food supply system. Cell-cultured protein products should also be subject to the same comprehensive USDA inspection system that governs conventional meat and poultry products and other staples to ensure they are wholesome and safe for consumption, and to ensure they are labeled and marketed in a manner that provides a level playing field in the marketplace.

American farmers and ranchers believe that the USDA will be a fair and neutral authority. It is important that the White House not favor Silicon Valley investment interests over American Farmers and Ranchers who feed our nation and the world.

Prev Article
The Eld Mandate And Our Food Supply
Next Article
Thank You President Trump – The Hammonds Are Free!