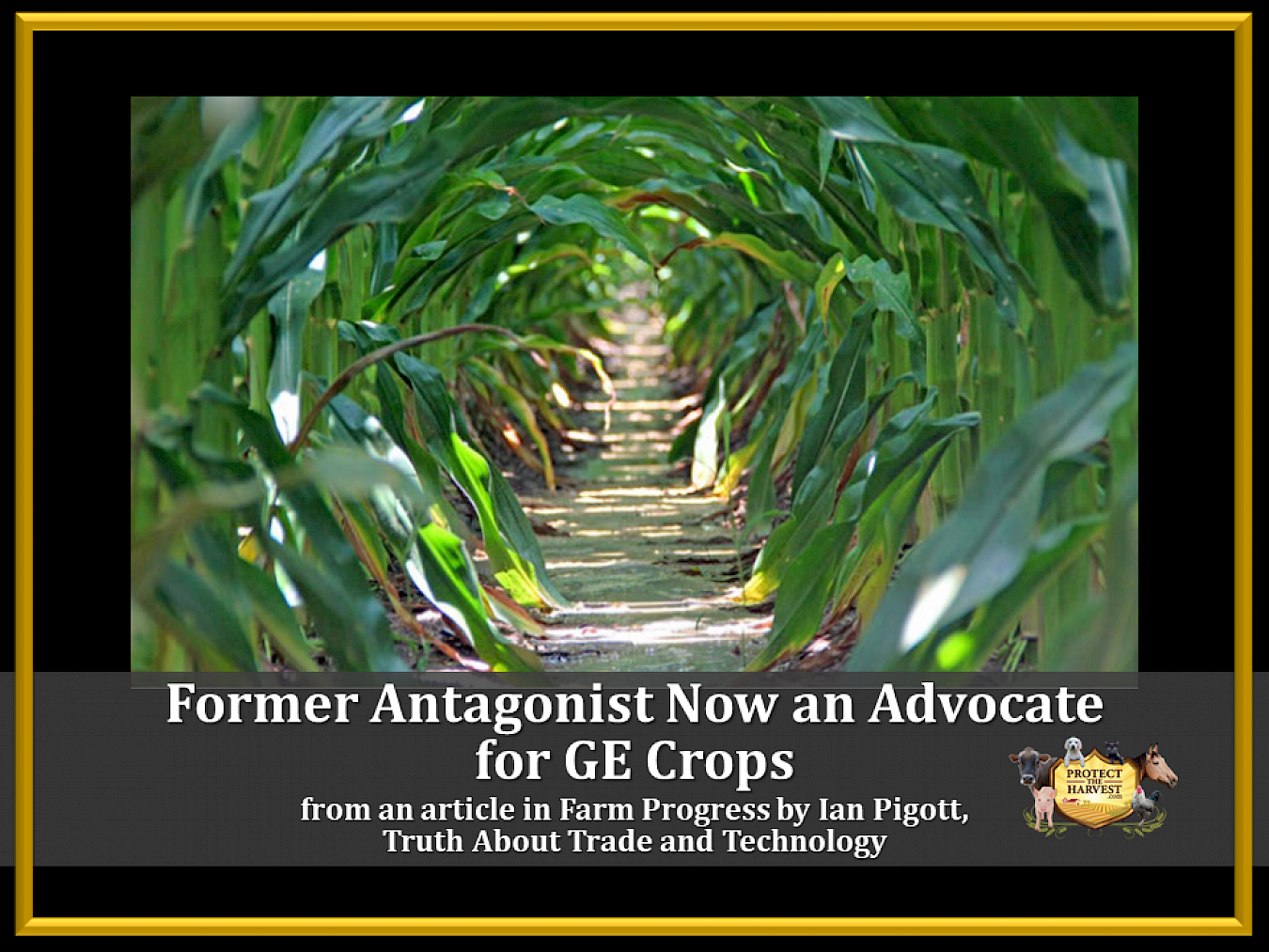 Instead of yanking GE crops from the soil, says Mark Lynas, true environmentalists should seek to plant more of them.

“There is nothing that an intellectual less likes to change than his mind, or a politician his policy,” says the British writer Theodore Dalrymple.

Mark Lynas is both an intellectual and a political activist—hence his recent decision to change his mind is so notable. Earlier this month, he announced his conversion from foe to enthusiastic supporter of genetically engineered crops.

I was in the room when Lynas revealed his change of heart whilst delivering the Frank Parkinson Lecture at this year’s Oxford Farming Conference. His talk deserves a wide audience here in the UK, where we are not allowed to grow the modern crops that farmers in the Americas and elsewhere take for granted.

For years, Lynas has been one of the world’s leading environmental campaigners. He’s best known for his work on climate change. One of his books, “Six Degrees,” won Britain’s most prestigious award for science writing. It was also turned into a documentary for National Geographic, narrated by the actor Alec Baldwin and watched by millions.

When he wasn’t talking about climate, Lynas often could be found protesting GE crops. He was not merely an extremist who wrote newspaper articles against 21st-century agriculture but also a militant who set about damaging GE crop trials.

This destructive activity, says Lynas now, “is analogous to burning books in a library before anyone has been able to read them.”

Lynas calls the effort to spread malicious propaganda against GE crops “the most successful campaign I have ever been involved with.”

Now he regrets it.

“I want to start with some apologies,” he said at the beginning of his remarks. “I apologize for having spent several years ripping up GE crops. I am also sorry that I helped to start the anti-GE movement back in the mid-1990s, and that I thereby assisted in demonizing an important technological option which can be used to benefit the environment.”

Instead of yanking GE crops from the soil, says Lynas, true environmentalists should seek to plant more of them.

Conviction of a Convert

“The GM debate is over,” he said. “We no longer need to discuss whether or not it is safe. Over a decade and a half with 3 trillion GE meals eaten, there has never been a single substantiated case of harm. You are more likely to get hit by an asteroid than to get hurt by GE food.”

He went on to explain why GE crops are good for the environment: They allow us to produce more food on limited land, shrink our carbon footprint, and reduce our reliance on chemical sprays.

In one respect, Lynas said nothing new. As a farmer who devotes 15 percent of my land area to environmental stewardship, creating habitats for birds, mammals and pollinators, I too believe that we could enhance biodiversity and reduce our environmental footprint if we grew biotech crops.

Yet Lynas is different. We know from history that a convert’s opinion can wield much greater influence—so a one-time environmental activist could become one of the greatest advocates for modern farming methods.

Lynas said in his speech that he first began to have doubts about his opposition to GE crops by reading the online comments to his newspaper columns.

Readers encouraged him to look more closely at the science of biotechnology. “I discovered that one by one, my cherished beliefs about GE turned out to be little more than green urban myths,” he said.

If the discussion over GE crops were approached by the public, intellectuals and policy-makers with the honesty and open-mindedness of Lynas, I believe they would soon realize that its role is pivotal to feeding our growing population in a sustainable and environmentally sensitive way.

Ian Pigott runs a diversified farming business in Harpenden, UK. Located just 20 miles from the centre of London, he grows wheat, oilseed, rape and oats in rotation. The farm is a LEAF (linking environment and farming) demonstration farm. Ian is a member of the TATT Global Farmer Network (www.truthabouttrade.org)