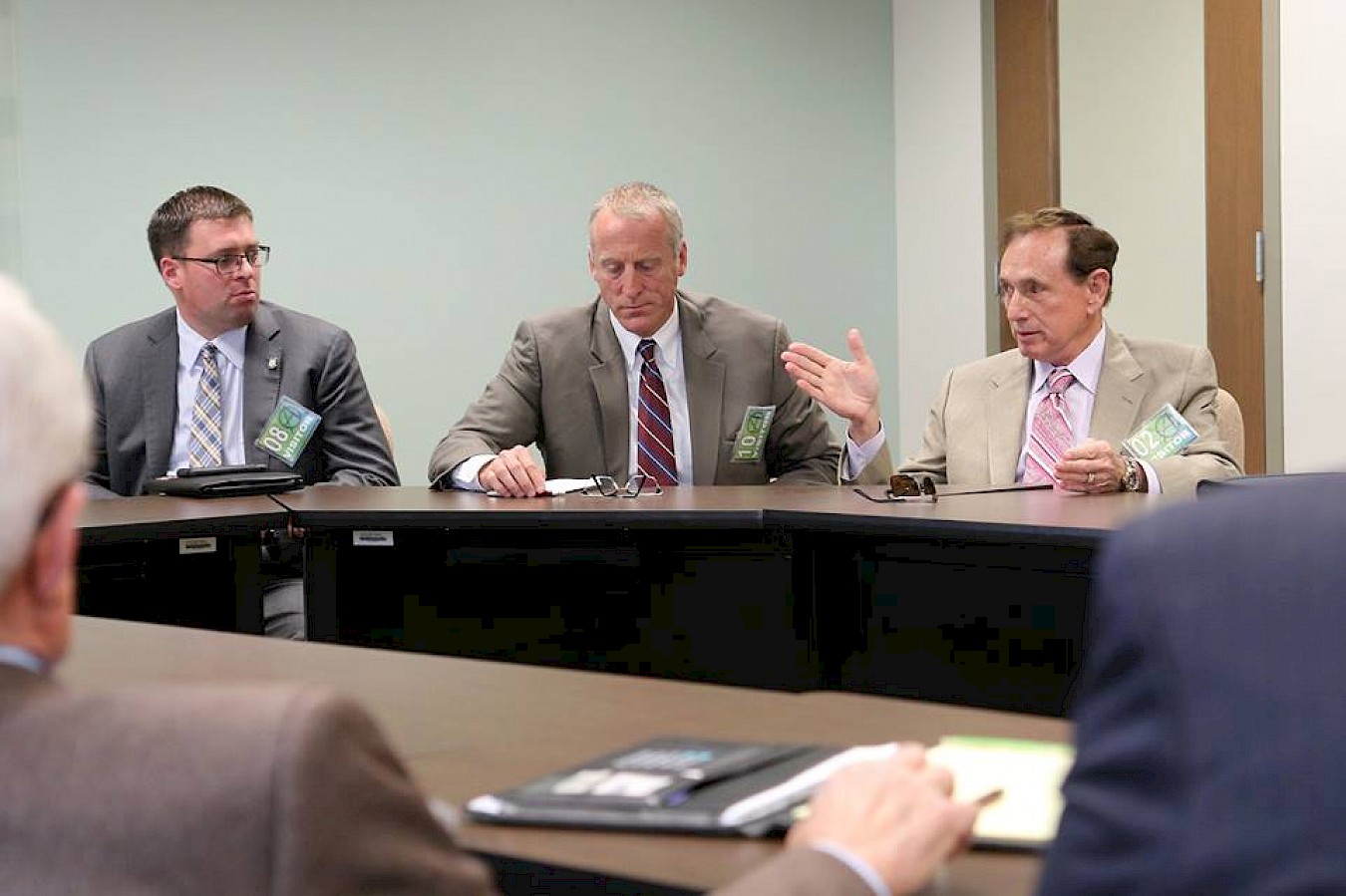 Photo via Oklahoma Farm Bureau[/caption]   As you may recall, the Oklahoma House of Representatives recently voted in overwhelming favor of placing a Right to Farm Amendment on the ballot in Oklahoma. The issue is currently being discussed in the State Senate. Following in the footsteps of North Dakota and Missouri, this Amendment would allow Oklahoma to become the third state to Constitutionally protect its farmers and ranchers from attacks from outside special interest groups. Protect The Harvest offers our full support of these amendments in any way that we can. As part of an initial effort to rally agriculture groups, PTH Founder Forrest Lucas, along with other members of the PTH team, met with these groups Monday to discuss the issues currently affecting agriculture and reinforce the benefits that Right to Farm Amendments provide, not just for producers and ag groups, but for consumers as well. A major reason for our involvement in this issue is to combat the negative sway of groups such as Humane Society of the United States (HSUS), who are already spending money and employing mass communication strategies to influence the Senate's vote. From the Oklahoma Farm Report:

In an email that went out to Oklahoma supporters of the HSUS earlier today, the organization says "While a deceptively named "Right to Farm" bill is meant to sound beneficial, but it would actually hurt local communities." HSUS claims "HJR 1012 would give out of state corporations free reign to pollute our land and drinking water, abuse our animals and destroy traditiopnal family farmers' way of life." The emails are sorted based on the recipients location and assigns them Senators from their area that they need to contact and call on those lawmakers to oppose the measure. The email is signed by Wayne Pacelle, President and CEO of the HSUS in Washington, DC. They also reference a TV ad that HSUS is funding to urge a no vote on "Right to Farm."

Forrest Lucas has reminded Oklahoma officials and citizens of the harm HSUS has already done to the state. The wounds are still fresh from the false advertising campaign the group ran in the state following devastating tornado strikes, and HSUS has made no hesitation towards going after Oklahoma Ag groups and Oklahoma's Attorney General Scott Pruitt in the past. They've clearly made a lot of enemies there, yet they continue their all-out assault on one of Oklahoma's top industries. This makes it abundantly clear that a Right to Farm Amendment is necessary for Oklahoma's future. For the full story, visit Oklahoma Farm Report.
Prev Article
Will USDA & HHS Use Sound Science on Red Meat in 2015 Dietary Guidelines?
Next Article
Famous Sportswomen of History: Annie Oakley