GETTING A NEW FARM BILL COMPLETED! 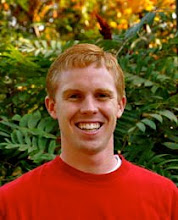 Ag Blogger, Lance Atwater, grew up on a family farm in south central Nebraska. His blog, A Growing Passion, details his pursuit of promoting America's great agriculture industry. He often writes about life on the farm, opinions relating to agriculture policy issues, and faith. This week, he wrote about the Farm Bills recent advancements in the U.S. House and Senate – "A Farm Bill is a bill for jobs, food, feed, energy, fiber, and can be a powerful economic engine for Rural America! A Farm Bill is what can lead to a bright future for not only the agriculture industry, but also our nation!" Stay up to speed with Lance by following his Blog (A Growing Passion) and on Twitter (@latwater1)

Getting a New Farm Bill Completed!

Like everyone else involved in the Ag industry, I was starting to wonder if our politicians were ever going to work on a new Farm Bill. However, it seems like we have finally gotten our answer, and it looks like our Senators and Representatives are now serious about getting a Farm Bill passed after letting the previous Farm Bill expire, which led to an extension of the 2008 Farm Bill. When we hear the word “Farm Bill”, a lot of the time people will think that it is a bill that is just for farmers and the farming community. While the first Farm Bill may have started off that way, it has transpired into a much broader bill that now includes nutrition, trade, commodities, conservation, and more. Because the Farm Bill includes so many different things these days, it makes it much more complicated to get a Farm Bill passed that addresses the issues that our country currently faces. In 2012, over 80% of the Farm Bill spending went to nutrition while the rest of the Farm Bill spending went towards the agriculture industry and rural America.
Prev Article
Animal Rights Groups and the Farm Bill: Congressman King’s PICA Amendment
Next Article
This Week in Insanity Ep. 4 - Why Has the IRS Failed to Investigate HSUS's Tax Exempt Status?