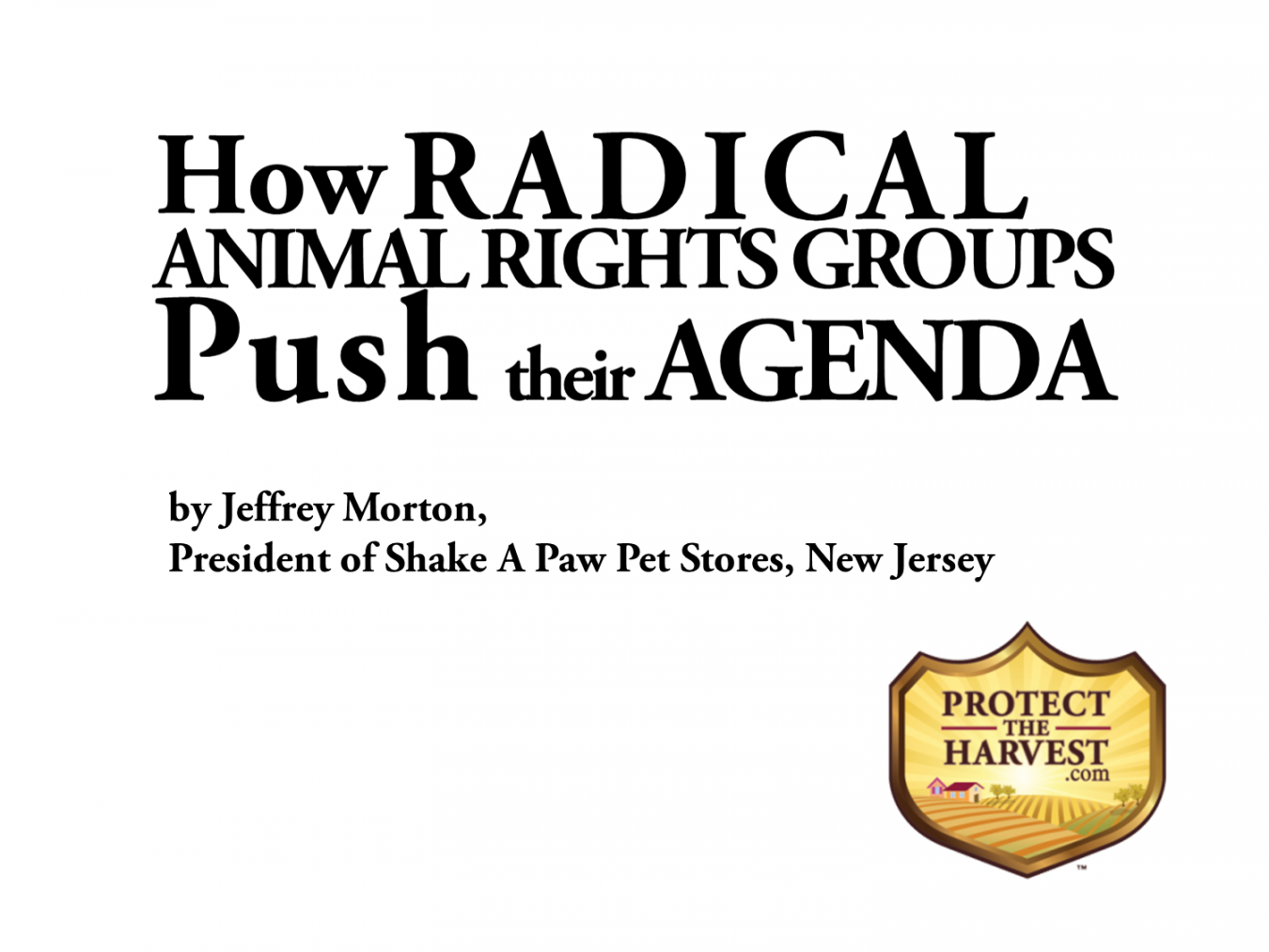 Radical animal rights groups have been leveraging specific states to push their global goal of eliminating pet ownership and your freedom of choice. California and Florida have become the home court advantage for the Humane Society of the United States (HSUS), PETA, ASPCA, ALF and other affiliated extremist groups and their agenda. In Southern California, these groups started attacking pet stores which resulted in a huge underground and unregulated dog trafficking problem in the state. Then they attacked Sea World, and launched a 10 year war against Ringling Brothers who even though they prevailed in their lawsuits, decided to close their doors. Animal rights extremists have been unrelenting in their attacks on the iconic horse drawn carriage rides in New York City. My home state of New Jersey is also a state where the Humane Society of the United States has a strong foothold. How does this happen? How have these groups gained legislative influence? In order for the HSUS and other groups to forward their agenda, they must first convince and motivate a state legislator who will introduce their bills. They accomplish this through campaign donations, hosting "Legislator Days" and handing out meaningless awards, such as the Humane Society of the United States’ "Humane Legislator of the Year" award. Senators that we will focus on in this article are from New Jersey; Raymond Lesniak, Cory Booker, Linda Greenstein, and Steve Sweeny. Senator Raymond Lesniak, (D), has been the poster child for animal rights extremist legislation. Financially backed and supported by the Humane Society of the United States, he has sponsored bills ranging from banning pig gestation crates, (there are 2 pig farmers in NJ), to halting bear hunts, to animal tethering regulations, to trying to legislate pet stores out of business. He is currently running for Governor, and will hopefully retire from politics if not elected. Senator Lesniak’s most recent bill, NJ SB 3041, was given a conditional veto by Governor Christie a few weeks ago. Despite opposition, Sen. Lesniak has vowed to push it through, with a vote scheduled for this Wednesday, May 25th. The bill started out as a sourcing ban which required all pet stores in New Jersey to only sell pets from rescues and shelters. Since then, it has been amended a total of 7 different times over the past year. The resulting bill is a real mess. New Jersey S3041 adds tremendous administrative regulations on the 20-some pet stores in the state. There is no longer a sourcing ban, but the administrative and reporting regulations that were added, and that pet stores and breeders will be forced to comply with, are significant. This bill directs the New Jersey Division of Consumer Affairs to create and maintain their own national breeder data base, without any thought or consideration for the privacy issues faced by dog breeders every day. This is a very real concern for breeders and pet stores who have been harassed by animal rights extremists. This is the same personal information which was removed by the USDA due to right to privacy issues. The bill is “marketed” as ban on illegal breeding practices. However, it does not do anything more than add red tape to the sourcing of healthy animals. New Jersey also has 2 additional bills on the way. Bill S3019 was introduced on 2/27/2017 by Sen. Linda Greenstein (D), and is labeled as a shelter reform bill. It is much more than that. It would make the spay or neuter of all animals, including pet store puppies and those sold or transferred by private breeders mandatory. It also establishes a State Income Tax check-off fund to finance continuing education for animal shelter directors. Bill S2847 was introduced on 12/12/2016 by Senate President Steve Sweeny (D), which also requires mandatory spay/neuter of all cats and dogs prior to sale or release from any shelter, pound, rescue group or pet store. NJ State Senator Cory Booker (D) is certain to become Lesniak’s successor in attempting to advance extremist animal rights agendas. Senator Booker was recently recognized with the Humane Society’s “Humanitarian of the Year Award” and praises his “stalwart dedication to animal protection and support for animal welfare laws”. Booker was previously named the “Hottest Vegetarian Senator” by PETA in 2013, and is now reportedly a vegan, according to US News & World Report. These animal rights extremist groups are well-funded and well-organized, often following the playbook of other well-funded organizations. Over the past 5 years, we have learned that fighting these bills is not a simple task. It takes tremendous time, energy and financial resources to combat these bills that try and take away our American freedoms. The good news is that folks in the animal care, farming and agriculture industries that were once passive, are now joining together to protect our common goals. Let’s continue to help and support each other, with the goal of protecting our American rights and values.

Jeffrey Morton is President of Shake A Paw Pet Stores in New Jersey, and the Shake A Paw Rescue and Adoption Center, a 501c3 non-profit shelter. He is also a member of PIJAC’s Government Affairs Committee.