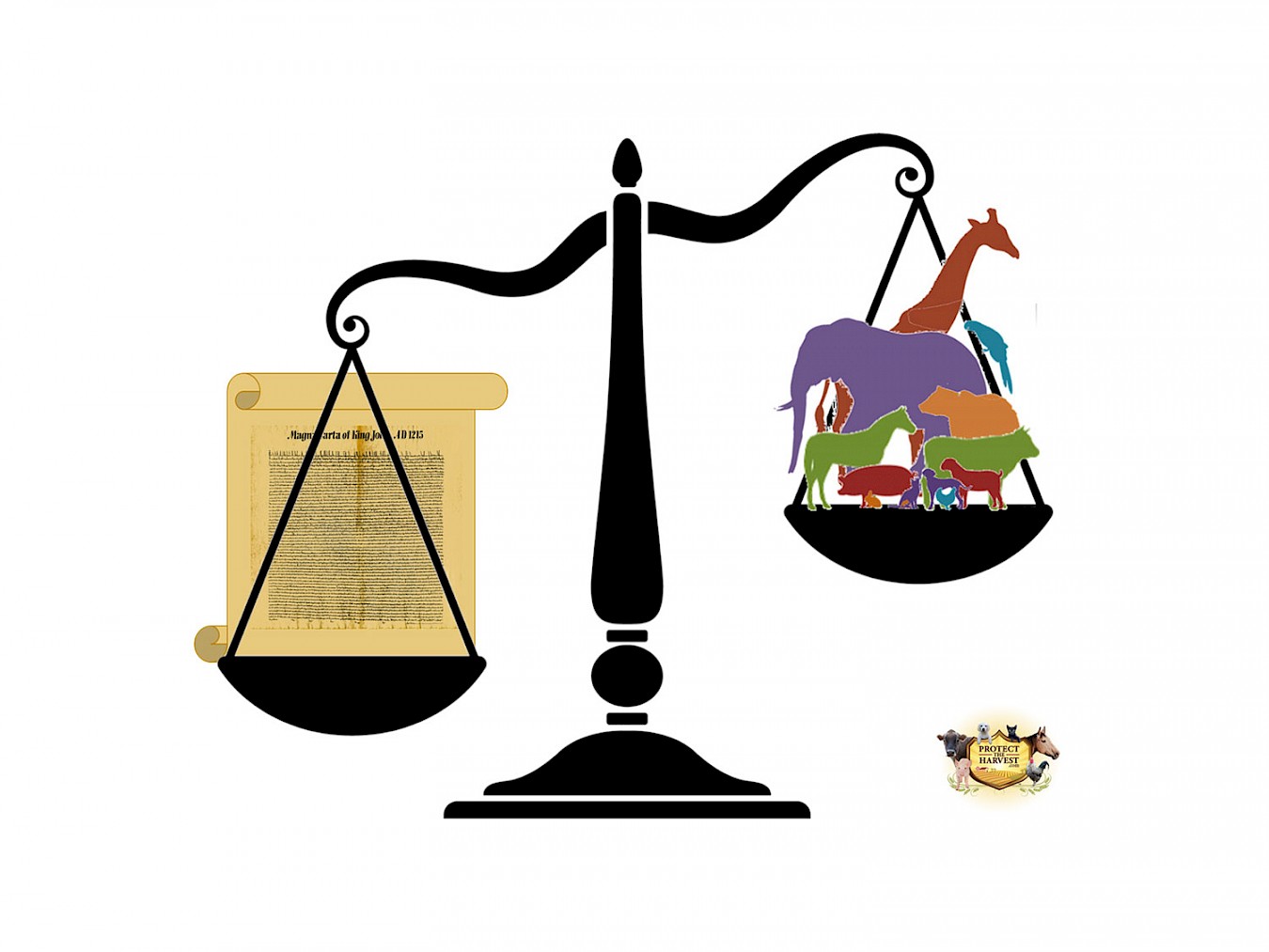 HABEAS CORPUS IS FOR HUMANS, NOT ANIMALS

An elephant at the Bronx Zoo in New York has recently made the headlines after an animal extremist group filed court documents to encourage a judge to award habeas corpus to an animal. This is an unprecedented and alarming event. No non-human animal has ever received habeas corpus. To fully comprehend the significance of this legal action and its impact on all animals and animal ownership as well as human civil rights, it is necessary to look at what habeas corpus means.

What is Habeas Corpus?

Habeas corpus has roots that extend back to the 12th Century in England and is most commonly referred from the Magna Carta. The Magna Carta states the following:

“No Freeman shall be taken or imprisoned, or be disseized of his Freehold, or Liberties, or free Customs, or be outlawed, or exiled, or any other wise destroyed; nor will We not pass upon him, nor condemn him, but by lawful judgment of his Peers, or by the Law of the land”

The United States added habeas corpus to our own Constitution during its establishment under the Suspension Clause, Article One, Section 9. It is written as:

“The privilege of the writ of habeas corpus shall not be suspended, unless when in cases of rebellion or invasion the public safety may require it”

The main purpose of habeas corpus is to inquire about the validity of a prisoner’s custody. It is often used to determine if the court had jurisdiction to impose a sentence. As this is a civil right, the sole purpose is to protect the freedom of humans from infringement. Essentially, in modern usage, habeas corpus refers to the right of a detained individual to be brought before a court or judge to determine whether the imprisonment is legal and justified.

To learn more about the difference between animal extremism and animal welfare: Here

In 2007, a group called the Nonhuman Rights Project (NhRP) formed. Their main goal is to change the status of animals to have the same rights as humans. The mission statement on their website states:

“To change the common law status of great apes, elephants, dolphins, and whales from mere things which lack the capacity to possess any legal right, to legal persons who possess such fundamental rights as bodily liberty and bodily integrity.”

To get this accomplished, the NhRP works both locally and globally in grassroots and legislative campaigns. The founder of this group, Steven Wise, has an extensive background in animal extremism. In the past he worked as the former president of the Animal Legal Defense Fund and has written multiple books on the animal extremist movement. Has also taught animal extremist law at Harvard Law School, Vermont Law School, and Tufts University School of Veterinary Medicine among others. The NhRP website states that they have sought habeas corpus for 8 animals. Seven of these cases have been dismissed or overturned. The Bronx Zoo elephant case is the 8th animal and is scheduled to be heard on December 14th, 2018 in Albany, New York.

What Habeas Corpus Could Mean for Animals and Humans

The ability for an animal to have habeas corpus would imply that they are persons and can participate in a social contract. However, animals are unable to be held legally liable for their actions. Even if an animal, such as a chimpanzee, has some human-like traits, that does not make the animal a person. Habeas corpus for animals brings rise to a number of questions:

Make no mistake, further litigation is the plan and the result would be devastating to animals. It would cause the closing of every educational zoo, and every laboratory conducting lifesaving research that benefits both animals and humans. It would certainly impact our precious food system and even owning a pet will become a thing of the past.

Habeas corpus is a common law civil right, it was written for and by people. Taking the law out of context to make it fit into the animal world reduces the significance of our human civil rights. Habeas corpus was written into our Constitution by our forefathers to protect human beings. Animals were and still are considered a person’s property and thus do not need protection from imprisonment.